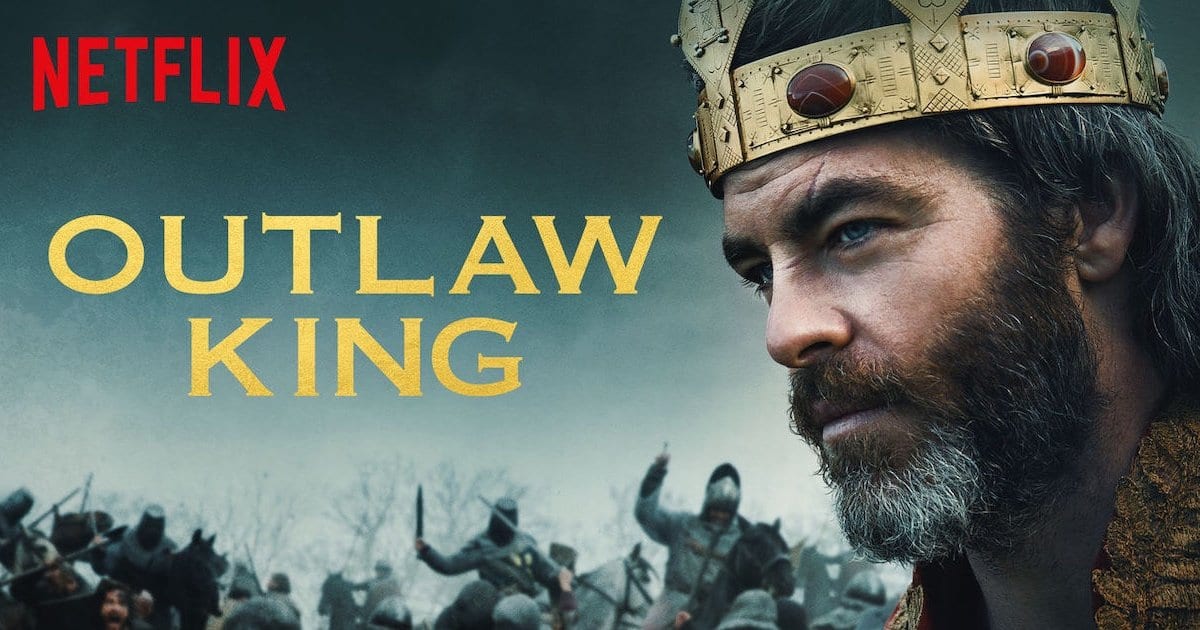 I’m going to be honest with you: when I first saw the trailer for Outlaw King, I was full of nothing but doubts. My initial expectations surrounding the abilities of both Chris Pine and Aaron Taylor-Johnson to portray these historical characters (particularly their accents) were about as low as they could be. Not to mention that Braveheart, arguably the most famous movie about Scotland, threw history to the wind in favor of clichés. The possibility of this happening again with the story of Robert the Bruce was forever on my mind. However, with the release of new trailers and footage, I found my anticipation for this movie growing to the point of waiting excitedly for its release on Netflix. 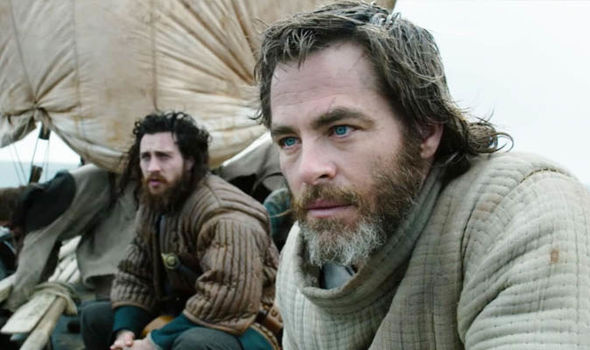 It is the 14th century and the armies of William Wallace are returning home. The Scottish Wars of Independence have seemingly come to a close with Scotland and England united once more.  But when the people of Scotland refuse to accept their subservient position below the boot of the English, Robert the Bruce — the true King of Scotland — has no choice but to wear the Scottish crown. With enemies to the north and enemies to the south, the exiled King of Scotland attempts to rally an army to fight the English and reclaim the freedom of Scotland once and for all!

When hearing the words “Scotland” and “Freedom” I’d imagine most people would think of Mel Gibson’s Braveheart. To many, Braveheart is a historical tale about the Scottish Wars of Independence. In truth, it only beats the historical accuracy of Quentin Tarantino’s Inglorious Basterds by a small margin! OK, that’s a slight exaggeration but I’m sure you get my point. Braveheart swapped accuracy for completely fictional romances and drama. The result was certainly an excellent movie but one that is incredibly misleading when considering the actual history of Scotland.

The reason I’m even mentioning Braveheart within this review is because it ties into Outlaw King in two ways:

Outlaw King takes a clever approach that allows it to feel like an unofficial sequel to Braveheart. However, due to the many inaccuracies of Braveheart, Outlaw King simply brushes over those particular moments that didn’t actually happen in the real version of events. So if you’re wondering how Edward I is alive in this movie considering he died in Braveheart, that’s because Braveheart bends the truth for dramatic effect.

image via We Are Movie Geeks

Without delving into spoiler territory, I will say that I was pleasantly surprised with how close to fact this movie stayed. This is perhaps most apparent in the attire the characters wear. Don’t go into this movie expecting blue faces and kilts. Instead, expect the sort of long, quilted linen garments that people wore during this time period. As you would expect, the English army is better equipped and therefore has more effective armor. This is of course something we see repeatedly throughout the film.

Several events within Outlaw King are clearly dramatized for the sake of adding entertainment value. However, most of the more brutal scenes do stick fairly close to the history books. One of the aspects of this movie that I certainly appreciated was the realistic relationships. Outlaw King doesn’t create dreamy-eyed lovers for the sake of storytelling. It focuses on the relationships and friendships that actually existed. Watching interpretations of truth really drives home how barbaric this time period was.

Similarly, the motivations and drives of the characters, not just the main characters but all the characters, are full of truth and emotion. You can empathize with their situations and you feel yourself rallying behind the underdog against the cruel and vicious tyrant. Every English action against the Scots really drives home which side is fighting for the right reasons. The problem with such a David and Goliath story is that it seems overplayed. We’ve heard, seen, and read about this same sort of battle over and over again. As a result, there is something all too familiar about the structure of Outlaw King. There are also a few moments that just became so silly and unrealistic that I found myself sighing, almost cringing. They don’t ruin the movie by any means but you do have to wonder why they were included at all. Outlaw King manages to bring action, thrills, excitement, discomfort, and humor together in a way that feels completely balanced and natural. Some scenes made me laugh, others had me on the edge of my seat, but for the most part I felt like I was watching a true telling of events. You really feel like Robert the Bruce takes on the role of King not for himself, but for his people. At times I felt like he was following them more than they were following him. For those of you who have seen A Knight’s Tale, I found that the group dynamics and friendships within both movies are similar. Outlaw King is full of powerful imagery throughout its entirety which adds to its artistic merit. Small moments such as a burning flag or the location of an event really add to the film’s overall message.

The various fight and battle scenes are excellent to watch. I feel like David Mackenzie took a page out of the Game of Thrones playbook. The sheer level of violence becomes overwhelming, almost claustrophobic, as you follow the main characters from one kill to the next. For the most part, each kill seems challenging and purposeful rather than swords just being swung around blindly. You feel a sense of camaraderie as these characters fight for the freedom of their country. It is certainly worth mentioning that the main cast were excellent. Personally, I’ve never found Aaron Taylor-Johnson to be that great of an actor but I was impressed with his performance. His portrayal of the crazy and berserker-like James Douglas was menacing, terrifying, intimidating and thoroughly enjoyable to watch. Similarly, Florence Pugh could switch from being dramatic to seductive at a moment’s notice. This was my first time seeing her on screen and I think she’s definitely worth keeping an eye on in future roles. I’m still on the fence as far as Chris Pine’s performance goes. He played the role better than I expected but I also found myself focusing more on the other characters. Stephen Dillane and Billy Howle both played the roles of Edward I and II well. However, Outlaw King doesn’t escape criticism. Without a doubt the biggest flaw of this movie would be the battles they chose to cover. The reason I mention this is because when the movie came to an end, it was similar to the first or second movie of a trilogy. Events had been set into motion, characters are separated to rally for another battle or events, and you just feel like there should be…more. The ending doesn’t feel like an ending at all, it doesn’t feel like a conclusion. It feels like the set-up for a sequel.

As far as I can tell, there aren’t plans to follow Outlaw King up with a sequel which is pretty disappointing given the content chosen for the second half of the movie. The rolling credits rob you of any sense of closure. This really impacted the overall enjoyment of the movie. It would be like the Lord of the Rings: The Fellowship of the Ring ending with a message that says “…and then Frodo took the ring to Mordor and destroyed it.”

Outlaw King is a bit of a mixed bag, though it has just enough noteworthy elements to skew towards a positive experience. Taking a more historically accurate look at this time period when compared to Mel Gibson’s Braveheart adds some serious legitimacy to this tale, adding a sense of strength to the hardships that these characters must endure.

It’ll leave something to be desired, but you can certainly do a lot worse on Netflix.

Thank you for reading! What did you think of Outlaw King? Comment down below!

I think Florence Pugh performance was outstanding. Big leap of quality towards Braveheart regarding the historical accuracy at least, but with some scenes, like Elizabeth being caged, made up for the sake of dramatic effect. I missed the spider scene given this context, it woud had given Robert a more solid hope when he discovers Marjorie and Elizabeth’s imprisonment.

Sounds worth a look, if it’s tried for some historical accuracy.