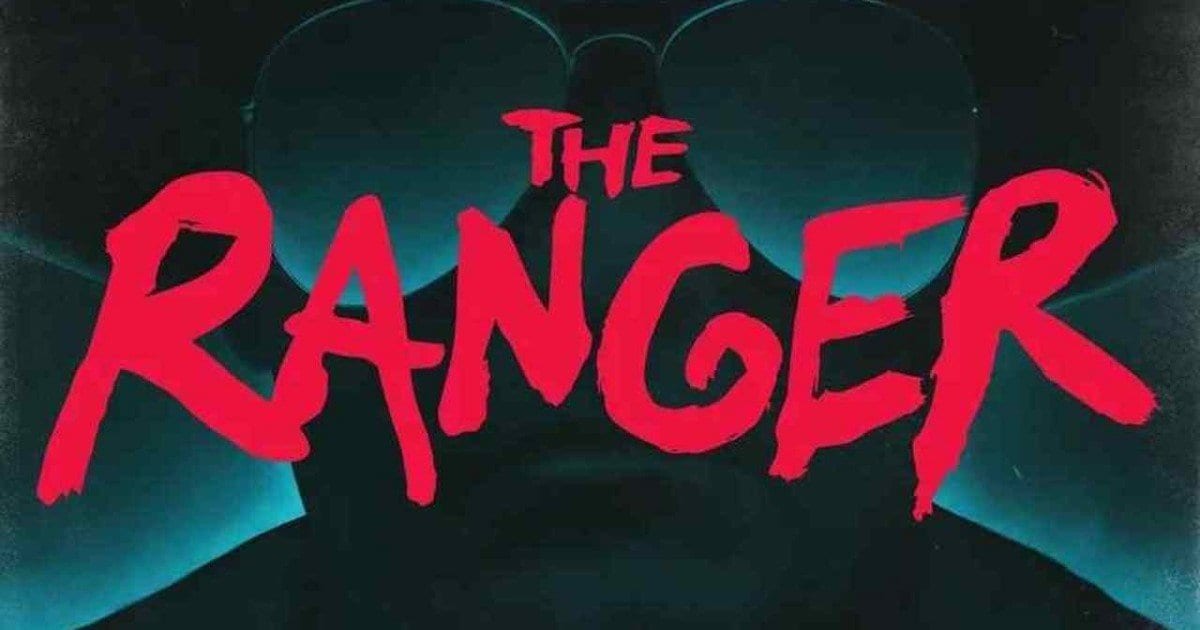 2018 has been a pretty fantastic year for horror both for big time studios as well as independent film creators. We’re starting to get weird again in terms of movies that are praised. As a lover of all things bloody and horrific, that’s great to see. The trend continues with The Ranger, a throwback to slasher films from previous decades.

The Ranger opens with a deafening gunshot, followed by the deceptive tranquility of the mountains and woods. A park ranger (Jeremy Holm) tries to comfort a distraught young girl, Chelsea (Jeté Laurence), by telling her that she’s a “survivor” and a “wolf.” The park ranger seems nurturing but also eerily attached to the girl. When the police arrive to pick her up, he tells her to never forget who she is — and to never forget him either.

Years later, an adolescent Chelsea (Chloe Levine) has found kinship and escapism with a group of unwieldy and hedonistic teen punks. When the police crash one of their parties, Chelsea is cornered by a policeman. Her boyfriend, Garth (Granit Lahu), comes to her rescue by stabbing the policeman, possibly mortally wounding him.

Together with their friends, consisting of lovers Abe and Jerk (Bubba Weiler and Jeremy Pope) and the mindlessly primitive Amber (Amanda Grace Benitez), Chelsea and Garth decide to lay low in Chelsea’s childhood cabin in the woods.  It’s during their time there that Chelsea is forced to confront her painful past, especially when the titular ranger discovers she’s back.

And when her friends start breaking all the rules of the park, the ranger begins to show his murderous devotion to wildlife preservation… Jeremy Pope as the axe-wielding ‘Jerk’ Image via collegemoviereview.com

The simple premise of The Ranger seems to be steeped in classic 80’s slasher tropes but with added psychological depth. A little more depth added to a genre that’s often (unfairly) perceived as sleazy — but that still makes a boatload of money as the newest Halloween has proven — could mean a world of difference.

The Ranger brought back memories of Jeremy Saulnier‘s superb Green Room, where a group of punk-rockers were at the mercy of homicidal neo-Nazis. Also, the talented Chloe Levine stars as the heroine. Levine had first given an impressive performance as the troubled Sophie in the vampire drama, The Transfiguration,so I was eager to see her star in her own movie.

Many people seem turned off by the current fascination with 80’s culture, a fascination that’s evident in numerous TV shows and feature films. But since I’m an 80’s aficionado, I’m actually quite happy about it, since many of its inspired works, such as the latest Halloween, Blade Runner 2049 and Mandy, seem to have been made with love rather than typical Hollywood greed.

Chloe Levine howling in terror as Chelsea. Image via filmfreakcentral.net

I’m going to spoil already that the film does not reach the thrilling greatness of Green Room (it would be unfair to have expected it to), but the film certainly delivers on graphic violence. It doesn’t contain Puppet Master reboot levels of gore — which had more gore than all twelve Friday the 13th films combined. But there are enough horrifying practical effects to satisfy gore lovers like me.

The kills themselves are not very creative. The ranger’s weapon of choice is a rifle. The most memorable cringe-inducing moment includes a bear-trap — and that’s all I’ll say about that.

Without spoiling anything, the character I wanted to have the most gruesome death sadly perishes too quickly. Considering that the film contains a small cast, the kill count isn’t very high. But the kills that do appear come with blood-oozing glory.

The Final Girl and the Slasher Villain

Jeremy Holm as ‘The Ranger’. Image via Electric Shadows

The best thing about this film is its heroine and villain. Chelsea isn’t some bland, virginal girl; she’s a monstrously flawed young woman, suffering from possible drug addiction and PTSD. She’s shown to be a pushover by her rambunctious friends and especially her douchey boyfriend, Garth. She’s also imbued with greater intelligence than her comrades.

Throughout the film we see the anxiety boiling up inside her. She’s been running all her life and now she’s forced to confront her gruesome past. Levine perfectly evolves Chelsea from the scared little girl, to the pretend punk-rocker, and the stronger woman she becomes at the end of the film. It’s a wonderful performance and I wish we had more well-rounded heroines in slasher movies.

Our villain, Holm is a menacing riot. From the first time we see him we know there’s something wrong with him. His smile hides a disturbing and sadistic depravity that knows no bounds. This is a crazed man, a man adrift in his own delusions. While his motivations are never entirely clear — and he could very well represent the suppressed PTSD of our heroine — there are enough hints throughout the narrative that can lead to fun speculation.

At the same time, Holm is darkly hilarious, especially when he starts spouting the numerous park violations toward his possible victims. On paper his character can seem a little ridiculous, perfect fodder for slasher parody. And while writers Wexler and Furino are definitely playful with his slasher shtick, they still retain his menacing fury thanks to the multifaceted performance by Jeremy Holm.

What’s also great about both characters is their connection through the secret they share. She’s not some random girl targeted by this slasher, she’s intimately connected to him. This makes her eventual arc all the more satisfying.

Director Jenny Wexler (below) and the cast of potential victims of The Ranger. Image via Movieramblings.com

For all the great spins it has on the slasher genre, the film does suffer from one of the genre’s greatest problems: the supporting characters aren’t particularly likable.

You might say their lack of likability makes sense for their characters, since they’re are not only a hedonistic punk-rockers but also full blown criminals. But the director and co-writer could have given their characters more depth. This is accomplished in the original and latest Halloween films, where the teens act like teens with all the sexual promiscuity that comes with it — but they were also likable. You didn’t want to see them die in horrific ways. The sentiments are the exact opposite for the teens in The Ranger.

It doesn’t help that we have to spend quite some time with these annoying characters. You’re just waiting for the action to finally kick in. Admittedly when it does, the characters react in interesting ways. Some panic and make stupid decisions, which might seem like a typical horror trope but in their warped and drug-induced desperation it’s understandable. In these perilous moments some of the characters, particularly Abe and Jerk, show how much they care for each other. It leads to a few heartfelt moments, but I wish they had come sooner.

Despite Amanda Grace Benitez’s talents, there’s not much to her character, Amanda. She’s just a hedonistic wild girl who is thoroughly unlikable all the way through.

The worst of the gang is undoubtedly Garth. He’s unbearably selfish and cruel throughout most of the narrative. Surprisingly, he doesn’t even show remorse after stabbing a police officer. We’re left wondering why Chelsea would enter a toxic relationship with a guy who has no appeal.

Another downside to the film is the slightly underwhelming climax. The climax is preceded by a frustratingly predictable moment where Chelsea reclaims her dominion. The audience knows when it’s about to happen and it leaves one wishing her final stand could have been more of a surprise.

In hindsight the finale offers closure to Chelsea’s character since the setting and circumstances are similar to the traumatic event that drives her character. But the stand-off between her and the Ranger lacks the excitement the film initially seems to promise.

While the climax has its good points, it lacks the memorable punch it needed.

The Ranger is an excellent little independent slasher that satisfies on most of the expectations for its genre, even if it does suffer from common problems, such as unlikable side characters. If these issues had been solved in the script, the film could have been one of the great slashers of 2018.

The film offers some neat gore and has an outstanding villain. At the same time, the psychological bent in its story line, the painful childhood trauma of its heroine, elevates The Ranger to more than just a mindless slasher. This is especially aided by fantastic central performances by Chloe Levine and Jeremy Holm.

It might not be destined to become a horror classic, but I’m certainly gonna watch out for any of Jenny Wexler’s upcoming projects. I would even love a more schlocky sequel to this. Hell, maybe even a bunch of them. Jeremy Holm’s wonderfully deranged performance as the ranger is so much fun, it deserves its own horror franchise.

Thanks for reading! What are your thoughts on The Ranger? Comment down below!