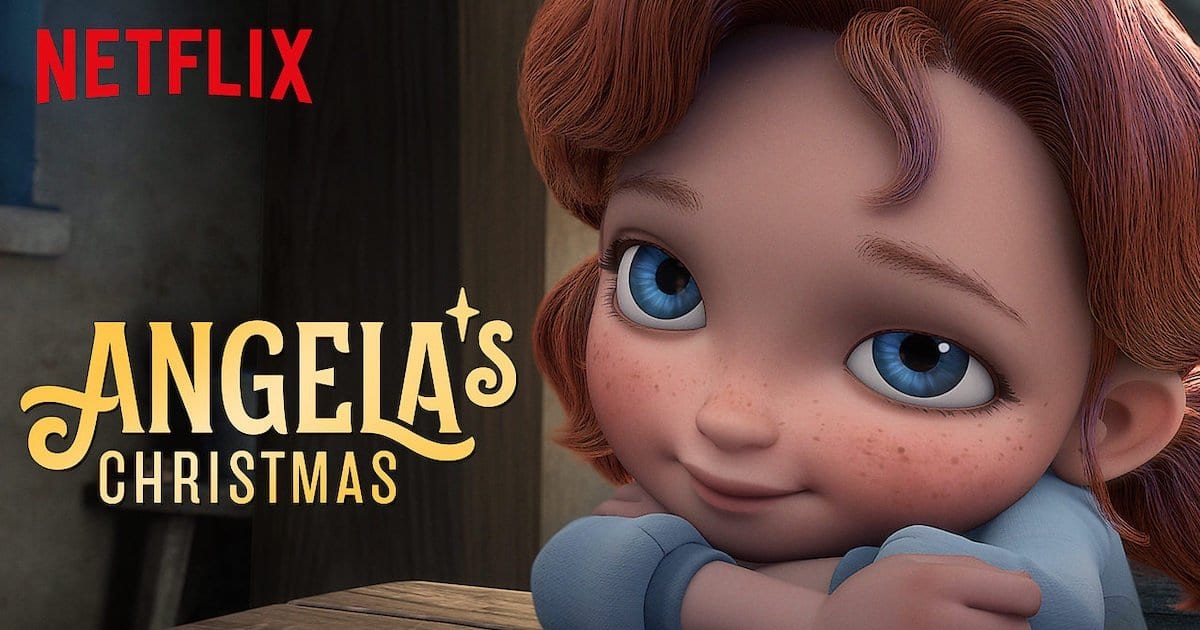 Netflix put out a new animated movie just in time for the Christmas season entitled Angela’s Christmas. This movie isn’t anything groundbreaking, but since it’s only 30 minutes long and you’re probably sick of watching Elf or Home Alone for the fiftieth time, I say go for it.

Written By: Will Collins and Damien O’Connor

The minute Angela saw a doll of a Baby Jesus in his womb with barely any clothes, an urge forced her to take actions into her own hands and….steal him from the church. Take that, Grinch! You can steal Christmas all you want, only remember it’s Angela who stole Jesus. To her defense, however, it was all to provide a baby with better care and a warmer place to rest in.

I went into this movie thinking it was live-action until the last-minute when I saw the display image.  It was a pleasant surprise. The synopsis sounded innocently appealing so coinciding pleasant art direction was just the thing to do it for me and the everyday viewer who wants to get into the Christmas spirit.

What Are We Looking At? This is a pretty ugly movie. The renders look unfinished to the point where I’m getting a lot of Johny Johny Yes Papa flashbacks. The only use of the animation is to make the atmosphere of the movie feel more in-line with its intended cuteness, which isn’t a crime per se, but it does leave a feeling of unused potential.

Angela’s Christmas isn’t a long movie, some of it looks rushed to the point where I’d get distracted, focusing on the rendering instead of the film’s messages. A Christmas movie should invoke escapism, hope, and love. Any factor that breaks that connection between the viewer and the film will have a harder time staying relevant. It also doesn’t help Netflix’s infamous reputation for putting out unprofessional quantities of movies every week.

Despite Its Flaws, the Heart Warms Up 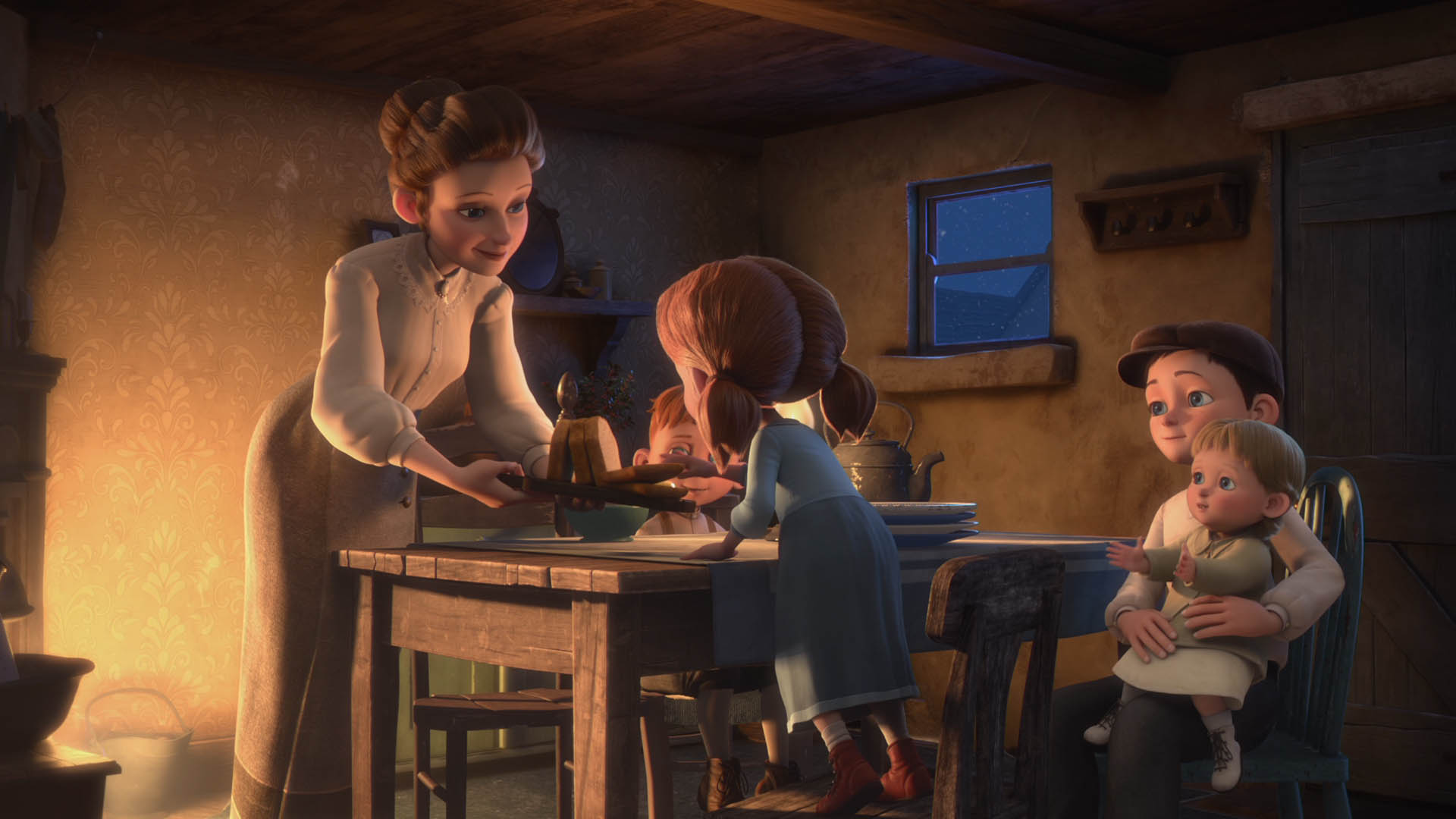 Having said all this I couldn’t help myself from becoming less critical. There’s something truly heartwarming about a little girl trying to do something right in the world. I’ll be the first to admit there’s more at fault here than just the animation. The cheesy optimism, the pointless narrator, the two-dimensional characters, the cliche morals, story pieces that come out of left field, but it still works somehow.

The only thing keeping these messy strings together is the plot and that within itself isn’t too shy to hide its imperfections. We could break down every element, pull out the metrics, compare it to other (and superior) works, luckily for this film, that’s not what cinema is about. There’s more to movies than just a narrowed down set of criteria that determine quality.

The main cast adds life, specifically Lucy O’Connell who comes out on top with a sweet performance. It sounds believable and genuine by straying away from the stereotypical child roles we see so much of in animation. On top of it all, Ruth Negga reinforces the already solid voice work with an encouraging mother figure.

You can’t help but see where Angela’s little journey will take her. Angela’s Christmas is an unostentatious movie. It doesn’t attempt to tackle themes greater than its own and everything falls into place despite its uneven deliberations.

Weirdly enough Angela’s Christmas strives to be an example of what Christmas movies should be. Not just an exploitation of the holiday, but its definition of values and morals.

A lot of people forget the actual reason people celebrate Christmas. The plot nicely implements the birth of Baby Jesus. Barely any Christmas movies actually goes out of its way to represent the Holiday in this classical manner and, although this alone doesn’t make the end product any better, it’s nice to see a studio settle for a truer representation. 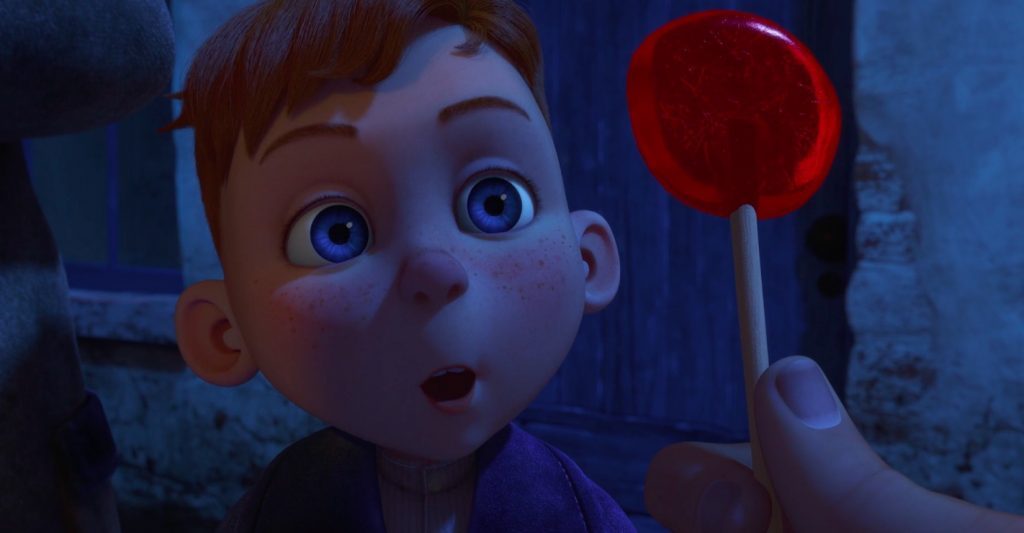 Angela’s Christmas kicks off the season with a girl stealing baby God from his mother. Even though it has a slew of problems that’ll lead many other critics to deem it disposable, there’s a presence you can’t tame. It fills your heart to the brim with love, care, family, camp, lovely bad animation, and cheese.

Watch it and embrace the spirit.

Thank you for reading! What do you think about Angela’s Christmas? Comment down below!

I totally loved this, watched it on Friday!

Thank you so much for this review. I have been putting off watching this movie but your review has encouraged me to watch it and I actually look forward to embracing its imperfections. You hit all the main points for me so thank you.