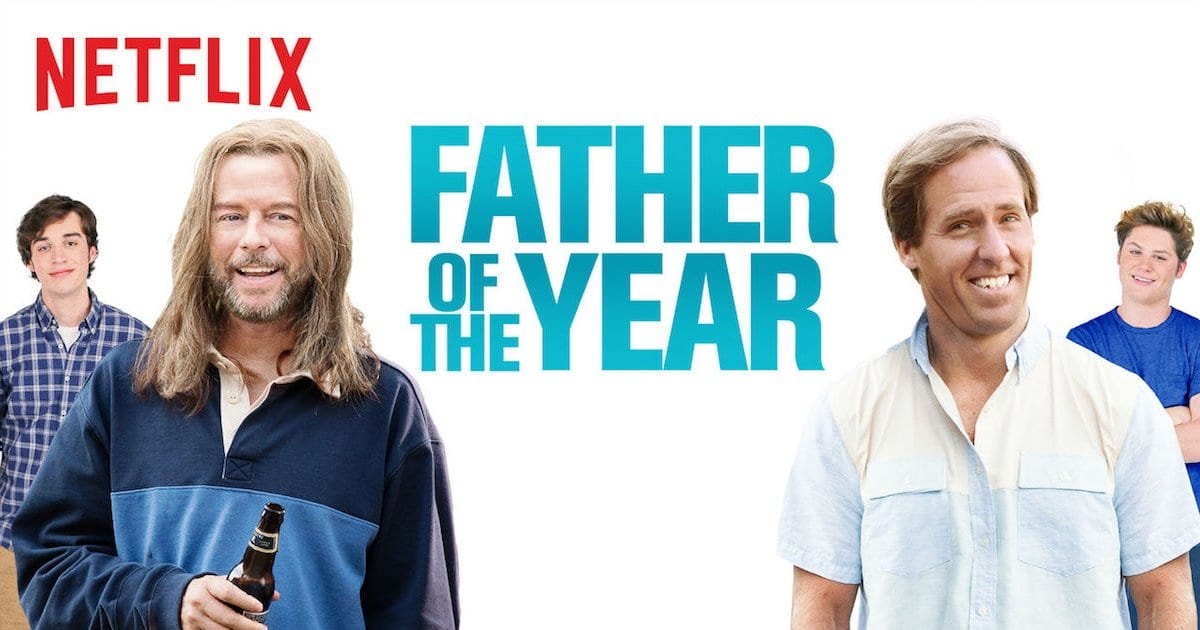 Netflix continues on with their infamous comedy films starring popular comedians. This time it’s David Spade who becomes the voluntary victim. If you’re here to find out whether you should watch Father of the Year, you’ve come to the right place. The answer is clearly, yes. If you’re the type who likes to waste their time.

Playing off of the famous “My dad can beat up your dad” argument somebody thought it was a good idea to make a movie about it, only with an overdone twist: both have incompetent dads. That’s what it comes off as in the beginning as it later explores the relationship between sons and fathers — more so tries to.

There’s not much worthy of mention. The title changed from Who Do You Think Would Win to Graduates to Father of the Year and that’s pretty much it. That said it abundantly reminds me of the quality of storylines I would write for my 5-minute skits for class projects in middle school. Who knows, maybe that’s where the script idea originated from?

A Series of Convenient Events Nothing is more painful than watching a set-up happening to a joke that doesn’t stick the landing. Now imagine watching a compilation of canonical clips with the length of a feature film. Unfunny jokes are one thing, but these ones outright disrespect the intelligence of the viewer.

The priority is to attempt at any comedy that fills the time instead of the one that rewards yours or is, you know, funny. They’re moments when, in following cuts, props and people would end up in a spot they shouldn’t find themselves at — it’s not logical. In some scenes characters would deal with consequences they weren’t responsible for and in others, they would ignore any implications of a conflict.

Characters do not act naturally in their surroundings. Their response would vary between these three things: say something illogical, sarcastic or cartoonishly obscure. A rock could fall from space and make a hole in someone’s head and they would still move on with their regular life.

They’d even show you the same scene from a different point of view, only for it to run longer, creating a hole in the continuity. But the filmmakers expect the viewer to ignore these fundamental issues as if the jokes are the substitution for the explanation.

I went after the execution but now it’s time to comment on the comedy itself. There are too many instances that would require for me to spoil the movie to truly put into perspective how rudimentary it was. Slapstick or creepy humor isn’t bad within itself. If it comes out of nowhere with intention of bathos, that’s where it brings out its primitiveness. A lot of times it does feel like a middle-schooler wrote the script. 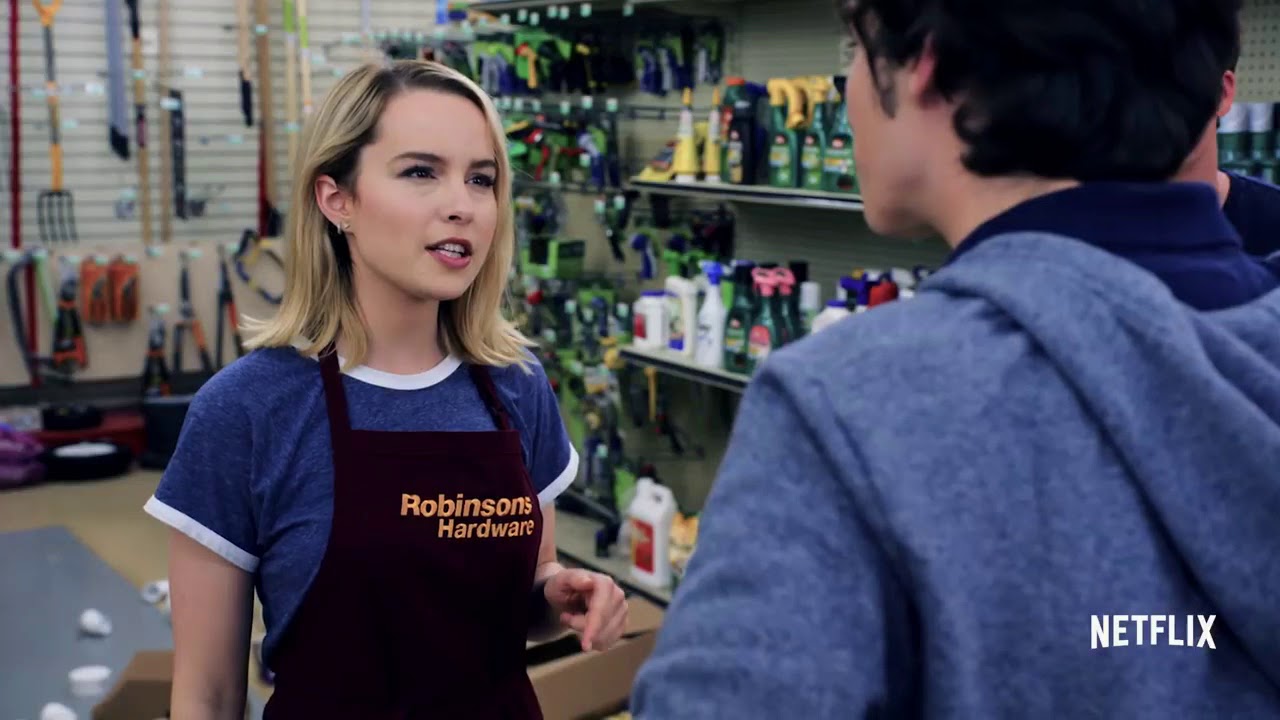 Every scene ends on the most unexciting note you could think of.  It’s as if the filmmakers thought the more anti-climactic a scene is, the funnier it becomes. This makes the gags expected and predictable. You’ve already watched plenty of comedies with the same jokes.

The decisions that characters make are poorly justified because of their one-dimensional personalities. They represent toxic simplicity and lifelessness. Everyone has one thing that makes them distinct from one another and they run it into the ground.

The Fall of Nothing

Another thing that makes Father of the Year stand out is its lack of production value. The lighting in-doors stands and the camera work is worse than in a CW TV show. The camera shakes whenever capturing more physical movements like running. Editing sometimes comes off as rushed.

What’s worse is it feels as if more than one person directed the movie. There are several scenes that purposefully attempt to capture specific sequences with a different style which would regularly be refreshing if not so awkwardly handled. 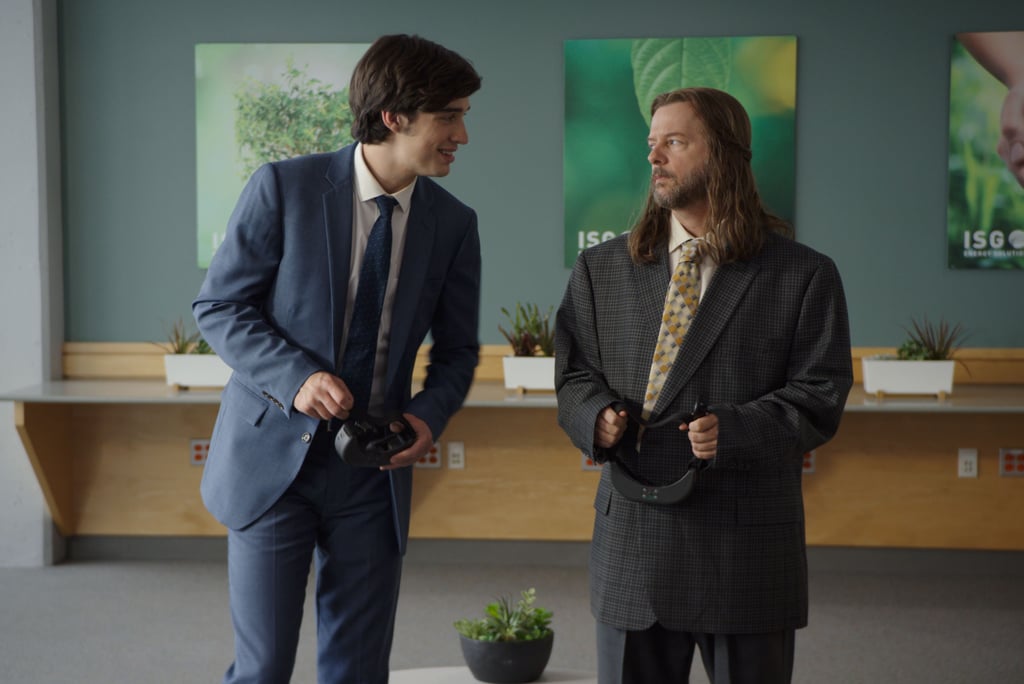 Having said that, there is one positive and it’s the one scene that involves VR which truly does something different and never seen before. It was the only stroke of originality which even garnered a smile — although getting to that joke was yet again at the expense of the plot. I happily recommend finding the one scene on YouTube.

Father of the Year is more of a hate letter to dads than anything else. It tries to tackle themes such as the son-father relationship without actually trying to convey or represent anything. The only good laugh you’ll get out of this one is when you find out this is Netflix’s attempt to compete in the movie market.

Suddenly I feel more sympathetic with what Spielberg had to say. image via Film and TV Now

Thank you for reading! Were you another casualty who watched Father of the Year? Comment down below!

[…] David Spade (yes, that David Spade) as Kuzco, the spoiled Emperor of a vaguely pre-Incan Peruvian civilization, and John Goodman as […]

Good review! I saw it pop up as new on Netflix but I knew it wouldn’t be worth my time and you just confirmed it.