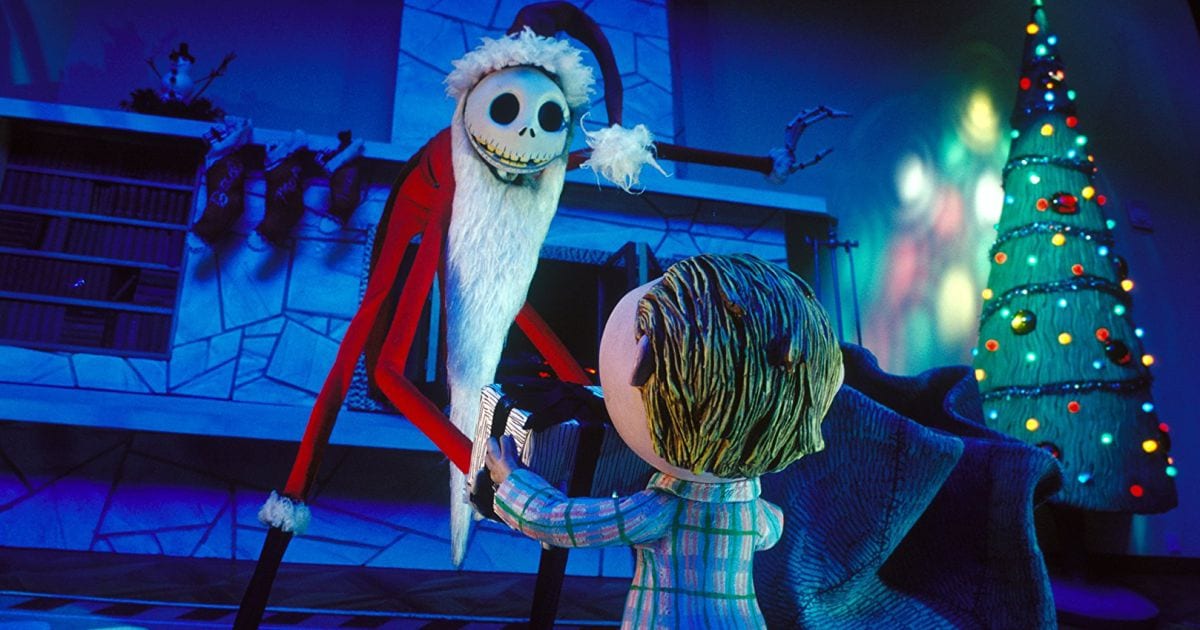 Today marks the 25th anniversary of Tim Burton’s The Nightmare Before Christmas! It’s everyone’s favorite Halloween/Christmas movie to watch on either or both holidays! Freeform even puts it on both their Halloween and Christmas themed events to add some spice to their holidays lineups.

Seeing that it’s a favorite among fans, I have to question, why? Don’t get me wrong, I don’t think the film is bad, it’s a beautiful-looking film. What I can’t seem to fathom is the fact that a lot of people are head over heels about it. What is it about the film that has everyone liking it so much?

Here are my uncensored opinions on the matter:

Many of you know the story of the film by now, but I will go over it for the sake of clarity. Jack Skellington isn’t feeling the same as he usually does. There is a feeling of wanting something new in his life. He comes across these trees that lead to worlds that focus on different holidays. Stumbling upon Christmas Town, he learns about decorations and presents.

Jack shares his knowledge with everyone in Halloween Town but misses some small details about the holiday, to say the least. He takes it upon himself to make Christmas a new holiday that the town celebrates. Sally, who is a monster created by Dr. Finkelstein, tries to warn Jack about a vision she sees if Jack goes about his plan.

The story isn’t much of a problem for me. In fact, I actually find the concept interesting and original. There is a strong feeling of importance and gravity of a possible fallout. I think the story is really good and makes the film what it is: a classic…to most people.

The issue is that nothing grabs you. There’s no emotional impact. Although there’s a strong sense of what could go wrong, the details feel inconsequential. With great animation, vibrant colors, and some good songs, the film is beautiful bland.

This is where I have issues. The characters are lifeless, and I’m not just saying that because they’re dolls. The film doesn’t add any meat into these characters. Jack Skellington has a feeling that something is missing, a feeling of wanting something new. But why doesn’t it feel like it? We don’t know how long he’s been doing what he’s been doing, we don’t actually know why he has a feeling of wanting something new, and we don’t know why Christmas makes him so happy, other than the decorations and seeing everyone else happy.

We should know why he wants something new, why he’s feeling tired of the same routine, what about Christmas that makes him so jolly. More information on him would have helped a lot. Instead, the information given to us is very much like him: thin.

Then we have Sally, the deuteragonist of the film. There’s not a whole lot of information given. We know she tried to escape from him countless times after spiking his soup but what he doesn’t know is why. Why does Dr. Finkelstein keep her inside? Why does he keep Sally if he can create more? How could Sally have seen a vision that Jack’s plan was going to be a disaster? The film should have dived deeper with her, seeing that she plays a big part.

I acknowledged the film’s tone and said it made the film pretty basic, but I didn’t say why. Well, this is where the film truly lacks conviction. What is the tone? It doesn’t seem to show up anywhere in the film. That’s a pretty big problem. With no discernible tone, the viewer won’t have a connection. I keep harping on this idea, but it will feel bland. That’s what the film really is, a beautiful-looking, bland experiment. Is the tone eerie because of the main setting of Halloween or is the tone joyous because of Christmas? It’s very confusing to think about what the tone is, especially when it’s as invisible as it is here. It strikes me as a bit of an empty exercise.

Despite me not liking the film as much as everyone else, I do have to say, it’s very watchable. Even without having the same connection to the film like everyone else, it has this look and feel that’s fitting for whichever holiday you watch it around. The film really does a good job at getting you in the holiday spirit. Thanks to the fantastic stop-motion animation and vibrant colors, the film is simply eye candy. In fact, I believe that’s why everyone seems to love it. A decent story and charming animation make the film very appealing. It’s a good casual watch to prepare for the holidays. 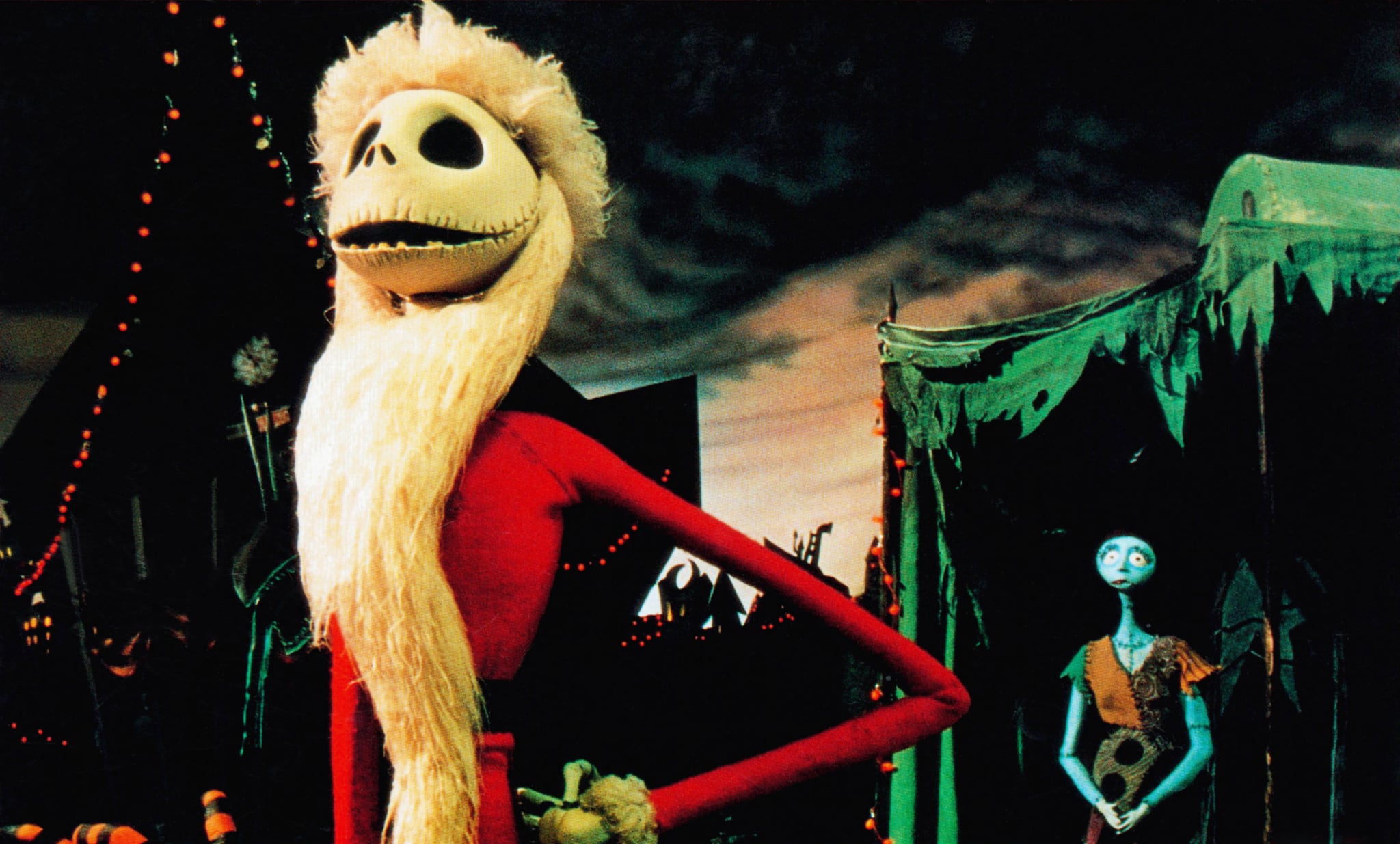 So as Halloween approaches and with Christmas right around the corner, enjoy 76 minutes of the two holidays in one film. That is of course if you love it. If you’re like me and are much more lukewarm on the film, enjoy the amazing animation and catchy tunes.

Thank you for reading! What are your thoughts on The Nightmare Before Christmas? Comment down below!

I’m glad to know I’m not the only person who doesn’t like the film, lol!

I love the characters, the story, the songs, and the animation, but somehow put all together as a film, I just can’t get into it.

I’ll have to disagree, mostly because I think you’re over-analyzing. It’s a fairytale. Are we emotionally invested in Cinderella and Prince Charming? No, but we can still enjoy the story. I think it’s the same thing here. Also I’m very fond of the confrontation between Jack and the Boogeyman, where the audience sees exactly why Jack’s the king of Halloween. But each to their own.

Agree with all of this. It looks amazing but is a long uneven watch

What’s this? A person who’s feeling the same feelings as me? That’s amazing! Great article!

Thank you, Olaf! I thought I was the only one who didn’t feel the same like everyone else about this film!

‘Harry Potter and the Half-Blood Prince’ is a...