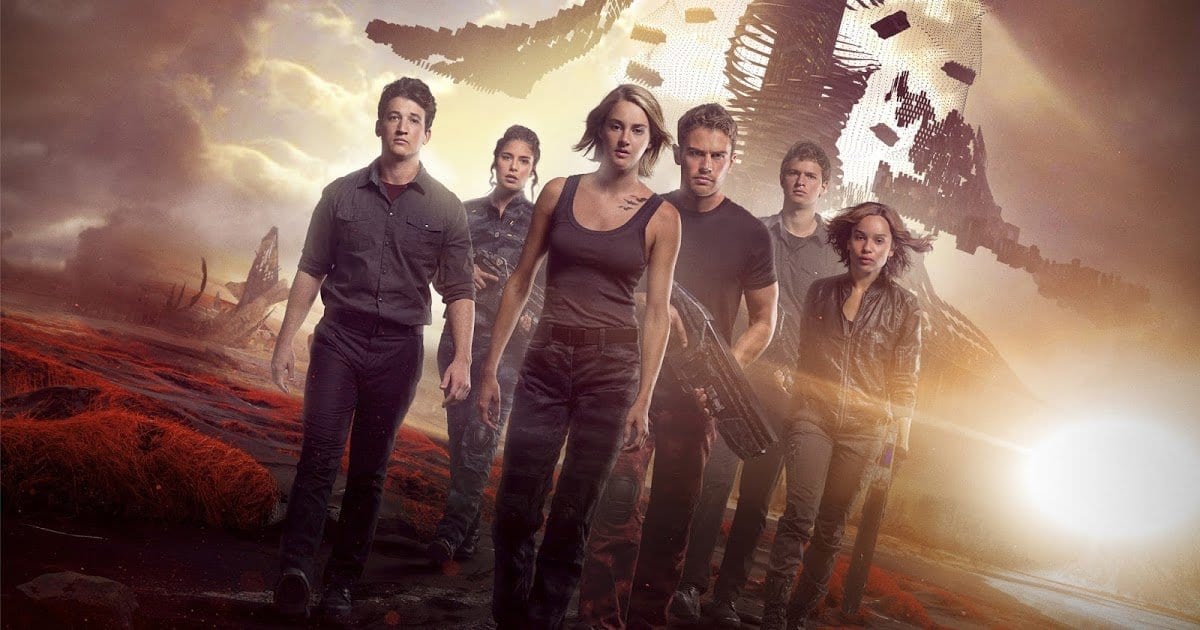 In the film industry, a popular concept is drawing inspiration to preexisting material like books or video games, etc. Each type of adaptation has it draws, but also its downfalls. Now, there is a high chance of a book or series becoming a movie if it’s popular. Honestly, it would be more of surprise if the film industry didn’t capitalize from the success of books. Unfortunately, some adaptations fail to deliver.

But, the tough thing about these type of adaptations is that there are high expectations from fans of the book/series. Ultimately, this could mean even one small decision to deviate from the book could cause a lot of backlash. Now, this doesn’t stop production companies from taking on projects like this, but it does add the pressure.

While there have been very successful adaptations like the Harry Potter movies and The Hunger Games, there are many failures that tanked due to their deviation from the source material. Here are five disappointing book to movie adaptations.

The Mortal Instruments: City of Bones

Roughly ten years ago, Cassandra Clare graced the world with the first book in The Mortal Instruments series. Since the release of The City of Bones, the first novel, five other books have followed. In 2013, the movie for the first novel aired and tanked, badly. Unfortunately, the movie wasn’t as popular as anticipated. With so many books in the series, the goal was to have all of them on the big screen. After the poor acclaim of the first installment, the plans for the next movie were cancelled. As someone who read the book series, there were a few choices made that set the movie up for failure. Although it didn’t gain success on the big screen, it became a show called Shadowhunters. Ultimately, becoming a TV show was the right movie. In February, the second part of season 3 will air.

Following Divergent and Insurgent, the third installment in the Divergent series, Allegiant was a poor ending for the films. Ever since the first movie was announced, fans were excited to see the five factions come to life. Finally seeing the faction ceremony on screen and not just in their imagination was mind-boggling. Having Shailene Woodley bring Tris Prior to life was a whole other experience. But, the success of the trilogy relies on each individual movie prevailing.

The creative license and the idea to change a character death left a sour taste in many people’s mouth. In the third novel, Tris dies at the end and people who read the series before seeing the movie were expecting it. Yet, when the credits came for the third movie, Tris was still alive. Now, this decision, choosing to let a character live, alters the meaning behind the death and the characters reactions after. Unfortunately, this one decision brought the trilogy to a sad and unfulfilling end. image via The Today Show

Garnering a measly 17 percent on Rotten Tomatoes, the movie adaptation to the first novel in Richelle Mead’s Vampire Academy series disappointed many. As one person accurately states in their personal review, “another young-adult adaptation bites the dust.” While book to movie creations are popular in the film industry, making them well-received is another story. For this movie in particular, many decisions contributed to the failure of this production. Honestly, the book series the movie is based on is amazing and, while it includes vampires, it is like no other series out there.

So, this begs the question: why did a great series not translate on-screen? At the core of it, is the decision to make the movie comedic, as Charlie Jane Anders brings to attention in his review. Taking the movie in this particular direction made it lose the meaning behind everything and made the movie a joke. Another big thing that took away from the movie was the casting. In the main cast, there were a few vital characters that didn’t meet the vision that the books created.

Honestly, these two movies are self-explanatory and definitely deserve to be on this list. Surprisingly, the second movie did better than the first even though it didn’t seem like the series was salvageable. Actually, people were relieved when the third movie was cancelled. For the first film, vital parts of the book were missing that took away from the awe that people found in the writing. Also, messing with characters and character traits took away from the story people were expecting.

In today’s society, The Shining is regarded as a great movie, but when looking at it in terms of a book to movie adaptation, it doesn’t add up. Even Stephen King, the author of the novel of the same name, doesn’t like the movie. Now, that fact should speak volumes about the movie. Compared to the other movies in the list, this one is popular, but that doesn’t excuse the fact that it doesn’t reflect the book as it should. King called the movie “a big, beautiful Cadillac with no engine inside it.” Ultimately, the lack of change in Jack Nicholson separates the movie from the book. Thank you for reading! What do you think about some notoriously bad book to movie adaptations? Comment down below!

I only watched The Mortal Instruments because Lily Collins is a crush of mine.

And yeah, I never liked any of the Divergent films.

I think a key one people have probably forgotten at this point is I am Number Four. That series is awesome but the movie was a mess.

I was so bummed by the first Percy Jackson movie (I didn’t even watch the second one.) It was one of my favorite series to read as a child and they messed it up royally in the film. Very upsetting. :(

Same! Percy Jackson was one of the first series I ever read when I got into reading. I wish the movies could’ve continued, but unfortunately poor choices were made and now we don’t get to experience them :/

The one that haunts me the most is Cirque du Freak: The Vampire’s Assistant (2009) which is based on the Darren Shan vampire series (a total of 12 books, if I remember correctly). The movie tried to merge the first 3 or 4 books into one movie, scrapped a number of main characters in favour of new ones, and changed the entire tone of the books to some sort of weird (and ultimately unsuccessful comedy). Other than the awful script, the casting choices were terrible as well, particularly John C. Reilly who I love in many movies, but just not this one.
I look forward to seeing how the Artemis Fowl movie turns out though. I’m curious to see whether they make him more of a “good guy” than he is in the books.

I read that series too and you’re right, the movie was very poor in comparison to the books. There was so much potential there, but unfortunately a crappy movie ruined the opportunity to fans of the series to see the rest come to life. I agree with everything you said aboutasting, script, etc.

I’ve always found the question of movie adaptations of books particularly interesting. I look for how well the book has been adapted to the medium of film. I came to this when I read Doctor Zhivago after seeing the movie. If the movie had adhered faithfully to the book, it would have been pretty much unwatchable.

Interesting list, Erin. For this list, I would add Something Wicked This Way Comes and The Count of Monte Cristo (2002). Both of these film adaptations have two things in common: half of each movie kept the important aspects of their respective novel and the other half made things up that never appeared in the book. You should definitely create a list of book-to-film adaptations that were not disappointing.

Everyone loves the 1939 Wizard of Oz movie, but as an adaptation of the book it’s quite rebuilt from a skeleton, and its anti-feminist treatment of Dorothy is contrary to the book in order to tell women that they need to go back home from the factories when the war is over, make it a failure in some ways.

Every Jurassic Park Movie Ranked From Worst to...

Sunset Boulevard vs. The Bridge on the River...