I never thought a movie about a man who mows lawns would capture my attention as well as it did, even 30 years later. 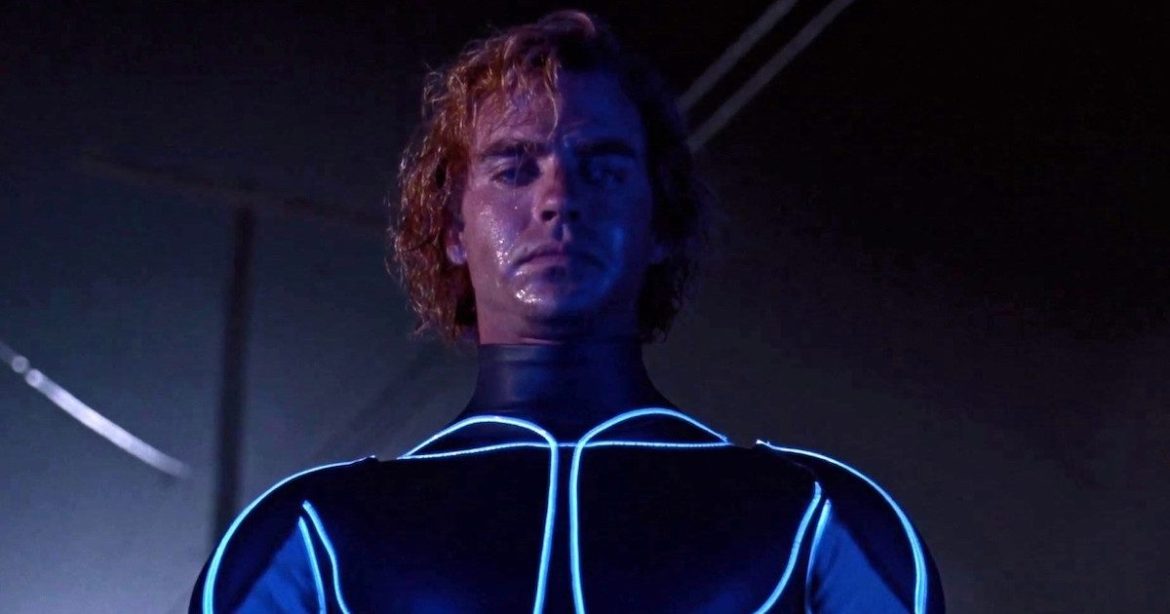 The Lawnmower Man isn’t the most popular sci-fi film ever made in the 90s. It’s certainly a weird one. Yet, it’s strangely relevant to 2022 and the wonders of modern technology.

The Lawnmower Man is about Jobe (Jeff Fahey), a man with a learning disability that makes him dependent on the people who take care of him. He mows lawns for a living, but he uses the money to buy comic books instead of saving for a house, a car, or anything like that. Jobe’s life intersects with Dr. Angelo’s (Pierce Brosnan) when Dr. Angelo is on forced hiatus from his government research and development work. Dr. Angelo, with Jobe’s blinded consent, experiments on Jobe to enhance his intelligence. It works, but maybe a little too well.

The use of VR in the film is ahead of its time and relevant to a time when the Metaverse is emerging on the technology scene. It’s life-changing technology that has the potential for immense good but also has the potential to ruin people. Yet, there are aspects of The Lawnmower Man that have not aged well, like the use of the r-slur for disabled people. Like all movies, it has its pros and cons.

Government Corruption: A Tale as Old as Time

The 90s were absolutely obsessed with government corruption, probably because there were some truly corrupt moments during that decade. The Lawnmower Man doesn’t shy away from portraying the U.S. government as the bad guy. That evil is personified by a mysterious man called The Director (Dean Norris) who serves no other purpose than to say menacing things and force Dr. Angelo to use his research for military purposes. The true bad guy of this film is the government, even with Jobe’s unhinged rage at the finale.

Anyone who keeps up on scientific news knows that so much of scientific research is done for militaristic purposes. If something can be weaponized, you better believe that it will be weaponized by a government down the line. This aspect of The Lawnmower Man rings true today.

Dr. Angelo represents the common man in this conundrum; he doesn’t want his research to be solely militaristic in use, but that’s what ends up happening. Nobody really wants war in the end, but that’s just how it works in government sometimes. He only wanted to educate Jobe and test out his own theories.

I’m not an expert on slurs and offensive language, so I’m not sure when the r-slur was recognized as a legitimate slur, but it apparently wasn’t in 1992. Dr. Angelo uses the slur at least once to describe Jobe. It’s not used in malice at any point by Dr. Angelo, but any modern viewer will find that its use stings.

That word is indicative of the larger struggles that Jobe faces throughout The Lawnmower Man. No one in the film takes him seriously except for Peter (Austin O’Brien), Dr. Angelo’s next-door neighbor. Everyone sees him as stupid and unable to comprehend simple subjects. They treat him like a helpless child.

It’s bittersweet to see Jobe rise above this to become the “Cyber Christ” he desperately wants to be. We are overjoyed to see him rise above the bullying, the ableist slurs, and discrimination to become wicked smart and strong enough to stand up for himself. When he begins to go too far though, we realize the extent of Jobe’s trauma.

So many older movies tend to portray alcoholism as just a simple vice. It can be funny and the people who have it are not generally impaired in any way. Take Terry (Geoffrey Lewis), the man who employs Jobe and takes care of him. Despite chugging alcohol very early in the morning and throughout the day, this doesn’t seem to impair him in any way. By comparing Terry to his overly religious brother Francis (Jeremy Slate), we are even subtly led to believe that it’s not that bad. After all, Terry is very nice and everyone has their vices.

At this point, I’m reminded of another movie that took the same approach to alcoholism: Harvey. James Stewart’s character, Elwood P. Dowd, is clearly shown to be an alcoholic. It is hinted that this is the reason he sees the giant titular rabbit. Yet, the audience is supposed to have sympathy for his character and accept his alcoholism because he’s a nice man.

This is one trope I’m glad has been gradually disappearing from movies, though it makes its appearance in The Lawnmower Man. Alcoholism isn’t just another vice that people can ignore. It’s literally a drug addiction and it ruins lives. People should have been trying to help Terry instead of shrugging it off as “just Terry.”

VR and Its Uses

At the moment, VR is most popular in the gaming community with games that incorporate the technology to give a truly immersive experience. However, the future holds fascinating possibilities for said technology. Mark Zuckerburg’s idea of the Metaverse is an intriguing one, but it’s not a new one.

The Lawnmower Man exhibits early VR and the possibilities it had and still has today. It can create amazing video games that make you feel like you’re flying. The stimulation from it was actually able to increase Jobe’s intelligence to a superhuman level.

Of course, VR has its drawbacks, which Jobe demonstrates with his descent into madness. It allows an escape from reality, which may become permanent for some people. It makes it hard to distinguish the line between virtual and reality, a line which Jobe had trouble finding after a while. VR is a lot of power that can cause trouble if not used properly or put into the wrong hands.

Thank you for reading! What are your thoughts on The Lawnmower Man? Comment down below!

I somehow have never seen this, gonna have to change that and add it to the list!