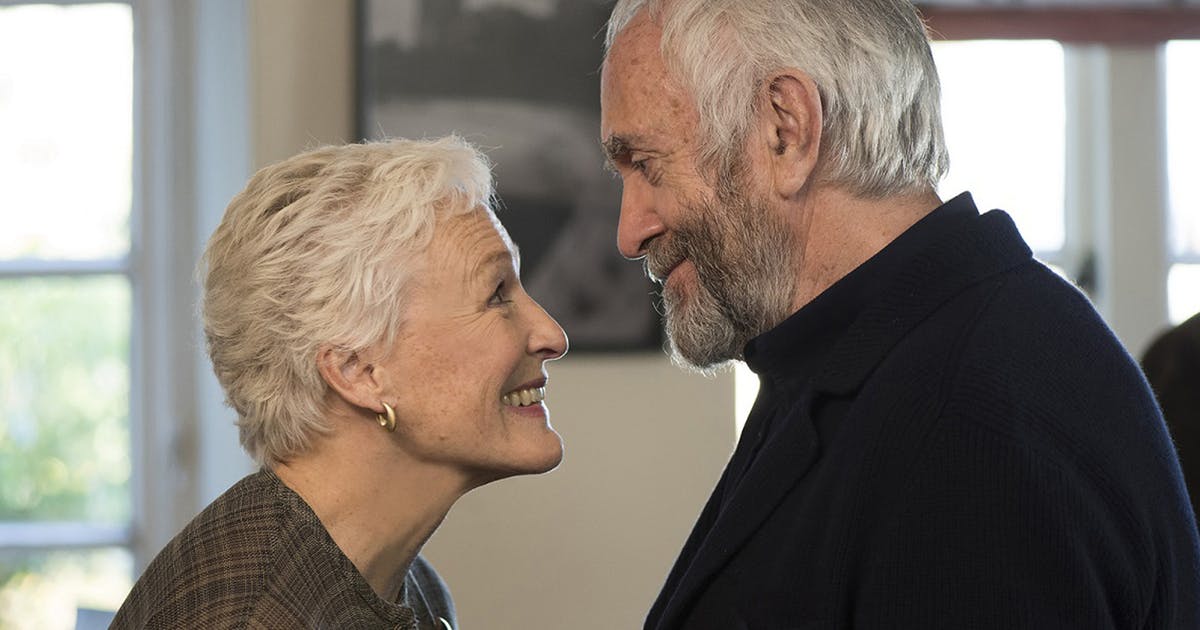 For everyone who dreams of making it in Hollywood, only a small handful will see their dreams become reality. Among that small handful, an ever-smaller group of performers become icons. Glenn Close is one of those performers who has become an icon in Hollywood.

Her most recent movie, The Wife, hit theaters last fall. Based on the novel by Meg Wolitzer, Close and the film have already received multiple nominations and awards this season. The list of nominations includes a best actress Oscar nomination for Close. The Wife is one of my favorite films from last year. While all of the nominees in the category earned their nomination, I believe that Glenn Close should walk away with the golden statue.

Joan Castleman’s Story Speaks for the Stories of Most, If Not All Women

For most of human history, women have been seen at best as wives, mothers, homemakers and the dutiful helpmate to their husbands, especially in films that cover the standard “great man” story. At worst, women are mindless sex objects to be used and thrown away at a man’s pleasure (also in plenty of terrible films over the years). If a woman had talent and ambition and wanted more than marriage and children, she was looked down upon. She was odd, unfeminine and worst of all, unmarriageable.

Joan Castleman (Glenn Close) is one of these women. Coming of age in the late 1950’s, Joan makes a choice between her professional ambition and her husband Joe Castleman’s (Jonathan Pryce) professional ambition. Decades later, Joe is about to receive a major award for his work as a writer. While Joe and Joan are abroad, Joan begins to question her choices and her actions, as she was the talent behind Joe this entire time.

The Path to the Academy Awards is Blazed by Previous Ceremonies

Many in Hollywood often point to previous award ceremonies as a marker of who may or may not end up with an Oscar. Of the four major award ceremonies of the season (Golden Globes, SAG Awards, BAFTAs and Oscars), Close has won the award for two of the ceremonies that have previously occurred (the Golden Globes, the BAFTA’s and the SAG Awards). If I were a betting woman, I would put money down that she walks away from the ceremony with an Oscar in her hand. (Odds makers are following this advice as well as she is quickly becoming the favorite to win.)

Her Reputation as A Performer Is Remarkable

Ask any actor and they will tell you that the last thing they want is to be pigeonholed into a certain character type or genre. Glenn Close is one of those actors whose roles are so varied that pigeonholing her is impossible. She played a Disney villain (101 Dalmatians, 1996), an aristocrat in 18th century France bent on seduction and revenge (Dangerous Liaisons, 1988), a single woman who takes vengeful action against her married lover when he returns to his family (Fatal Attraction, 1987) and a choir leader held prisoner in a Japanese POW camp during World War II (Paradise Road, 1997). In addition to her screen credits, Close has also performed on the stage, in both straight plays and musicals. In short, this woman, as a performer can do no wrong.

image via the MHM Podcast Network

Joan Castleman is a Revelation, Especially for Women of a Certain Age

In 2019, no one thinks twice when a woman chooses to receive her degree and start her career before getting married and having children, if she marries and has children at all. If that is her choice to marry and bring children into the world, she is doing so at an age that would have been unthinkable just a couple of generations ago. Joan Castleman comes from an era when marriage and children was supposed to be a woman’s end all and be all in life. Women of Joan’s generation often went to college to get their MRS degree and not their bachelor’s degree.

While promoting the film last year, Close said the following:

At the end of my mother’s life, when she was in her 80s, she would say, ‘I feel like I’ve accomplished nothing. To me, that was a tragedy because she was spending her life supporting my father to the detriment of her own soul. It’s not just my mother but a whole generation of women.

As a feminist, this film and Joan’s narrative is a reminder of not just how far we have come, but how far we need to go. We cannot go back in time and tell those generations of women that their dreams are possible, they are not limited to being someone’s wife and mother. But we can move forward and communicate to this generation of young girls that their life choices are as infinite as the life choices of young boys.

The Best Performances Are Often Relatable

At the beginning of the film, Joan is quiet and supportive of her husband. In contrast, Joe is bombastic, outspoken and comes off as an insensitive jerk at times, especially when it comes to his wife. But as the narrative rolls on, Joan’s story is revealed as a woman who has bottled up her emotions and her needs to make Joe happy. When Joan finally blows up, she blows up. The reveal that comes by way of this emotional blowup that speaks for multiple generations of women who have put aside their needs and their wants to keep their man happy.

In short, Close’s portrayal of Joan and Joan’s character arc are worthy of an Oscar. Joan is a woman whose life represents the untold number of people over the course of human history who have set their needs aside because that is what they have been taught to do. That reason, combined with Close’s respected and admired decades long career as a performer, is the reason she deserves the Oscar for best actress.

Thanks for reading!  What are your thoughts on The Wife and who will win the Oscar?  Comment down below!

[…] family consists mainly of three women. First and foremost, matriarch ‘Mamaw’ played by Glenn Close, all cigarettes and bizarre homilies presented as wisdom. For example, “in this world, there […]

[…] come a long way since Fatal Attraction in 1987. Yet somehow, motivations for people in the “from hell” genre are even worse in […]

I misread your title and got a scare. That I had missed the oscars

As someone who was in a situation similar to Joan’s for longer than I should have been, and is still dealing with the insecurities that relationship left me with, to say I’d relate is an understatement. I really should see this as I too adore Glenn Close (it was the one-two-three punch of Cruella DeVil, Kala from Tarzan, and Homer Simpson’s mother that revealed to me at a young age how great an actress she is whether she’s in front of the camera or in the recording booth) and this is the kind of story that needs to be told.

I’ve put “The Wife” on my watch list based on your write-up, a’though it sounds as if it will be a difficult one to watch.