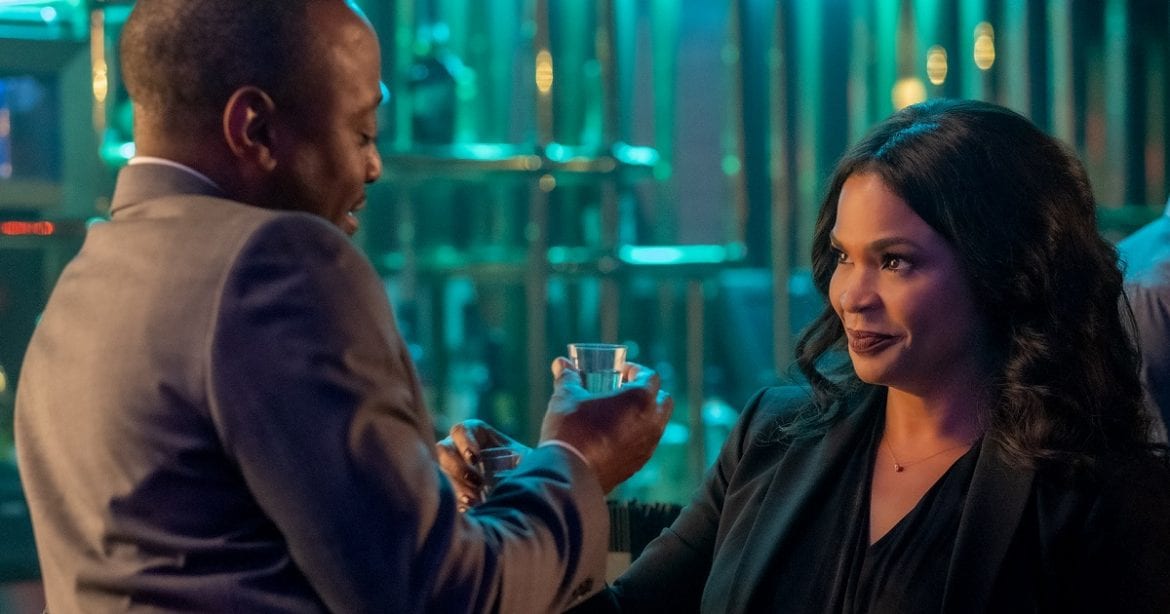 Fatal Affair debuted at #1 on Netflix’s Top 10 feature last weekend. It’s also the latest in a long line of baffling movies to appear on the streaming giant’s puzzling feature. Sure, Da 5 Bloods, Extraction, and The Old Guard make a lot of sense as some of the most high-profile post-COVID releases in the marketplace. And I’m not a parent, but I can imagine after hitting month five of quarantine, the most sensible decision is to stick an iPad in front of your child’s faces with something like Despicable Me, The Lorax, or The Angry Birds Movie 2 cued up and ready to go. But what about Code 8? 3022? Life As We Know It? What about MILF? 365 Days???

Okay, maybe I can think of a reason for those last two (extreme horniness is the second most deadly epidemic currently sweeping the nation). Perhaps the almighty Netflix algorithm quickly pointed everyone in the direction of Fatal Affair after their 10th viewing of a mobster kidnapping an innocent woman and forcing her to fall in love with him (I will never understand the love for 365 Days). The problem is the film they turn to is entirely bereft of thrills. Or energy for that matter. Coming from the team behind Secret Obsession, maybe I should have expected as much.

Is This Actually a Fatal Affair?

Ellie (Nia Long) is a successful lawyer preparing to leave her San Francisco-based firm and create one of her own. She just moved into her new house on the coast (the views are the best part of this movie) and appears to have it all. Then, her fling from years ago David (Omar Epps) enters the picture, joins the firm, and immediately attempts to get cozy with her.

One thing leads to another, Ellie and David are sharing drinks at a bar, and Ellie confesses to David how her “perfect life” isn’t all it seems: she struggles to find any spark whatsoever with her husband Marcus (Stephen Bishop, who will always be David Justice in Moneyball to me). After a few all-too-flirtatious moments, they rush to the bathroom and begin making out. That is until Ellie quickly realizes what she’s doing and stops everything. She leaves, hoping to forget the entire thing, but she fails to realize she’s in a bad thriller and David is crazy.

For a movie entitled “Fatal Affair”, you would expect something a little more of the inciting incident than the lead character realizing her wrongdoings before she does anything catastrophic to her marriage. Obviously, Ellie has some explaining to do to Marcus, but the movie is hellbent on treating her indiscretions as the worst thing imaginable.

A few months pass and Ellie and Marcus’ marriage is back to being perfect (for no apparent reason), and David is lurking in the shadows with all your favorite crazy person tropes from 1998. He even wears the classic nondescript black baseball hat every obsessed movie character wears at night to look extra crazy. I guess a bad screenplay gotta do its thing.

This section may only be for 1% of the readers who come across this article, but damnit, sometimes you need to use your power as the head of a website to share your weird perspective.

One of my favorite bad movie quirks is their total lack of understanding for whatever job the main character holds, or for general workplace decorum. The best is when he or she has a job in business or law, because the screenwriters compensate for their total lack of knowledge (and lack of research) by filling each workplace conversation with as many buzzwords as possible. Fatal Affair‘s idea of law is having meetings where characters find a way to say brief, jury, deposition, and judge in almost every sentence.

There’s a work meeting scene early on in Fatal Affair that is one of the more blatant examples you’ll find, in which characters go back and forth in general lawyer-speak for thirty seconds. It’s capped off with Omar Epps saying “inadmissible,” only for the camera to cut away just as he’s about to smirk from thinking of the nice paycheck he got from Netflix to say borderline nonsensical lawyer jargon. (Or at least that’s how it plays out in my head.)

Also, David is apparently a hacker lawyer, which helps later on when he starts messing with Ellie’s phone. Screenwriting!

Also also, David’s overtly flirtatious behavior towards Ellie in the office is one of the easiest reports to HR a colleague will ever make.

We’ve come a long way since Fatal Attraction in 1987. Yet somehow, motivations for people in the “from hell” genre are even worse in 2020. For all that has aged poorly about the Glenn Close-Michael Douglas film, at least it tried to understand the Anne Archer character. Omar Epps is left yelling, “DEBRA!” at Nia Long and the film tries to pass it off as all the information we’ll ever need about his instability.

We’re so much better at understanding mental health (even if we have much more work to do), so much so it makes half-assed obsession movies look even more half-assed. Making a character generically crazy doesn’t work anymore outside of Lifetime movies.

You’ve Seen this Movie 1,000 Times Before

Overall, it’s tough to speak to Fatal Affair, mostly because you’ve already seen this movie. Many times. You hear the title, and you can instantly guess 75% of the plot, which makes the film’s popularity on Netflix even more confounding. I guess there are a lot of Omar Epps stans out there.

Fatal Affair is the worst kind of bad: it’s never well-crafted enough to produce genuine thrills, and it’s never so-bad-it’s-good. It’s just boring. A few fleeting moments suggest a campy delight could have been possible (Omar Epps dancing in the film’s third act is a special nugget of goofiness), except the surrounding material is so lifeless it engulfs all possible fun. Nia Long and Omar Epps are doing what they can in true professional fashion, but there was never a chance to save this film.

Thank you for reading! What are your thoughts on Fatal Affair? Comment down below!

Loading...
Reply
'Gutterbug' is a Hard-Hitting Tale of Misguided Youth and the Counterculture that Embraces It | MovieBabble August 12, 2020 - 11:42 am

[…] with more than one feature film to his resume; Bug grapples with the realities of homelessness, mental health, drug use, and toxic friendships as he embarks on his journey to find his way back home. While Bug […]