Sundance Film Review – The Inventor: Out for Blood in Silicon Valley (2019) 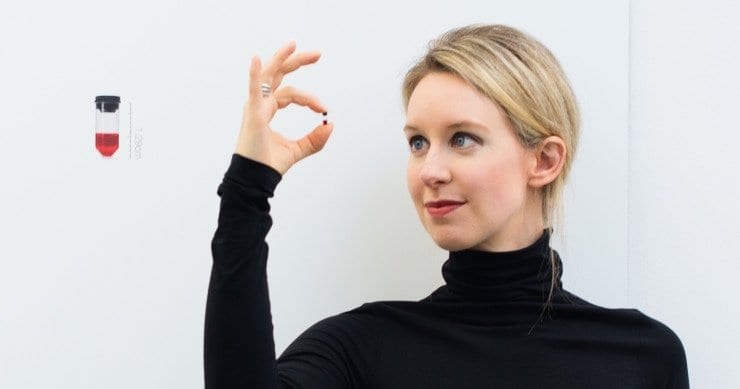 You don’t need me to tell you that Silicon Valley in the “in” place for technological advancement in our current business marketplace. Investors are shelling out millions with the hopes of buying early on the next big thing, and it was only a few years ago that many of those same individuals thought the world of Theranos, a once-privately owned health technology firm that was supposed to completely disrupt its industry. But as The Inventor: Out for Blood in Silicon Valley shows, ambition and drive can quickly turn toxic when the system in place allows it to do so.

Elizabeth Holmes was once touted as a visionary, a woman who would forever change the healthcare industry with her invention entitled “The Edison,” a device that was supposed to make it possible for over 200 blood tests to take place in about an hour. The investments quickly poured in, and Holmes’ company Theranos turned into a gold mine with valuations reaching the $10 billion mark.

It seemed that she created an infrastructure where failure was not possible, yet that’s exactly what happened.

Elizabeth Holmes dropped out of Stanford at age 19 to start her dream in disrupting the health technology space. Her new company Theranos — the melding of “therapy” and “diagnosis” — boasted that it would be able to take about 1/100th of the typical amount of blood taken for blood tests and be able to run hundreds of tests at a cost that would make the company’s competition tremble. The Edison was supposed to change the market for good…or so they thought.

The Edison rarely worked, leaving Theranos to eventually purchase commercially available equipment from companies such as Siemens and manage blood tests the old fashion way, only with a fraction of the safety requirements. Yet somehow, Holmes managed to keep the company afloat for years with an infrastructure that became increasingly toxic — and dangerous for a few employees.

What used to be a company with hundreds of millions in investment dollars and a valuation nearing $10 billion came crashing down in a blink of an eye. 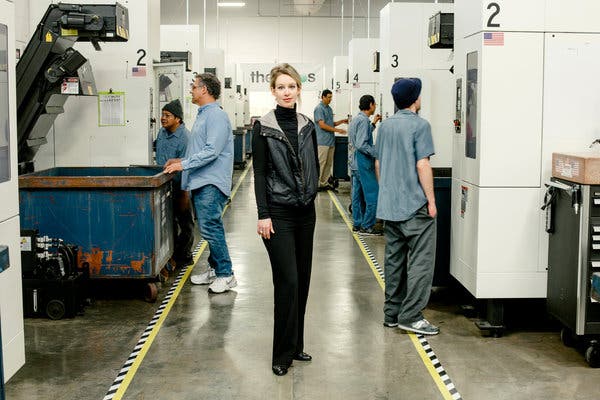 Elizabeth Holmes is a Fascinating Figure

Sometimes a documentary is only as interesting as its central figure. In the case of The Inventor, Elizabeth Holmes is nothing short of tantalizing. She’s a variation on the common idea of someone having every advantage, achieving greatness, and quickly losing it with a few unfortunate missteps.

Out for Blood in Silicon Valley smartly tackles the concept of a charismatic idealist. Holmes had such a driven magnetism about her that many — including more than a few well-endowed investors — would never have imagined a day in which Theranos would fail. Holmes creating an aura and a team around her that was essentially bulletproof, allowing her to operate without many of the necessary checks and balances that CEOs normally handle.

The documentary puts a lot into question. Namely, why do we follow these people, and are they necessarily evil? There’s a sense of detachment that can come about from the end goal and the ethics of getting there. In a world that is without classic heroes and villains you would see in a comic book, it’s often those shades of grey that get people in trouble.

The Dangers and Perils of Silicon Valley

Northwest California is home to a lot of great thought and innovation. Anyone from Google to Apple to really any other major company on the cutting edge of advancement has a home in this space. These days there’s a bit of an evocative attitude towards the area, like those that handle their business there are members of some more evolved piece of humanity with an IQ nearing 200.

Silicon Valley mistakenly conjures images of some fantasy world where genius is used, where thought is able to flourish in a way that makes all of us better. But what The Inventor: Out for Blood in Silicon Valley astutely discusses is that companies know that people think this way, allowing them to play the system in a way that is unfair for everyone else. Most of these companies are staying under private ownership far longer than in past decades, keeping their ideas out of the public along with their structural issues. The fall of Elizabeth Holmes — who was heralded as the next Steve Jobs at one point in time — shows the inherent bias we have towards perceived innovators. We want them to succeed because it’s better for all of us if they do, but we’re often too slow to stop them before everything flies out of wack. 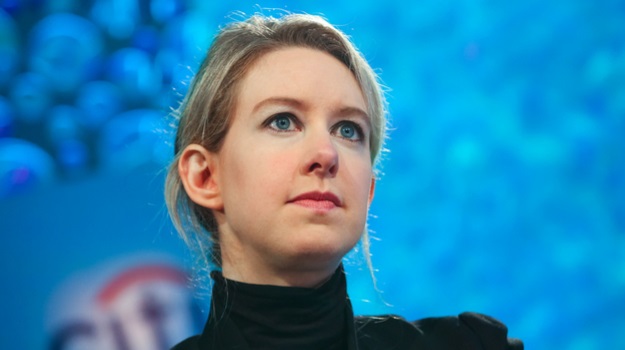 The Inventor is Stitched Together

Direction is largely brushed to the side when it comes to discussing documentaries. The focus is on the facts and the story, which is reasonable considering that these two elements are very clear-cut. But it’s rather obvious that the filmmakers wanted to connect the elements of this story through person-of-interest interviews, and simply did not have the correct soundbites to make that happen. It’s an after effect of one of the most underrated difficulties in documentary filmmaking: asking the right questions. When these direction issues arise, it normally stems from the storytellers having trouble in visualizing the end product. This documentary has a lot on its mind, which is also evident in its overly long two-hour runtime, but it often feels like a splat on the screen with the focus simultaneously being on multiple topics at once.

A phantom narrator comes in out of the blue to help the story move to its next beat when it gets stuck, or the documentary will cut to sometimes meaningless archival footage to make its point. Out for Blood in Silicon Valley remains engaging throughout, but these noticeable stitches keep it from becoming as transcendent as it hoped.

Though it’s not necessarily well-made from a structural perspective, The Inventor: Out for Blood in Silicon Valley remains engaging throughout with its larger than life story and suitably neurotic central figure. We’re in a constantly changing time for business with more people finding the agency to start their own projects. But as The Inventor shows, blind faith should not be part of the equation in Silicon Valley. Only then might we be able to avoid future incarnation of Theranos.

Thank you for reading! What are your thoughts on The Inventor: Out for Blood in Silicon Valley? Comment down below!

[…] many, many lifetimes ago, Wuhan, China went under lockdown as the Coronavirus ravaged the region. Healthcare workers were left to play a deadly game of catch-up, understaffed and undersupplied as individuals […]

Bad Blood is a great book that details the story. It’s a bloody good read. Anyone interested after watching the documentary should definitely check it out. I’ve done a review: