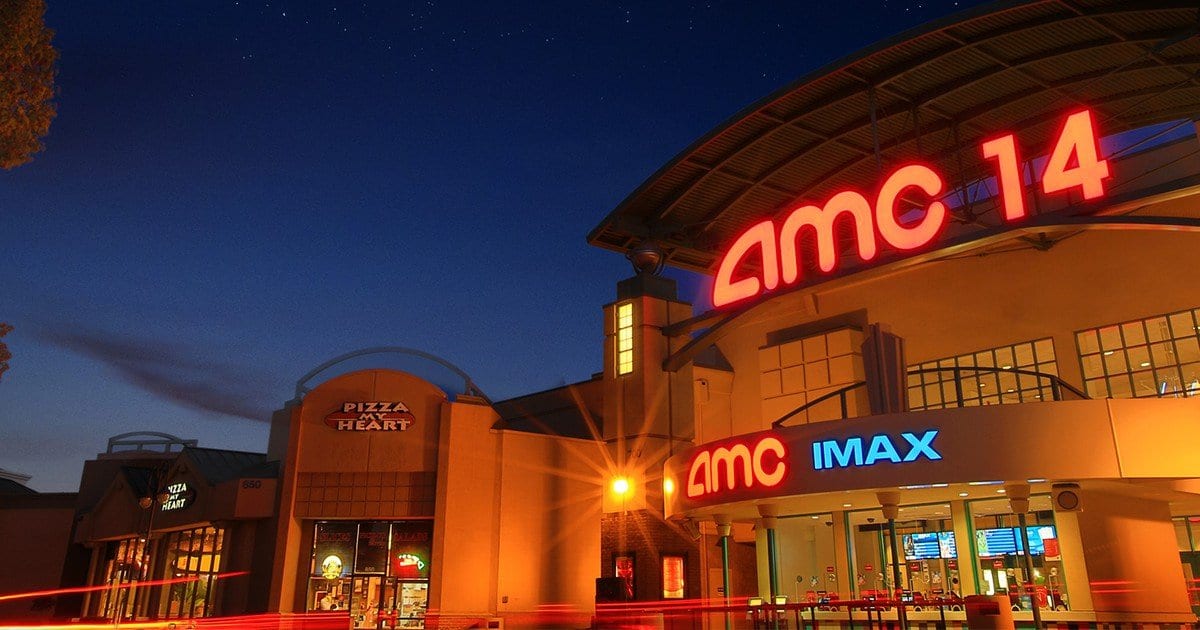 Helen Mirren just followed a possible trend of hating on streaming services. After director Steven Spielberg said Netflix movies shouldn’t be allowed to compete for academy awards, the actress said to an audience at CinemaCon, “I love Netflix, but f–k Netflix.” She believes nothing compares to the experience of watching a film in a traditional cinema.

The interesting part of Mirren’s quote is the ambivalence she expresses. It’s a sentiment plenty of us can to relate to. As the internet continues to usurp our days and maximize convenience, it’s difficult to resist the desire to sit back in bed and open our laptops in place of getting up, getting dressed, and driving out the nearest theater to pay 8-10 dollars per ticket (not to mention the frighteningly high cost of concessions). True, the IMAX screens are pretty seducing and the reclining seats offered by Regal Cinemas, AMC, and other theater chains help to mimic the comforts of home — to a degree. But many of us are acquainted with more and more people who say, “just save your money.”

But nostalgia is inevitable. Anyone who has been in a theater as old as the 1920s, or one dating even farther back to the 19th century, has experienced that sense of being transported to a time where entertainment was as grand and romantic as it was uplifting. But even though streaming services blot out some of the romance from the movie experience, I believe cinemas will fall further out of favor because they force us to do the one thing society struggles with the most — focus.

The public have always craved more and more stimulation from filmmakers. At the start of the silent era in 1905, the first theaters opened, called Nickelodeon (‘nickel’ being the cost of admission and ‘odeon’ the Greek word for ‘theater’). The films they showed weren’t exactly like our summer blockbusters. They showed excited audiences films of Vaudeville acts and other short films that involved limited camera angles.

Eventually, it wasn’t enough for audiences to just see a stage-like performance playing out on a screen and filmmakers were tasked with getting more creative with the new medium. This led to innovations in superimposition, split screens, and close-ups, and the progress increased from there. Where once we had little more than a bunch of pictures moving in a choppy sequence, we now have CGI and Deepfake. 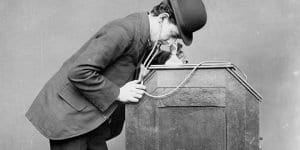 Innovations in technology seem to lead to unceasing cravings for more technology. This has led to an age where the market is deluged by smartphones, iPods, many varieties of Kindles, and numerous other tech items. Anyone who has ever worked in a theater knows that it’s a challenge to keep people off their phones while a film is playing. It’s one of the essential parts of movie theater etiquette that a patron can’t shine the light of a second screen in a dark theater.

Few people follow this rule faithfully, however. Even while at home, people who watch movies on Netflix, Hulu, or Amazon, rely on more than just the film for entertainment. When a movie hits a lull, however briefly, the viewer often opens a new tab or reaches for his or her phone for some extra stimulation, and they don’t have to worry about repercussions like they might in a theater. This need for extra stimulation makes other forms of technology, aside from the one screen in front of us, a part of the modern movie experience.

Sure, the convenience of watching movies at home and the relatively low cost of it is a huge reason movie theaters may become obsolete. But it can’t be ignored that our vulnerability to distractions also contributes to the problem — if one thinks of it as a problem. 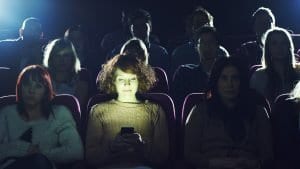 TV networks played The Shining plenty of times while I was growing up, and when it was on TV I enjoyed the film — while I worked on my PC about fifteen feet away. This is how it was with a number of classic films I watched in my teens. Oddly enough, my patience for watching movies was better when I was under the age of ten, before a PC had made it into my home.

As an adult, I started volunteering at our local theater — a gorgeous, Greek revival structure that saw a slew of performers and orators in its day, from Maurice Barrymore to William Jennings Bryan. One night, I volunteered for an anniversary screening of The Shining, and I can say that it was the first time I had truly seen the film.

Nestled in a crowd of over 300 people, without a single light to illuminate even the walkways, my focus was fixed entirely on the large screen in front of me. Additionally, audience reactions to Jack Nicholson’s performance was an added source of enjoyment. I got to see the film through other people’s eyes as well as my own. All of this added an energy to the viewing experience that I would never be able to recreate at home.

Since then, I no longer feel the motivation to go to Netflix and search for a movie to watch, because I know I’ll be deprived of some important aspects of the performance. Months after seeing The Shining, I decided to buy a ticket to see a screening of  the documentary Three Identical Strangers at the same theater, even though I knew it was available on streaming services.

But even if I and many other people, like Helen Mirren, prefer movie theaters, that won’t change the fact that the majority of folks will inexorably favor convenience and immediacy. 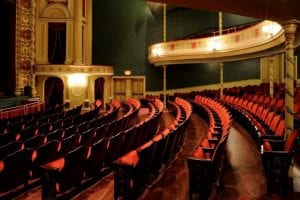 Will Theaters Just Recede Into the Background?

Business Insider reported that the number of theatergoers has been consistently low since the 1960s — for obvious reasons. Movie theater attendance was at its peak in the 1930s, since escapism was highly desirable during the Great Depression. Perhaps it speaks to our relative affluence as a society that we can leave movie theaters in the dust when the market offers so many viable alternatives.

But my philosophy is that more isn’t always better. Even if I can’t often afford to go to the movies, I never regret the theatrical experience offered by my local historical theater and Regal Cinemas. I suspect enough people feel similarly that movie theaters, historic ones in particular, will always have a place in our culture, however small that place might be.

Thanks for reading!  What do you think the future holds for movie theaters? Leave a comment below!

I have been working at a movie theater for over a year now and this has definitely been something discussed often. We have seen a decline in attendance but I personally think that nothing beats a movie seen on the big screen.

Great article! It’s hard to tell, right now, if movie theaters will ever become a thing of the past. However, there are a few things that movie theaters have done to help the movie-going audience. Fathom Events schedules screenings of various types of entertainment, so there’s something for everyone. Several movie theaters offer reward programs, so theater patrons can receive things like free tickets or concessions if they use their reward memberships. Hopefully, these things can help movie theaters stay relevant.

I absolutely love the theater. There is something about going there that makes you feel like you’re watching the movie with dozens of others, rather than just by yourself. It’s an immersive experience. Just like libraries, I don’t see theaters going down without a fight because they are community venues. If I want to see Avengers: Endgame, I have to see it in the theater right now because it won’t be available (legally) anyplace else. Plus, I get to brag that I was one of the ones who saw it in the theater, so bragging rights are there too. With scary movies, it’s more like you get to witness all the jump scares with other people, outside the safety of your home. There’s something communal about a theater. I don’t think that will go away. But Netflix will be a challenge.

I believe that just like physical media, movie theaters won’t be completely exorcised from existence entirely. Sure, digital media is very prevalent and you never have to worry about random nearby patrons who’re rude to others, but human beings need to get up and move around every so often. Plus, film franchises that rely on movie theaters to strive can often hinge upon how many people come out to see them. Finally, I think that there’s a human aspect to movie theaters that helps us keep our humanity. If we completely sell ourselves to digital media, then we become isolationists in a way. We need interactions in order to stay as human as we can, or else it gets worse over time. In the end, I think that we can maintain a balance between viewing movies on a theatrical screen and doing some in-home viewings as long as we help preserve the history of this kind of entertainment so that everyone can experience these forms for themselves.

I dunno what will happen to theaters, but if they do become obsolete, I feel it will really affect the film industry.

Damn, I hope not. But yeah, getting people to put their phones down and concentrate for two hours is like herding cats these days. Shame.