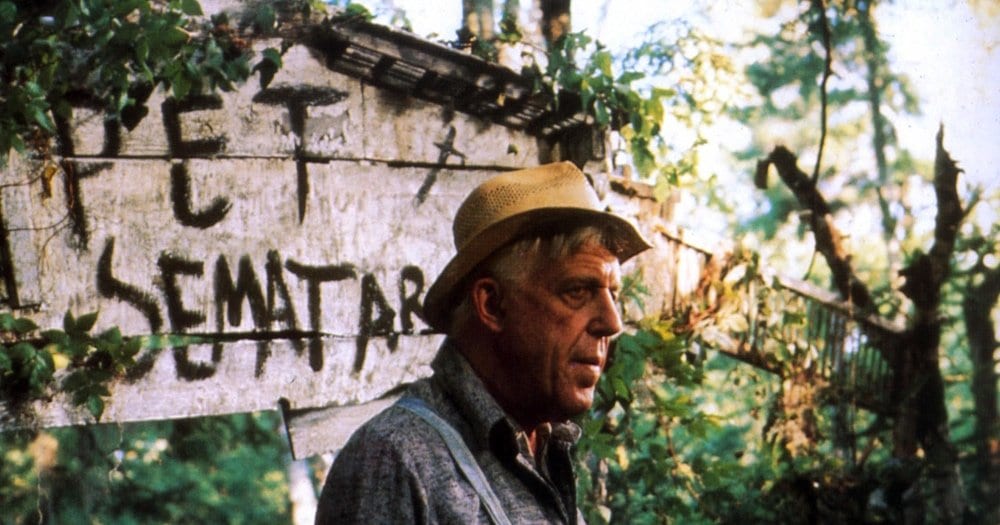 With the remake of Pet Sematary in cinemas, it’s more than appropriate to take a look at the original film version on its 30th anniversary.

In case you’ve forgotten, Doctor Louis Creed, and his family — his wife, Rachel, their daughter, Ellie, and their three-year-old, Gage — move to their new home in the small rural town of Ludlow, Maine, alarmingly close to a busy highway. When the family cat is killed, their neighbor suggests there might be a way to bring him back….but at what cost? There were some great horror films in the 80s. (The Thing, Evil Dead, Re-Animator…) There have been some great Stephen King adaptations (Misery, The Mist, Carrie...). Pet Sematary (1989) will not be going on either of those lists.

I had hazy memories of it being okay. Scary cat, Fred Gwynne’s Maine accent, ghost stuff…what I didn’t remember were the performances of everyone except Gwynne. He seems to have been dropped in from a better, more considered movie. He’s measured, thoughtful, realistic in a way that few other aspects of  the film are.

An Obvious Lack of Subtlety

Right from the start, the Creeds house is shown to be right next to the un-fenced road that is apparently solely used by heavy goods vehicles.

This film doesn’t believe in subtle foreshadowing. Want to show that it’s risky for pets? Have someone say lots of pets die there. Want to show it’s dangerous for people? Have the toddler come within a hair’s breath of getting smooshed…then have a college kid get smooshed. They don’t show how this occurs, possibly for budget reasons but possibly because as shown, there is no way an adult could get killed on that road without being really careless. It’s one straight road through the middle of nowhere. What on Earth was Victor Pascow (said student) doing when he was hit? 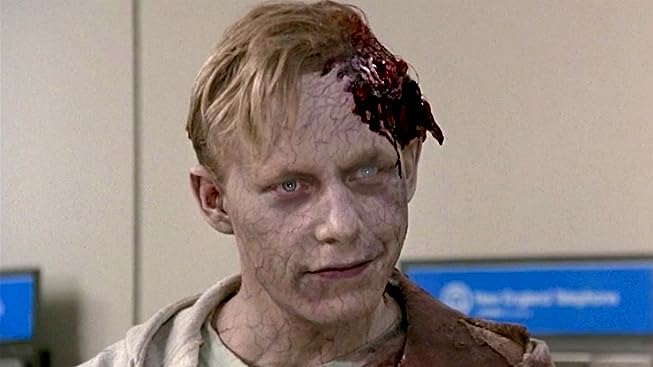 Victor at least makes himself useful post-mortem (and, to be fair, Brad Greenquist gives a reasonable performance.)  He becomes a walking exposition machine/ghost assistant. Why is he knowledgeable about native American burial grounds? Who knows, but it saves some time in getting Dr Creed there. He’s almost omnipotent in his ability to help. He can follow Louis or Rachel at will, offering advice and encouragement. I say “almost” because he never gives enough to help to actually solve things, just enough to keep the plot moving, and never in a subtle way.

It’s the clanking lack of subtlety that really spoils things. If you kept the creepy aspects to subtle wrongness, if things were just a little off, you could understand Louis’ actions. In the novel, when Church the cat is revived he’s slightly off , taking out more birds and mice but still a cat that could pass as unchanged if you weren’t paying close attention. Here, he’s…well…

Let’s face it, if THAT came back to your house you’d reach straight for a shovel. And possibly holy water. You wouldn’t let it within 50 feet of your family.  At every step of the way, the makers forgo subtlety in this way. When Louis hears someone use the same phrase he had just heard in a nightmare he doesn’t have a double take or look confused. No, the camera zooms to close up and he gives the horrified expression of a Hammer Horror damsel seeing Christopher Lee bare his fangs. When they show the back story of Rachel’s sister Zelda, a victim of spinal meningitis, they don’t let the viewer imagine any of the horrors of that condition and the suffering leading to madness, no, they have Zelda be played by a man (Andrew Hubatsek) in a nightgown. Doing a silly voice. 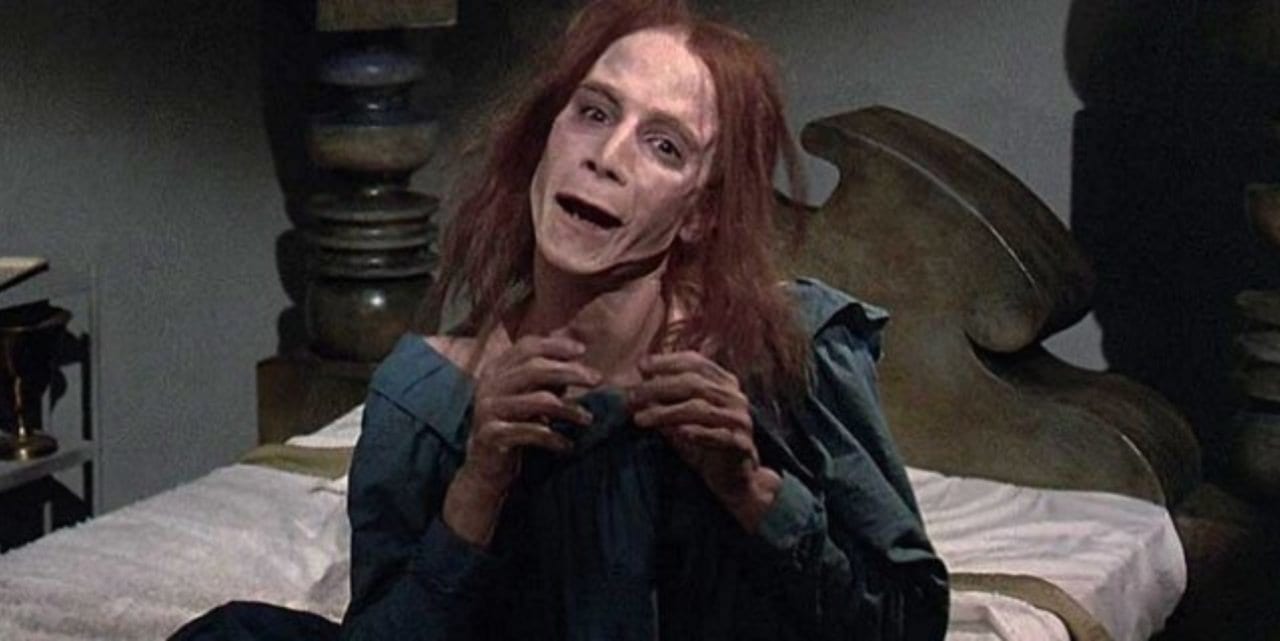 Losing Touch With the Source Material

King wrote a novel based on the horror of loss and the lengths a parent would go to recover their loved ones. It was slow-burning, even thoughtful. The makers here tried to turn it into a slasher movie like Child’s Play. Most slasher movies at least know you need more than one attack in the whole film. (Child’s Play also used stunt doubles for the killer.) Here, either it’s a laughably fake arm or the use of a real child has restricted what they can do, rendering scenes less scary than a kitten and puppy play fighting.

In a world in which The Mangler exists I’m not sure it’s the worst Stephen King adaptation but it’s definitely in the running for the title. The one thing it does have going for it is that it’s not Pet Sematary II which was so bad that Stephen King had his name removed from all marketing for it. 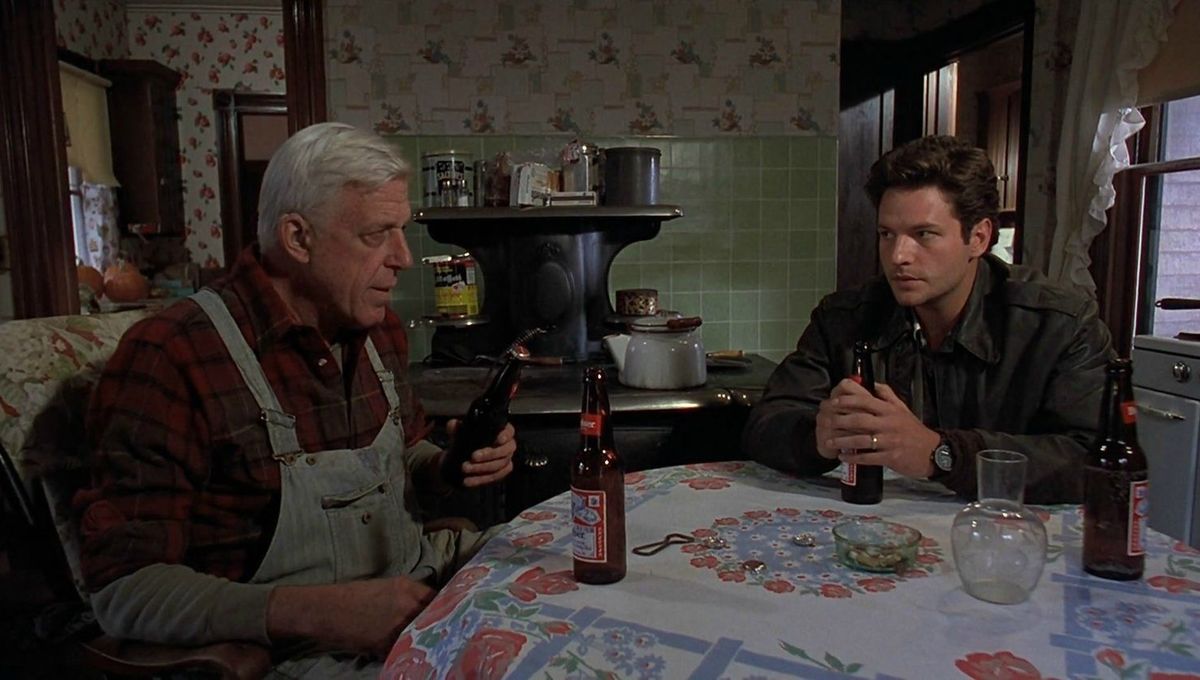 Thank you for reading! What are your thoughts on Pet Sematary? Is there a worse King movie? Comment down below!