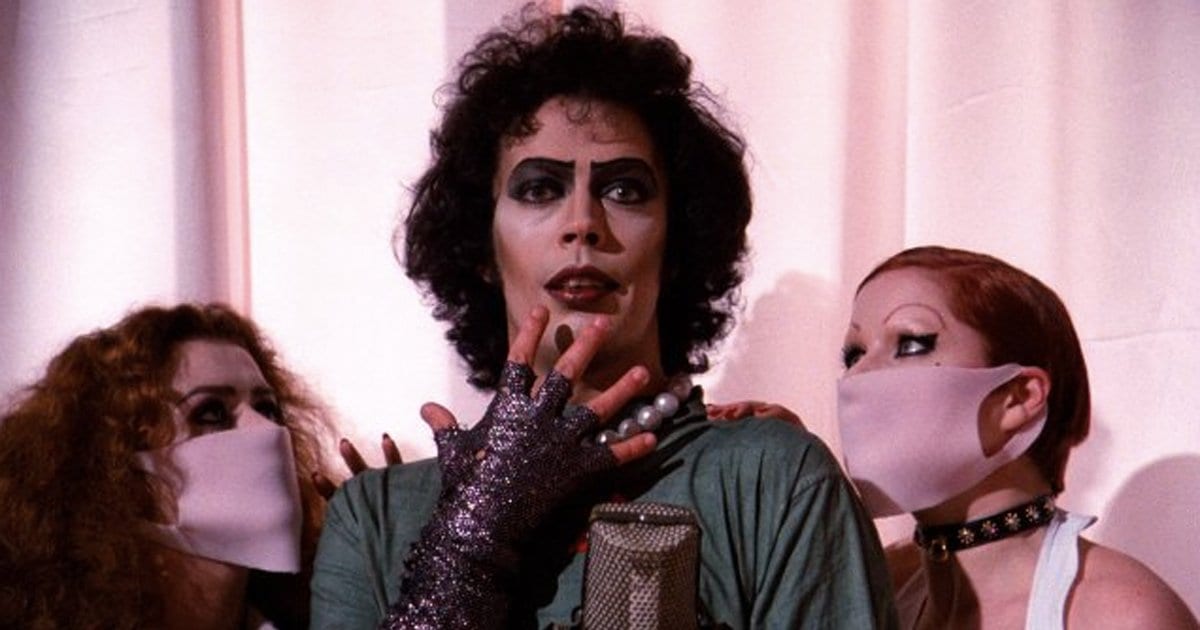 Some movies are in theaters just for their initial theatrical run only to then disappear off into obscurity shortly after. The only chance they have of being seen again is as you passively sift through the movie channels on your TV on a slow afternoon and accidentally press the “OK” button. But there’s a few movies that continue on, that mutate later on in their lives to appease crowds years afterwards at screenings in local theaters late at night. Hence the term, “midnight movie.” The idea of midnight movies is such a nebulous one. Wherever you look, you’ll find an alteration to the definition. But the common idea to it is that the film has reached some kind of cult status and is a helluva fun or mesmerizing time to watch for one reason or another along with other people at a late hour in a theater.

Essentially, midnight movies facilitate the communal experience of watching movies, a concept that is a very prevalent around Halloween. They often tap into grungier, more animalistic aspects of the moviegoer’s psyche with gonzo segments that entertain endlessly. They’re off the beaten path, but still popular enough to draw a crowd.

Hopefully a handful of these movies are playing at a theater near you in the coming weeks!

I forgot to mention one key item in midnight movies culture: drugs are a catalyst for the entertainment in some pockets of midnight movie crowds. Pick you poison and the themes and images of a movie become, well, enhanced. Look no further than Stanley Kubrick’s sci-fi epic 2001: A Space Odyssey for that kind of entertainment. For the last ten minutes alone this movie is perfect for those looking for late night discussions in the theater.

Even better, Christopher Nolan’s update of the film to 70mm sparked a wide release in theaters, putting it back into the public consciousness once again. Sometimes, all people want to do at midnight screenings is see a renowned movie for the first time on the big screen and take in its glory as the director intended. (One film in and I’ve already added two rules. Ohh how indefinite the idea of a midnight movie is!) Made popular by the resurgence of interest in Ed Wood’s work, Plan 9 from Outer Space falls into the camp of so-bad-it’s-good midnight movies. With cheap sets, bad acting, and an incomprehensible story, the film was once called the worst movie ever made by critics Harry and Michael Medved in their book The Golden Turkey Awards back in 1980. It was after this book became popular that Plan 9 from Outer Space retroactively became a hit for ironic movie watchers around the globe.

The film has an odd chaotic energy to it that makes it easily watchable for its flaws, making for a great experience with other movie patrons. 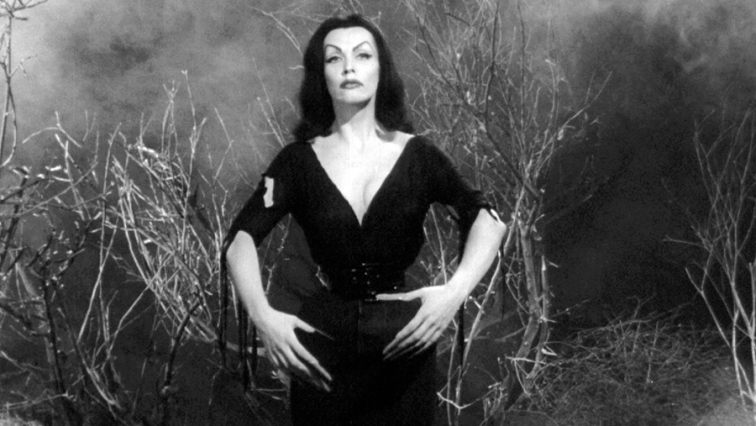 Paul Verhoeven LOVES a good ol’ satire, and his fans love it too! Even to the point where when his films fail miserably, there’s still a camp of people who think they’re genius works filmmaking.

Showgirls was one of the most high-profile NC-17 films to get a semi-major release into theaters, headlined by child star Elizabeth Berkley making sure everyone knew that she was ALL grown up. Showgirls shifts from weirdly titillating to incredibly uncomfortable to unintentional funny from scene to scene, making it perfect for an ironic viewing party…and those that think it’s a surrealist work of art. 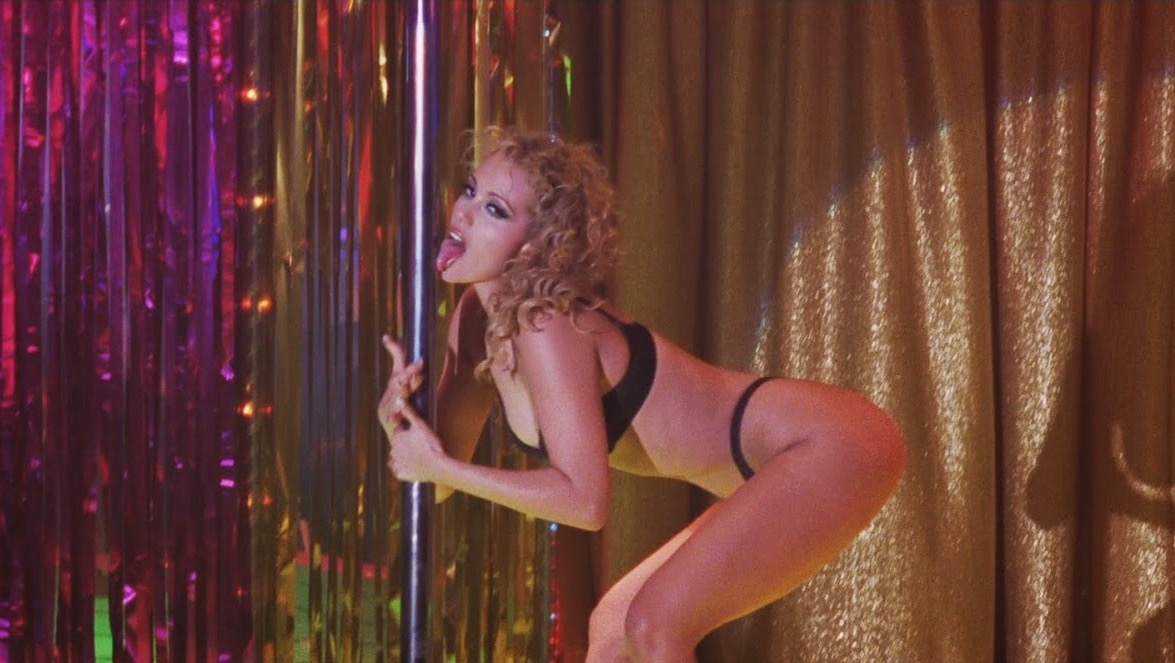 John Waters made Pink Flamingos back in the day for a measly $12,000, turning that sack of cash into one of the more odd films you’ll ever see, using its NC-17 rating for bizarre scenes with bizarre people doing bizarre things, headlined by the peculiar Divine that never ceases to be fascinating.

John Waters loves to shock his viewers, and Pink Flamingos continues to one-up itself with more and more gross sequences. You could say that it uses its NC-17 rating to its fullest potential.

Pink Flamingos is the definition of a cult film. People that love it will turn out in spades to see it on the big screen!

I must tip my cap to Jack Packard of Red Letter Media for his perfect description of Re-Animator: it’s a gory representation of improv logic. Things happen, odd tangents occur, and the film just rolls with it, blending those tangents into the story until the next odd thing rears its head.

For those of you that are unaware, the film follows a scientist that has found a way to bring dead tissue back to life and hopes to — ahem — re-animate once-living beings. As you might imagine, things go horribly wrong, and we’re left with a bunch of bloody, mostly brain-dead zombie figures.

Re-Animator is frantically paced, but also perfectly paced, fill with great gore and humor. Another great one for the Halloween festivities!

When movie fans still go to theaters dressed up as their favorite characters, you know that the movie is a great contender for a midnight movie.

Needless to say, The Warriors is awesome. Shot on a shoestring budget but still completely great, the film uses its rough exterior for a cartoonishly violent and instantly quotable time. Arguably, it’s one of the best gang movies ever made, but the sake of this list, it has all the materials of a great cult film that will consistently draw a crowd at theater showings. Everyone will go to the theater just to see the “WARRIORS! COME OUT AND PLAY!” clip.

A popular decision would be to choose Evil Dead II or Army of Darkness instead of the The Evil Dead here. After all, the two sequels are far more self-aware and dig hard into their comedy elements. In fact, many people retroactively declare the original Evil Dead as hilarious because of the zany genius that Sam Raimi injected into its two sequels.

The Evil Dead certainly has its silly moments, but it plays the bloody situation with a sense earnestness, making its low-budget charm even more endearing while also providing some more intense horror sequences. I love Evil Dead II and Army of Darkness, but they’re different films for a different situation in my mind. Plus, when going to a midnight showing, there’s always people seeing it for the first time. You don’t want them to start with a sequel without seeing the original! They wouldn’t fully appreciated why the film has become such a cult favorite.

Silly, dated gags with gruesome horror is perfect for cult showings. I’m certain that the film is playing near you this Halloween season.

You can’t get much better than the original Halloween. The Godfather of the modern horror movie is tense, creepy, and haunting, but it’s also cheesy and silly. It’s also pretty great to watch in a theater environment to watch people react to the seemingly lazy horror tropes that the film actually created when it hit theaters back in 1978.

Slasher films are perfect for a late night trip to the theater. Just sit back, have a few brewskis with the boys, and watch the legend of Michael Myers come to life as he easily dispatches of Haddonfield locals. Other then the landline telephones that the characters use, Halloween is a movie that could have been made in 2018.

“Anyway, how is your sex life?”

The Room‘s reputation speaks for itself. Moving on! For a truly perfect midnight movie, there needs to be a combination of all the constantly-evolving stipulations I have laid out to this point. The Rocky Horror Picture Show is a perfect fit for the criteria, and it’s so oddly energetic that it necessitates a viewing.

Fueled by a kinetic performance from the venerable Tim Curry who is hamming it up to the high heavens as Dr. Frank-N-Furter, a transvestite scientist, The Rocky Horror Picture Show speaks to everyone’s wild side…while also giving them the excuse to dress up in a ton of leather and makeup and go nuts at the theater as they sing along with its infectiously unhinged lyrics. It checks all the boxes of a midnight movie, and it’s the reason that midnight movies are as popular as they are today.

Thanks for reading! What are your thoughts on the best midnight movies? Comment down below!

I’ve seen all of these movies except one. With this list, I’m surprised that Priscilla, Queen of the Desert wasn’t on it.