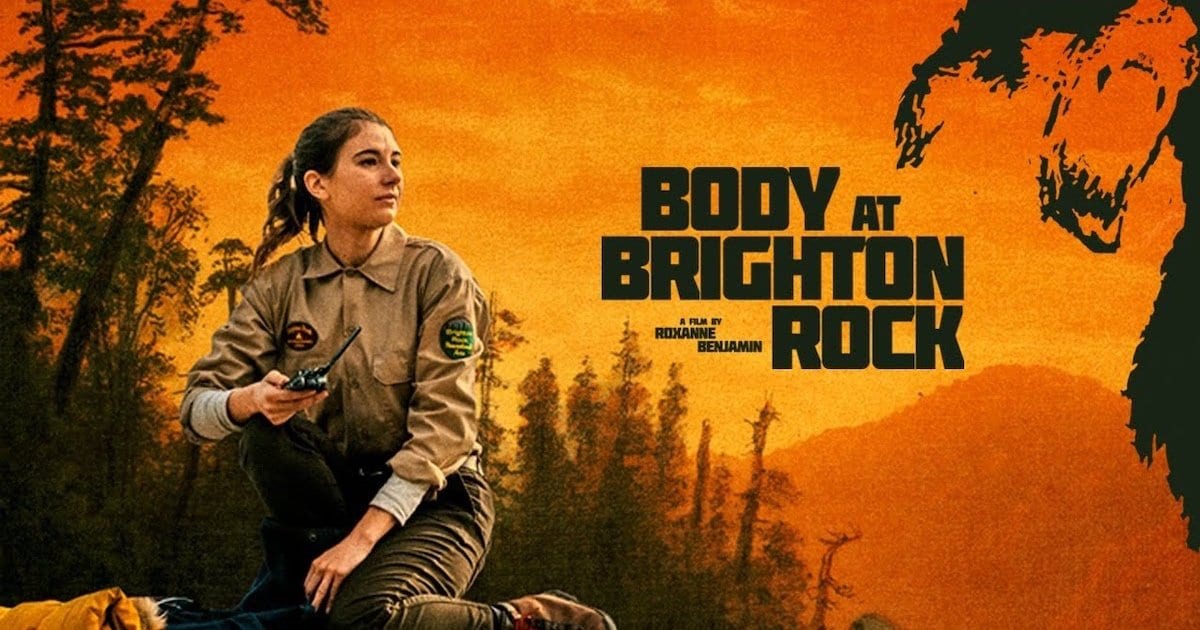 Body at Brighton Rock is a disconnected film that starts with so much potential. Throughout its runtime, it slowly slides out of control and starts to change its identity over and over again. All of this, I have to assume, is done to try and keep the audience engaged. Instead, the film loses what it had going for it during the opening acts, including all the emotion and investment that was so carefully set up.

I did enjoy this film from a technical aspect, and what I think it can add to the horror/thriller genre. The story, however, is where this film really suffers and by the time the credits rolled, I couldn’t help but laugh and think this film should have been titled: Teen Girl Tries to Survive Night in the Woods Without a Cell Phone.

That’s how far this film goes. From its promising premise to its laughable conclusion.

Wendy is a rookie park ranger, who can’t quite seem to make it to work on time. What starts out as a bad day, gets much, much worse as she is pride shamed into swapping job assignments with a fellow ranger. Wendy now finds herself out in the wilderness, on trails that she is not qualified to be wandering on by herself.

Wendy’s day goes from bad to worse as she stumbles into a body on a remote section of trail. She is then thrust into a harrowing battle for survival as she tries to figure out what to do now that she has to guard what could potentially be a crime scene.

The biggest question of all: is she alone in the woods?

Body at Brighton Rock is the directorial debut of Roxanne Benjamin. The film had its world premiere at South of Southwest on March 8th, 2019 and was released shortly thereafter in April of 2019.

What I found interesting throughout my viewing was watching the dueling roles of Roxanne Benjamin as both writer and director. Simultaneously she is able to knock the ball out of the park from a technical standpoint, but stumble at knowing what story she wanted to tell with this film.

There is an obvious separation between each of the three acts which really takes away what it could have been. Instead, we are left with a mess of emotions and an identity crisis which distracts the viewer from knowing what they should be feeling. 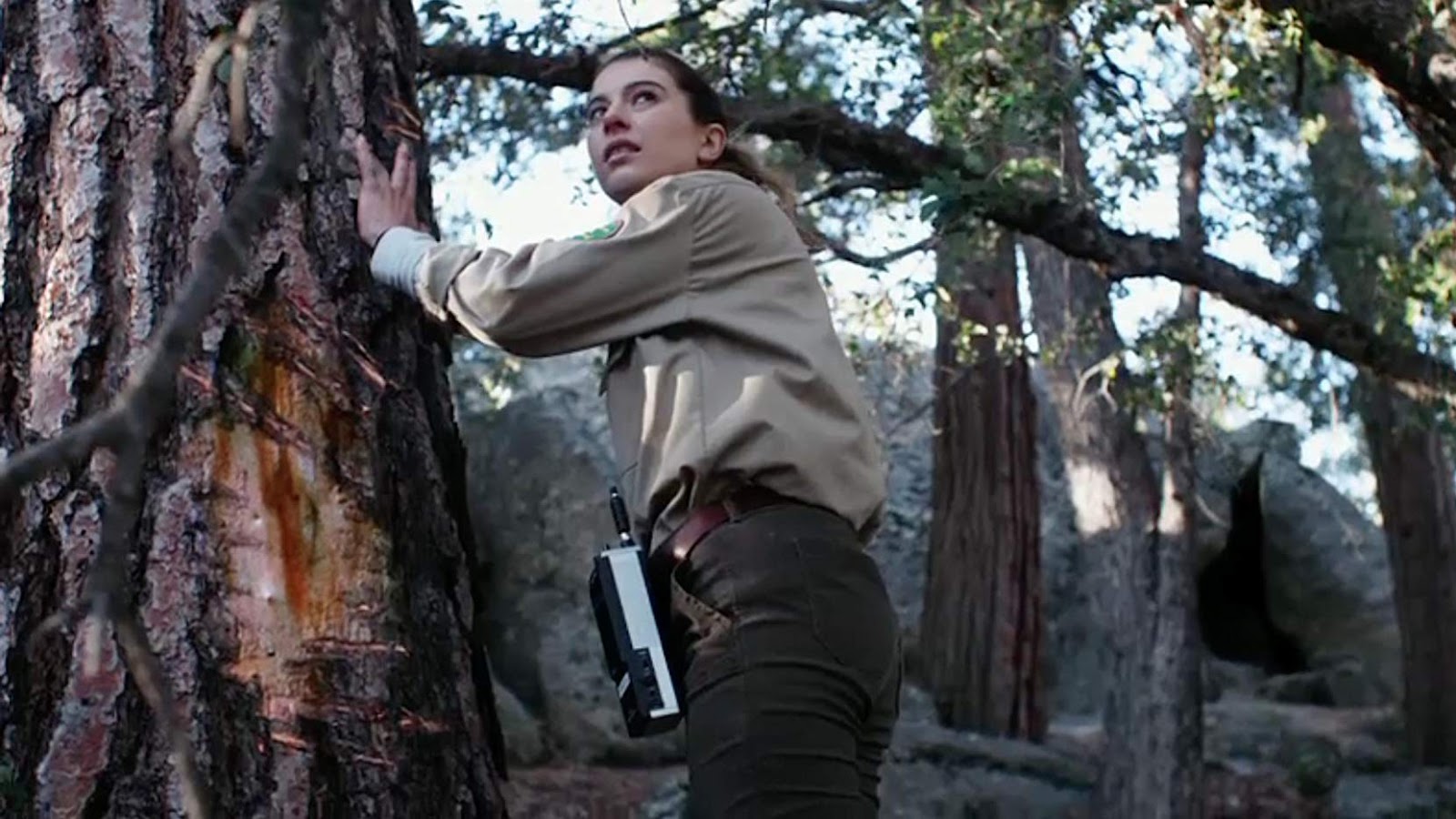 The direction done by Benjamin on this film was quite impressive with it being her first full-length feature. Body at Brighton Rock starts out so playful and slowly transforms into something quite menacing. She does this with where the camera is placed. What Benjamin playfully shows and carefully hides from the audience is used perfectly to create the most tension possible.

By using the camera to ramp up the tension, Body at Brighton Rock takes you from moment to moment without knowing what will happen next. The camera only allows you to see what it wants you to see, and by hiding parts of the screen behind the actors, it keeps you guessing what might be behind the next corner.

Body at Brighton Rock is basically three films in one, which is where the problem comes in. However, Benjamin does carefully slide from one style into another almost effortlessly. I was entranced through the opening to well past the midway point of this film.

The sound and music were also top-notch in Body at Brighton Rock. The opening credits and following 80’s pop style music just set the tone for a fun, retro, summertime movie. I genuinely was excited for what I was about to watch.

When the tension started the soundtrack changed to a menacing, don’t-look-under-the-bed style that was fitting for the shift in the theme of the film. The use of sound elevated each scene to another level. Following the direction of where the sound was coming from with your ears, paired with the camera not showing your eyes what is in that direction, was a nice trick that helped set up each scene. The style was very reminiscent of how Hereditary played with the camera last summer.

You never knew where anything was coming from and it made for a delightful ride. By following sound from moment to moment, it made it feel like I was in the woods discovering everything with Wendy. I found myself hooked with each noise trying figure out what Wendy found herself in the middle of.

Body at Brighton Rock slowly wandered off the path it was following the longer the film continued. By the end, it was hard to hold any sympathy for Wendy or the situation she found herself in. By bouncing around haphazardly from genre to genre it did nothing but potentially wear out the audience before reaching the conclusion.

Starting out with what I thought could be a funky Tarantino-esque summer camp film, turned into an 80’s slasher flick, to a survival movie of self-discovery…and many more that I don’t want to spoil. Any or all of these could have been fine to build a movie around; what doesn’t work, however, is trying to build a movie around all these different ideas at the same time.

If they would have believed in the initial story they set out to tell, and focused on that instead of trying to add more flash, they could have had a less disconnected film. I just couldn’t figure out why the filmmakers decided to throw everything at the wall so desperately towards to end to see what would stick. Especially since they had a compelling story in the beginning. 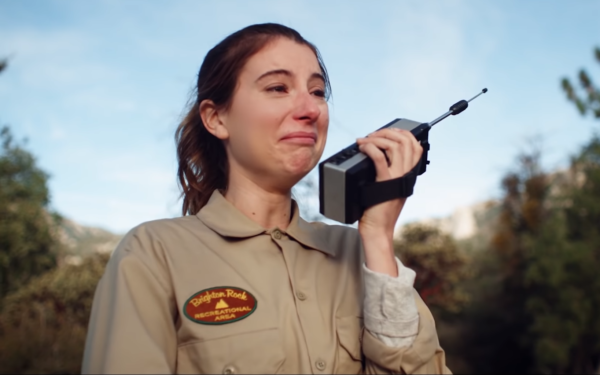 Body at Brighton Rock had a lot going for it. The vibe and concept is very intriguing and headed in the right direction from the start. It is within the execution of the third act that makes this film slightly disappointing.

It was a shame to watch all the story setup and brilliant technical execution fall to the wayside as the film wrestles with what genre of film it wanted to eventually become. If Body at Brighton Rock would have stuck to one solid idea, it could have been a nice sleeper film to start the summer movie season.

In its current, confused state, it’s hard to suggest this film to anyone unless you enjoy exploring the filmmaking process. As much as the film falls apart by the end, there were still intriguing techniques on display.

It’s just a shame that the story didn’t have as much confidence as was put into the technical production. Instead, we get a choose-your-own-adventure-like tale as we bounce around from idea to idea hoping that there is something in there for everyone.

A little more focus could have done wonders for Body at Brighton Rock. 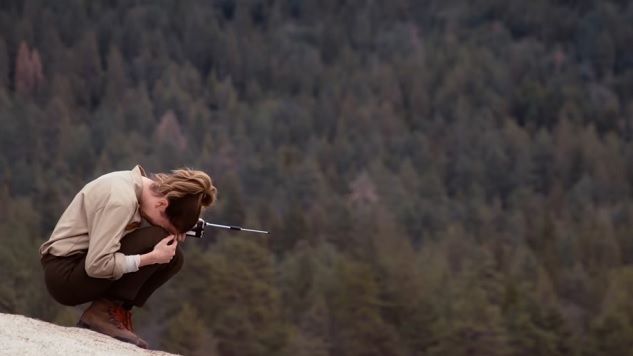 Interesting review! Although I trust your judgment, I’m still intrigued by this movie…

‘Color Out of Space’ is a Psychedelic Frightfest...