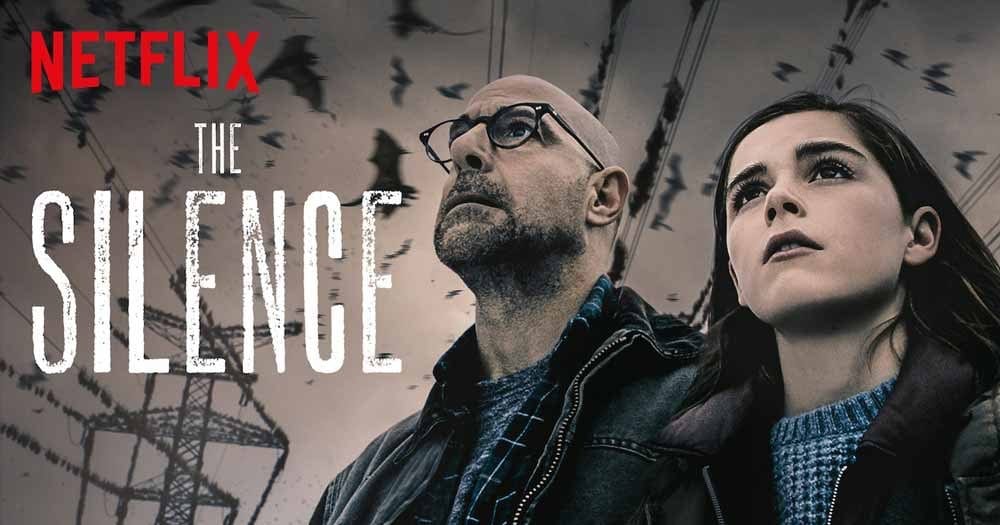 One can’t but help but feel some kind of pity for The Silence. After the book of the same name hit shelves back in 2015, the film adaptation was immediately put into pre-production, with Stanley Tucci and Kiernan Shipka signing on to star in the film. But a lot has changed since the film began principal photography back in 2017, namely the releases of both A Quiet Place and Bird Box…and the bankruptcy of The Silence‘s former distributor Global Road Entertainment. And to add just a bit more salt into the wound, John R. Leonetti, the director of Wish Upon, helmed the project.

When the world is under attack from terrifying creatures who hunt their human prey by sound, 16-year old Ally Andrews (Shipka), who lost her hearing at 13, and her family seek refuge in a remote haven. But they discover a sinister cult who are eager to exploit Ally’s heightened senses.

For a discussion of The Silence, watch the video from Austin Burke below:

Thank you for reading! What are your thoughts on The Silence? Comment down below!

Overall I liked the film, but the whole cult subplot was a complete waste of time that could better have been spent on the implications of sharing the world with the monsters.