I Watched a Weird Russian Disney Movie…and Liked It 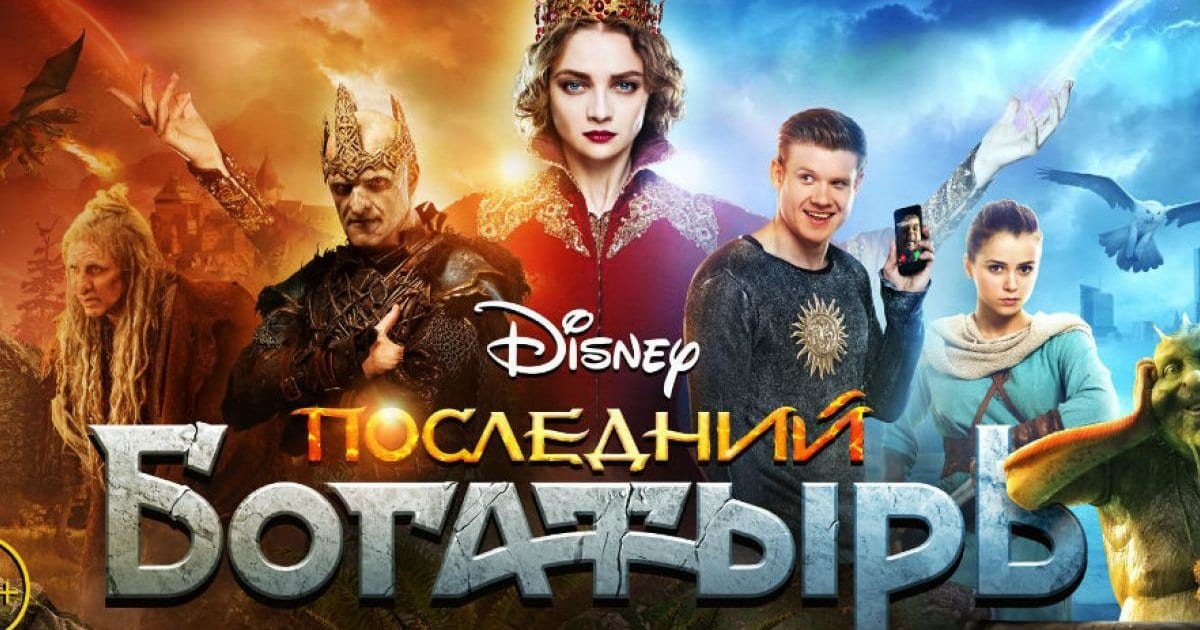 No, this isn’t one of those clickbait articles trying to steal your attention by coming up with the craziest title in the world. The Last Warrior is a weird case of what happens when Disney has a love child with Russia. While with good reason you’ll constantly find yourself asking why the Big Mouse would ever take part in something like this, the amount of fun I had was strangely satisfying. The film stars actors you probably never heard of before, and that’s okay. I’m not Russian, however, I will give you non-spoiler reasons about why you should watch this 2017 Russian Disney comedy-adventure-fantasy.

I think I just coined a new term. Who would’ve thought cringe could ever be charming? Well, the trailer surely doesn’t give off Oscar-worthy vibes, the characters all look silly and encapsulate every uninspired stereotype we’d associate with the quality of a Russian film. The characterizations lack subtly, pace and sometimes even logic. To many, it could feel like a complete mess.

Although those things are true, it’s also the reason it appealed to me. As regular consumers of films, we always watch them from an American sort of perspective. Equally the director usually views the world through a similar lens. This brings me to my next point.

As a fan of the industry, it gets a bit stale always watching movies about the true meaning of love, racial divides, alien invasions, superheroes, war, biopics and so on. Although each of these themes is important to talk about, and even though they are different enough from one another, by the end of the day, our culture is always surrounded with this constant familiarity. There is obviously nothing wrong with the American customs. I’m only justifying why seeing something different serves new experience.

The Last Warrior is exactly that because it automatically ties itself to a culture we’re not used to seeing. One we love to sometimes make fun of. In a way that’s what makes it new and fresh in my eyes. Not to mention it’s a fantasy-comedy. Where else are you gonna find that?

Generic with a Twist

As expected, the story is about a hero who has to save the world but to do so, he must step out of his element. The main character in question is from a modern world where people use phones and drive cars. He’s a fish out of water who comes to a fantasy-like world. Think the reverse of Enchanted.

Some would say it’s an overdone plot ploy, yet it’s done so to mock stories of this sort of vain. I’d say it even follows through until the very end to take a jab at a certain popular money-maker. The opening itself lets you know what kind of movie The Last Warrior wants to be. It blends these overdone formulas with a sense of self-awareness and acts as a secret parody.

The editing is visible. The action scenes at times messy. The plot abandons ideas they earlier established. Character interactions lack development. The logo intros are a combined minute and a half long. Don’t expect for this to sit well with the critics, however, it is a bit embarrassing to know that a movie with the budget of $8 million can put up much more appealing visual effects than a number of the ones made for $50-$300 million.

If a studio can squeeze out so much out of an indie budget, I really start to wonder where the money for the blockbusters goes. A question begins to awake, are the budgets getting higher because the CGI demands must grow or do the big boys in Hollywood simply not care about finding the right way of spending it? We might think it doesn’t matter, but the budgets of films are partly why the ticket prices are rising.

I recommend seeing this one by yourself or with a girlfriend/boyfriend on a movie night. If you wish to see it with someone else then be my guest. I’d tell them what they’re getting themselves into beforehand, but tracking someone’s reaction undergo a change from spotting the Disney intro to seeing the actual film would be hilarious. And they said Avengers: Infinity War was going to be the biggest crossover of all time.

And that about does it. I’m hoping to run into more movies that are as out of the ordinary. Enjoy this one.

Thanks for reading! What are your thoughts on The Last Warrior? Comment down below!

[…] lot of weird movies screen at film festivals, and the slate at this year’s IFFR is no different. When looking […]

Where can I watch this movie with English subtitles?? My Russian husband really wants to see it but I’m an English speaker!

[…] into this film, I realized that I am quite unfamiliar with Russian cinema. I have seen a few of the big, popular films from the countries well-known creators, such as Elem […]

I feel Disney just distributed this, not produced it?

They only partly funded it (got share in future income – $30 million). Producer is Russian studio “Yellow, Black and White”.
Movie is based on ancient Slavic tales, of course Disney can’t produce such kind of movies, like Russians can’t produce something about Spider Man (because nobody know anything about cartoons).

This definitely piques my interest.

I’ll have to look for this one! Another one that I was good; but not great is called The Guardians. It was all about the CGI for me! They must have had Chinese CGI’ers on the team because Chinese CGI is simply amazing! The movie was a cross of Guardians of the Galaxy meets I don’t know; every super hero movie you can think of. I’m not sure you reviewed it here. Worth watching for the sFX alone.

“Guardians of the Galaxy meets I don’t know”