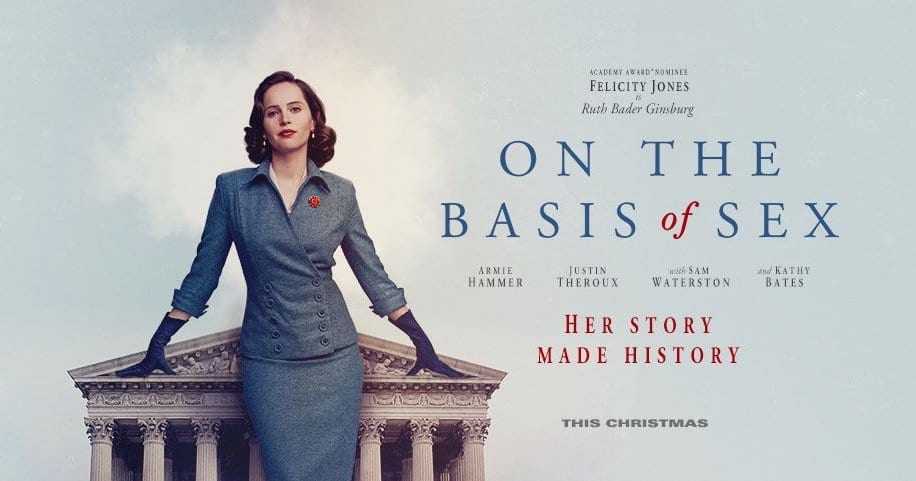 The term “Oscar bait” gets thrown around willy-nilly these days, but I think it perfectly encapsulates what On the Basis of Sex entails: it’s the stereotypical story of a great historical figure with little to no deviation from the tried-and-true formula. This movie is lucky to have its wonderful and charismatic cast.

Though she graduated at the top of her class at Harvard Law, Ruth Bader Ginsburg (Jones) struggles to find work for law firms solely because of her gender, forcing her to work as a professor and teach the next generation of lawyers while her husband Marty (Hammer) quickly rose up the ranks at his law firm.

But after years of teaching, Ruth finally finds a way to step into the courtroom and topple the entire system of gender discrimination by taking on a case where discrimination against a man is present.

The above subtitle says it all. 2018 marked the 25th anniversary of Ginsburg joining the Supreme Court, and she had more than a dozen high-profile cases on which to deliberate (I’m sure you read about them quite a bit as they occurred during the year.) However, in the realm of things that we like to discuss here on this site, On the Basis of Sex is just one of two films about the Justice this year. RBG, the documentary about Ginsburg, released on May 4th of 2018 and is now on the shortlist for the Oscar nominations for Best Documentary Feature.

And, most importantly, Ginsburg survived a health scare at the end of the year with the removal of a cancerous growth in her left lung. She was released from the hospital on Christmas Day, the exact same day that On the Basis of Sex was released to the public. You just can’t make this stuff up!

Armie Hammer Has Won My Heart

At this point in his career, Armie Hammer makes everything better. Just a little dash of Hammer here and a little sprinkle of Hammer there spices everything up for the better. (Need I remind you of his Oscar-worthy line reading of “horse cock” in Sorry to Bother You?) Hammer carries himself with an effortless swagger that is instantly appealing in every role, which makes it even more touching when he finds a way to inject complete earnestness into his performance like he does in On the Basis of Sex. His combination of sincerity and confidence is mesmerizing (especially given his 6’5″ stature).

Plus, the idea of having Armie Hammer waiting at home for you with a freshly cooked meal sounds amazing. I’m a heterosexual male and that’s STILL seems like a gift from heaven! 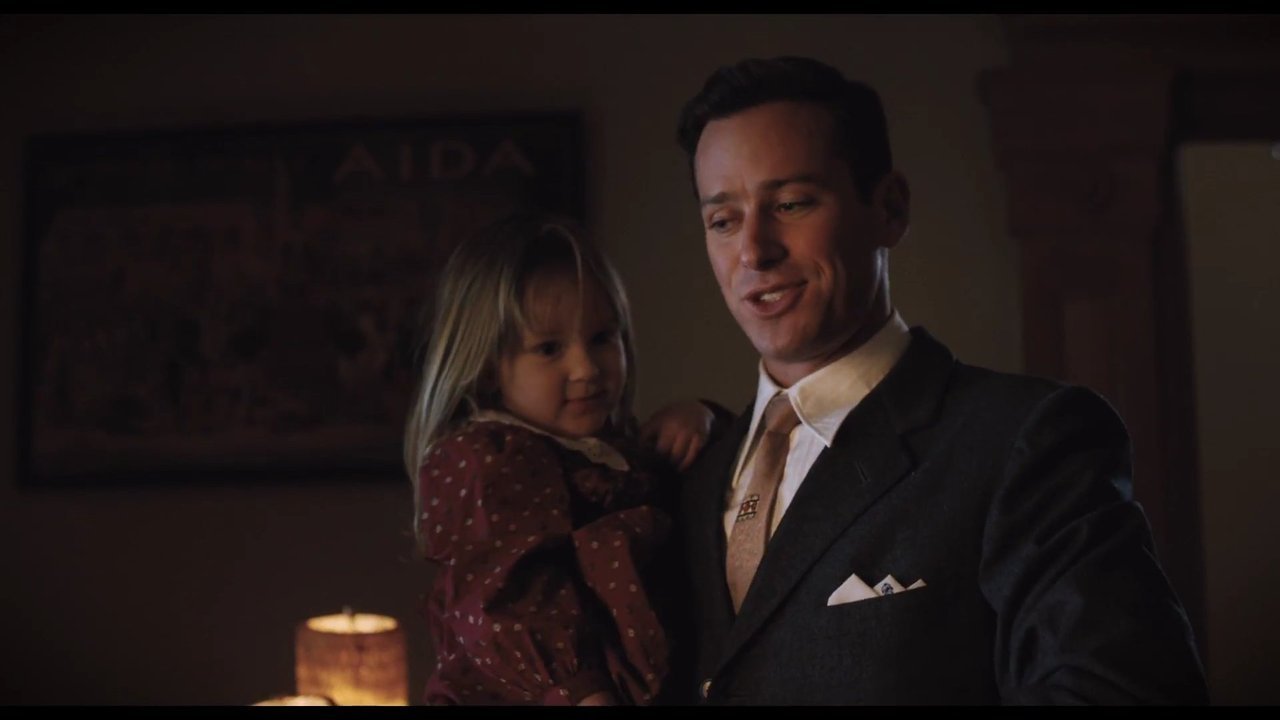 An Intelligent Discussion of the Different Ways to Protest

But at the center of On the Basis of Sex are the different ways that people protest for valuable causes. Namely, within the scope of this film, gender equality. Felicity Jones’ Ginsburg consistently battles with her daughter played by Cailee Spaeny on the correct way to fight the system. While Ginsburg attempted to change the law, her daughter’s generation took to the streets in the form of peaceful protests. These two don’t see eye-to-eye, battling for both of their righteous causes. Notice that I haven’t even touched on Felicity Jones’ performance as Ginsburg so far. One of the more troubling bits of On the Basis of Sex is how unremarkable it is. Though it plays with the idea of it being a movie about a great woman instead of a great man, the structure is the same. It’s a greatest hits album about the central character, moving the audience through the most important moments of Ginsburg’s life. Consequently, Jones as Ginsburg is often the least interesting character in the frame. Felicity Jones is a pure delight in just about every movie she’s in, but I think she’s miscast here. She has a certain temperament that doesn’t connect with the material. The way Jones characterizes Ginsburg makes it seem like any woman with drive could have done what she accomplished. From this movie alone, I fail to gather what makes Ginsburg so special.

Every issue with this film stems from its bland structure. It’s more focused on hitting all the important beats of Ginsburg’s life than getting to the root of what makes her, well, her. With such a standard three-act construction, I could never fall in love with this movie; I could merely appreciate its finer parts.

Here’s an actual exchange between characters in On the Basis of Sex:

That sums up my thoughts quite nicely, doesn’t it?

I was a bit terrified that On the Basis of Sex was going to end up being exactly what its eye-rolling trailer flaunted: an empty, platitude-spouting biopic. Thankfully, it’s a bit more than just that.

But Mimi Leder doesn’t take any chances with story, for better or worse. It’s the kind of Oscar-hopeful film that never even thinks about surprising you; you know every beat of this story before you even walk into the theater. Instead, On the Basis of Sex puts the onus on these talented actors to provide entertainment. (Luckily, they’re all up to the challenge…for the most part.)

Sometimes, it’s pretty great to watch talented actors act to their heart’s delight. At this point, I can’t get enough of Armie Hammer. He instantly makes every movie better with effortless charm, even in a supporting role.

On the Basis of Sex should be better, but its inherent positive attributes make it a passable film.

Thank you for reading! What are you thoughts on On the Basis of Sex? Comment down below!

I don’t think I’ve even checked out the trailer for this film yet.

I guess it snuck by you??

I knew about the film, but somehow never checked out the trailer. Dunno why.