‘Sputnik’ Orbits Your Ethics in this Solid Creature Feature 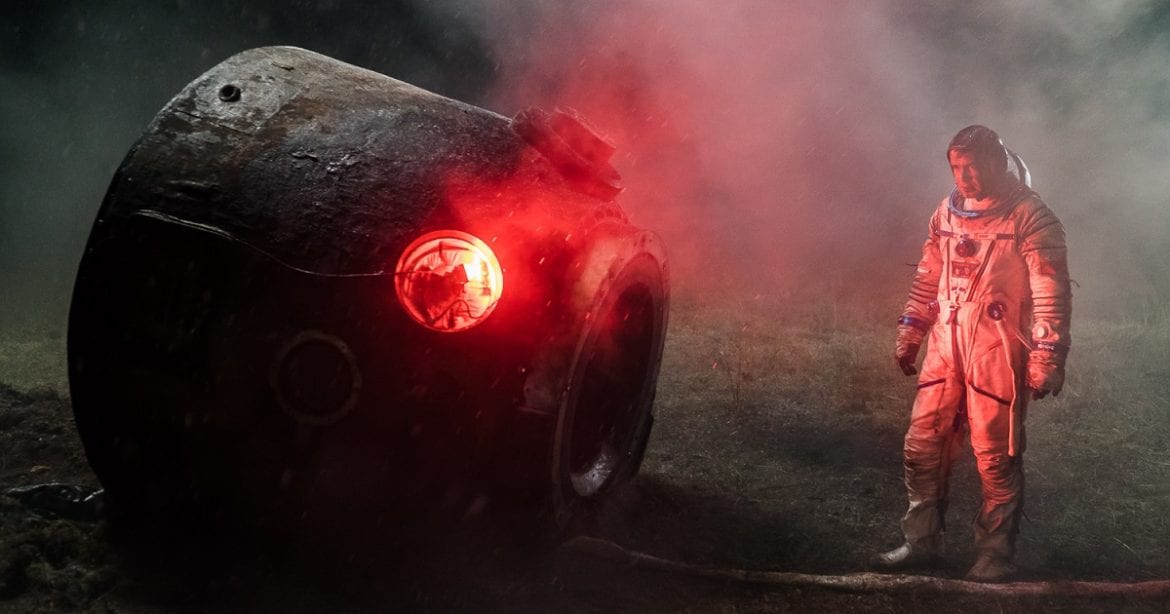 Sputnik is a perfect example of how to take a premise that has been done almost perfectly in the past and show the audience that there is room for more. Once you look past the Alien comparisons and climb aboard for the ride, Sputnik shows why it is a solid entry into the alien infestation genre. Filled with solid effects, acting, and storytelling which all work together to ask which is worse, an alien living inside you or the Russian government?

Russian hero and cosmonaut Konstantin Veshnyakov (Pyotr Fyodorov) is on his way back home from a routine space mission in 1983 when re-entry does not go as planned. Konstantin is retrieved as the lone survivor of the mission and rushed off to quarantine, diagnosed with episodic amnesia and is unable to share with authorities what happened during the final moments of the mission.

Tatyana (Oksana Akinshina), a doctor who will go to extremes to cure her patients, is brought in to get to the bottom of Konstantin’s amnesia. Unfortunately for her, Konstantin’s situation is much direr as it is revealed that not only can he not remember what happened, but he picked up a hitchhiker on the way home in the form of a creature living inside him.

Tatyana must then wrestle with the ethical obligations such a case could present. How best can she help a patient in this unprecedented situation while the military is urging her to separate the two at all costs so they can have a new weapon?

What ensues is a struggle that might quite literally rip Konstantin apart from the inside out.

The elephant in the room is that, yes, on paper this sounds a lot like Alien. Even watching the trailer will give you Alien vibes. Of course, the similarities end there, but Sputnik, from Russian first-time director Egor Abramenko, does more with the concept and adds quite a bit that warrant Sputnik’s existence.

That existence does contain a huge double-edged sword depending on what you are expecting from a horror/sci-fi film. The creature and violence from the said creature are all there, and all that does deliver. Where Sputnik might waver for some is in the ethical journey that is placed on the audience’s shoulders.

Sputnik is more a story about the darkness of man than the creature, where Alien is more remembered for the creature with a sprinkle of corporate involvement. The focus was always on the creature and survival. See, differences, but if those differences matter will come down to each viewer. Some people just want a good old-fashioned monster movie, but Sputnik attempts to be more to varying degrees of success. 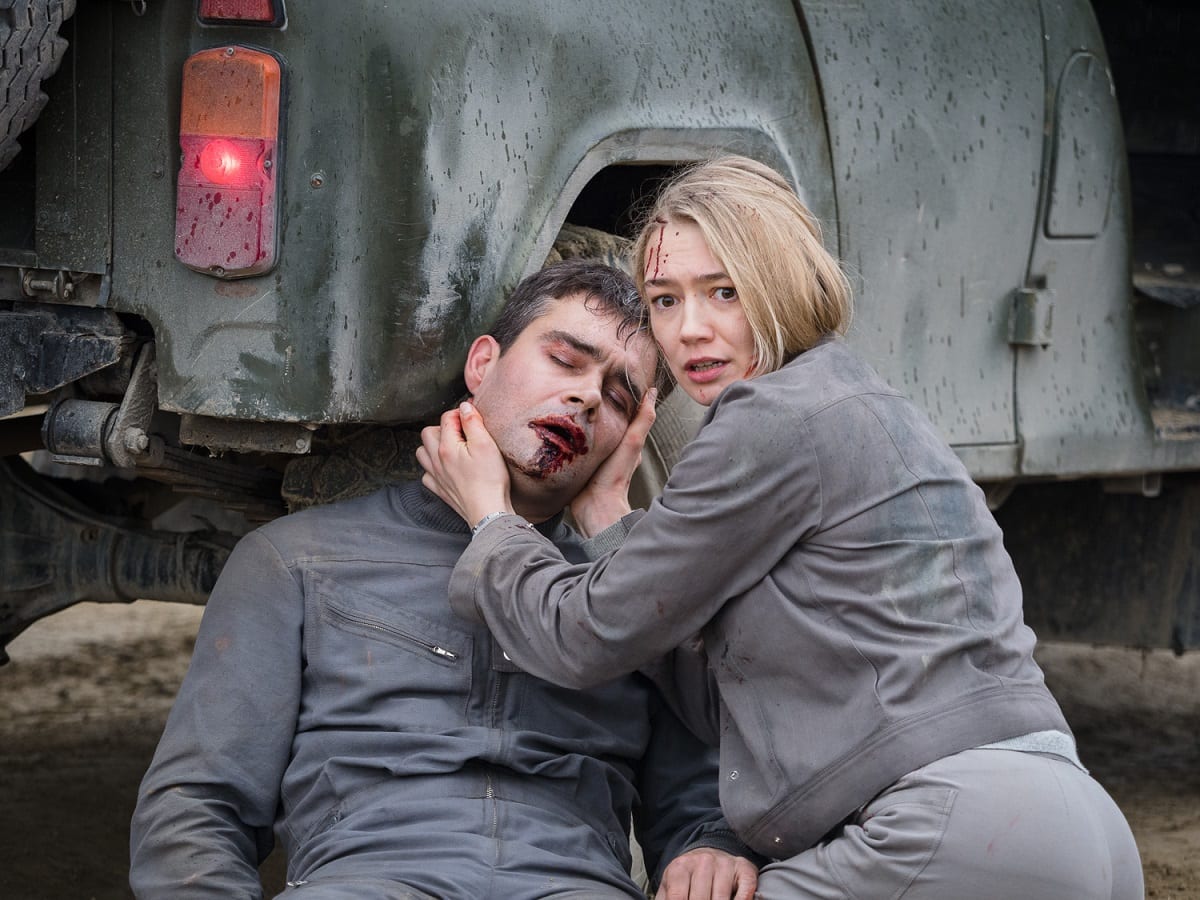 Fortunately, what looked like an alien thriller filled to the brim with blood and gore, turned out to be exactly that. There is a ton of gore and creature violence to put you at the edge of your seat throughout the runtime. Everything was mostly done well and nothing throughout the entire film looked overly CGI or cheesy. Cringing as the creature makes its first appearance, you do savior the moment and wait in anticipation for when the next appearance might be.

Therein lies the problem with Sputnik, such a good job was done with the creature that when it is not on screen you miss it and stop caring about everything else. You just want the creature to come back. That is not the worst problem to have, and many memorable movies live entirely in people’s minds as just one or two big moments.

With Sputnik though, the film shifts from compelling creature feature to everyone suffering from ethical dilemmas. You may find yourself just waiting impatiently for the creature to come back and rip some more people to shreds. Sputnik strives to be more in these moments, and who is to say it isn’t more. One’s expectations are all that can hold Sputnik back. The ethical questions asked are good ones when it comes to the situation, and the fact this film takes place in 1983 adds a different element to the story from the technology that is available to the characters’ standpoint. But did Sputnik need these questions to be asked to be a successful film?

Sometimes it is ok to be ethical and other times where you just have to step back and look at the big picture. There were times during Sputnik where I was siding with the military over Tatyana just because of the craziness of the situation, and I am sure that is not what the filmmakers wanted to happen. There was absolutely some crazy stuff going on within the military that you should not have been happening and needed to get shut down quickly. But you still cannot let an alien escape regardless of the poor ethical treatment to the human that is housing an alien lifeform.

There are two things that should not evoke so much human emotion that movies love to use. One is A.I, why should anyone care if an A.I is shut down regardless of how human they seem, it is still a robot! Two is violent alien lifeforms, as stupid as it sounds, it is understandable to me why someone would think it would be cool to study an alien, but you cannot let those bad boys escape. I mean E.T., Starman, sure they were just trying to hang out or get home, but creatures that are killing folks need to go.

Sputnik falls under number two, and because of that, it was hard to feel the emotional punch that the filmmakers were looking for by the end of the film. It was understood what they were going for, but some could find it hard to emotionally side with Tatyana. I am all for treating both patients and prisoners with respect and both were treated shockingly poor in Sputnik, but when you are dealing with a human-eating alien, ethics take a back seat to the survival of the human race.

Looking back at Sputnik, there is way more to the film than being just another Alien clone. It spends more time in the ethical arena than is needed, but at the same time, that is what lets this film stand out. It is hard to discredit or hold it against the film for trying to be more, and in many ways, Sputnik is more. Because of the questions that the film asks the story will stick with you longer than a typical monster movie, which was surprising, and that allows Sputnik to join the conversation when it comes to some of the better alien movies.

Thank you for reading! What are your thoughts on Sputnik? Comment down below!

[…] U.S. military. Functionally, Mikael Håfström’s latest operates with the idea that if the military continues to adopt technology and remove the human element from war, it will only desensitize us […]

Agreed; a neat twist on a over-cooked genre…