It’s Time for a Reboot of ‘The Mask’

Remember The Mask? Jim Carrey? Several other actors that you see and go, “Hey! It’s that guy from the ’90s!”? Well, The Mask celebrates its 25th anniversary this week, and it’s definitely time for a reboot. Here’s why:

The Mask is one of the most unique superhero comics. Realistically, the series is barely even a superhero franchise. The gist of the original series isn’t too dissimilar from the 90’s film. The only difference being that the Mask (object) makes it wearers more unhinged the longer they wear it, and it doesn’t matter how objectively good or bad they are before. The Mask in the comics could make a Joker out of Mahatma Gandhi if he wore it long enough. Not only this, but the Mask changes hands frequently because its wearers have a tendency to die. In fact, Stanley Ipkiss, the hero of the film, only wears it for a few weeks before being offed and passing the Mask on to someone else.

The wealth of hosts and insanity already in the comics is rife with opportunity for movie adaptations. Yet, we as an audience have only seen one adaptation that genuinely dove into that source material. (You don’t count, Son of the Mask). With Marvel’s Phase 4 on the horizon, superhero movies are about to get really weird. Fortunately, The Mask thrives in weirdness and the current superhero-loving audience couldn’t be more primed for a zany, sadistic reboot. 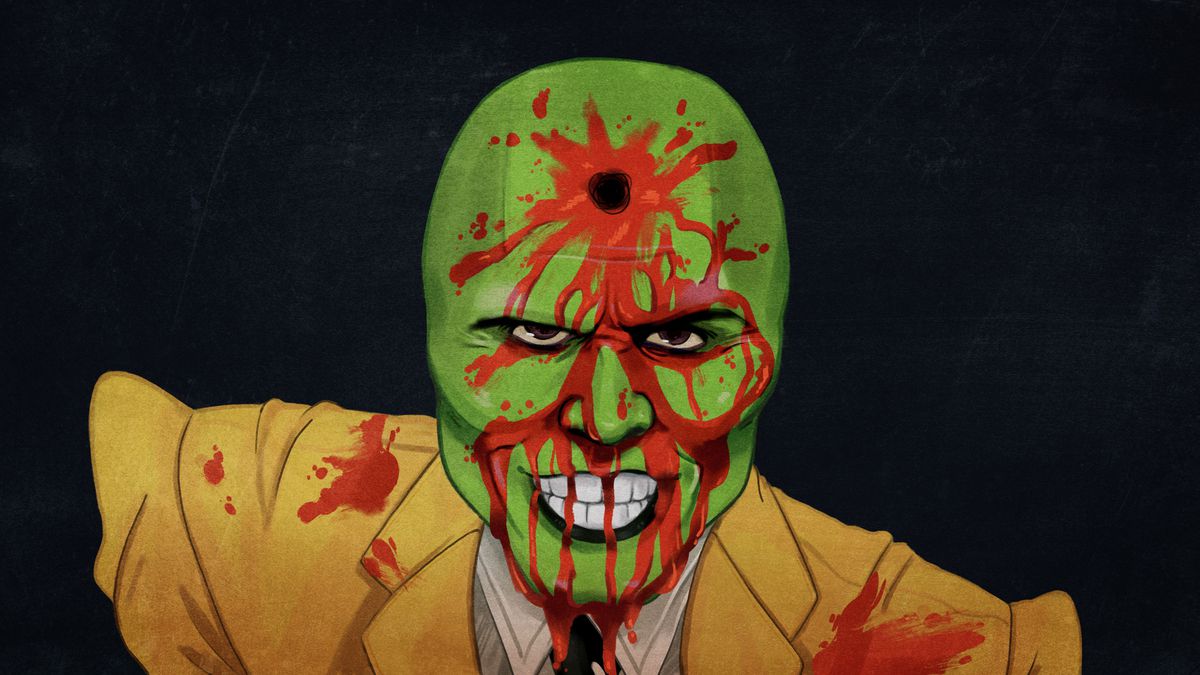 Image via The Ringer

A movie about a protagonist getting godlike powers and instead of using them for personal gain, they go insane and die. That’s edgy and post-modern. That is exactly the kind of superhero we need. Slowly, the genre is starting to break into other subgenres and leave the generic themes of the 2000s behind. Recent movies from both Marvel and DC have begun to cross-genre borders and create something new. The Mask is a perfect example of post-modernism in the superhero genre. With Todd Philip’s Postmodern Joker nearing release, hopefully, we’ll see an uptick in post-modernist superhero movies.

We’re in the Age of Edgy, Quirky Superheroes 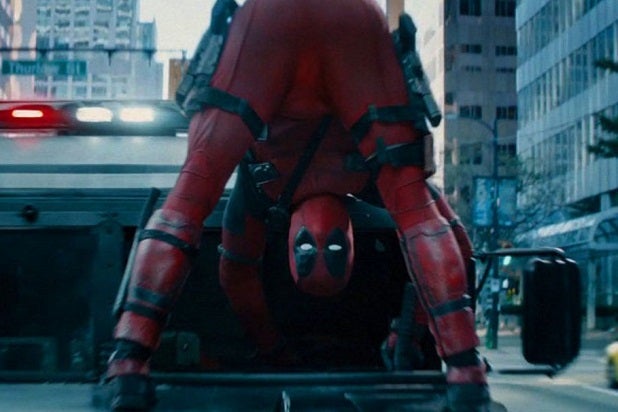 Not only are superhero films branching out to post-modernism, but they’re also getting edgy and quirky. Though DC’s brand of edginess doesn’t seem to have stuck, both Deadpool and Venom prove that audiences want to get a little nasty. Not only that, but recent entries into the MCU have proven that the traditional formula isn’t the only formula. Now, part of this can just be attributed to Marvel’s cultural dominance, but I believe the effect is universal as long as the movie is good.

Modern CGI is Ready for The Mask

Pictured: actual finished effects from the final cut of The Mask Image via IMDb

The biggest issue with 1994’s The Mask is the effects. Right off the heels of Jurassic Park, the imagery works really well for a Jim Carrey-led comedy. However, the effects don’t hold up in the twenty-five years since. This is mostly due to the fact that the Mask is a very effects-demanding character. The Mask can transform into pretty much anything, and he does faster than the computers of the 90s could compensate for. Fortunately, James Cameron, Andy Serkis, and the like have pushed CGI much farther in the time since.

Modern CGI can handle the weight of a zany, imaginative character like the Mask far better than the technology of the original film could. Modern CGI affords a potential The Mask reboot the chance to stand out visually. Not only that, but the Mask as a character affords the ability for insane visuals and transformations that can’t be brought to life by any other comic book character. 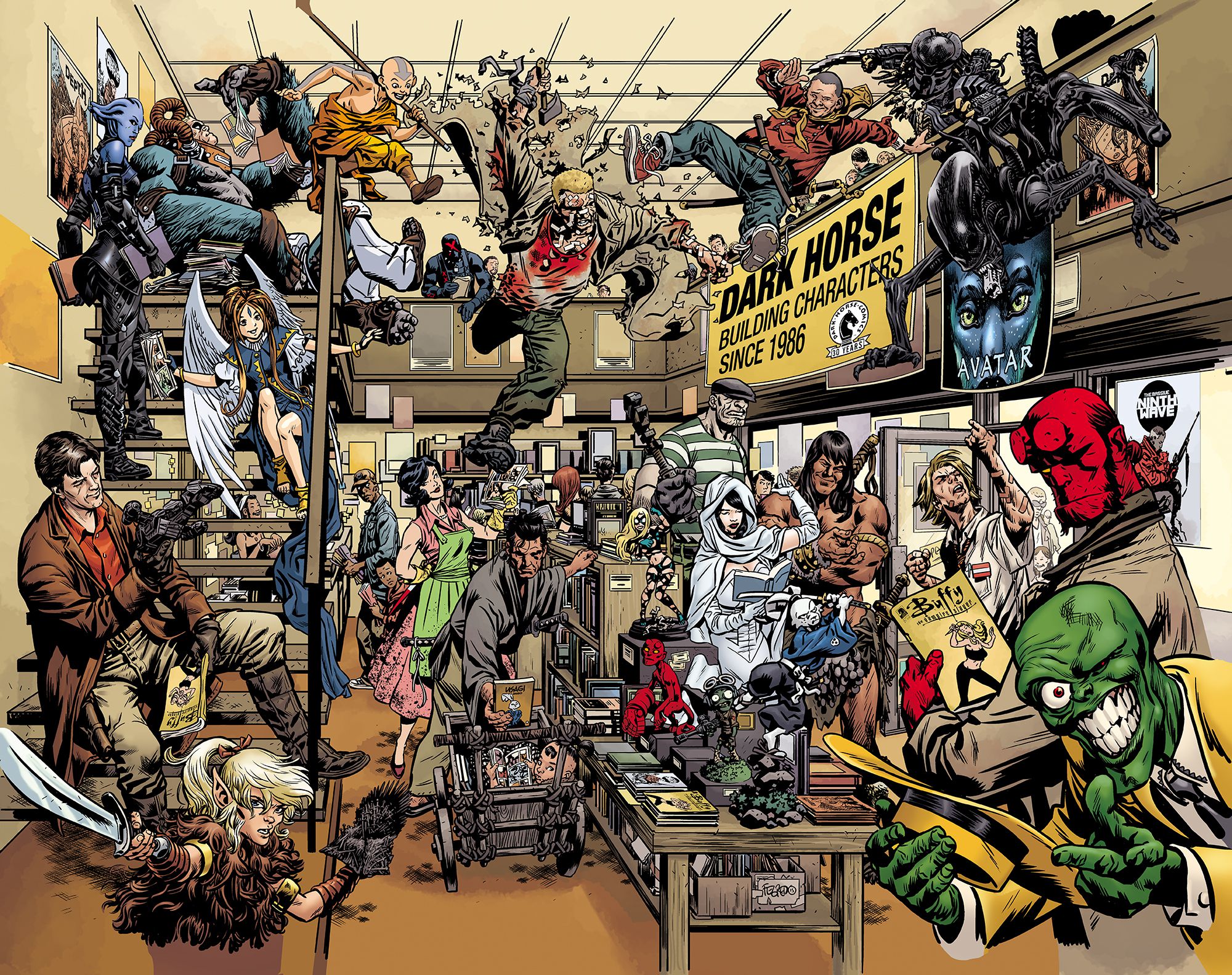 Dark Horse plays second fiddle to Marvel and DC. Despite having some iconic characters and content, it hasn’t really transitioned into film and TV as well as its competition. While Dark Horse has had such hits as The Mask, Hellboy (2004), and 300, it has also had such flops as R.I.P.D., Hellboy (2019), and Son of the Mask. Dark Horse, frankly, needs a win. They have the content, but they need the opportunity to be different, not just some Marvel or DC ripoff. Unfortunately, the studios tend to waffle on how different they’re willing to finance Dark Horse to be. Hopefully, with Marvel’s weirdness starting to pay off more and more, Dark Horse will get an opportunity of its own to branch out.

The Mask is the perfect property to branch off with. It’s well-known, it’s pretty well-loved, and it’s distinct. With the right director behind the wheel, a The Mask reboot can be just what Dark Horse needs to get itself back in the game.

Everything is Getting Rebooted Anyways

At this point, every other minuscule piece of IP has gotten a reboot anyways. If Aquaman and Ant-Man can get a movie of their own, The Mask deserves a second chance too. It’s not even unwarranted either; The Mask made $351.6 million in 1994, and that’s almost $100 million more than Dark Phoenix made in 2019. Come on Hollywood, it’s time for the reboot people would actually clamor to go see.

Come on, you know you want to. Reboot it Hollywood, I dare you.

Thank you for reading! What are your thoughts on The Mask? Comment down below!

While I’ll always be among the populace who’ll adore the 1994 original (which A. I grew up on, B. is one of three films from that year that helped launch Jim Carrey of “In Living Color” into cinematic superstardom & C. introduced the movie-going public to Cameron Diaz), I think that we’ve made a lot of strides since then with our comic book/superhero films. CGI has evolved a lot since then (to the point where we’ve even solidified motion-capture), we’ve broken away from the formulaic film and we’ve also opened ourselves up to the quirky, bizarre and out-there concepts. It would be really interesting to see someone attempt a movie version of The Mask that’s more faithful to its original adult roots. The property deserves a second chance at shining brightly after it crashed & burned in horrific fashion back in ’05.

I would like a The Mask reboot. Me and two-out-three of my siblings were born in the range of 2001-2005 but we enjoy the movie. We think it’s entertaining.

What is Cinema?: Breaking Down Martin Scorsese vs....