Tom Hardy only ever plays one character and it's just recycled in every movie he's in. 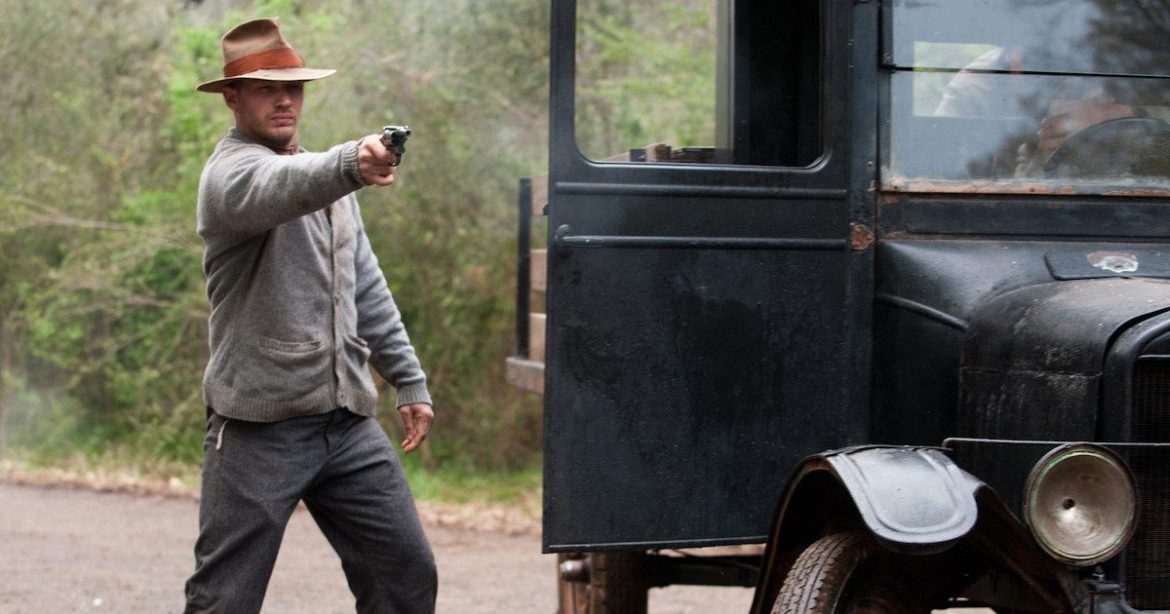 Tom Hardy’s movies appeal to a specific subset of theater audiences. Whether it’s Lawless, Warrior, or Venom, he plays the same type of guy. He’s the strong, silent type that everyone either wants to be or wants to be with. It works for the films he stars in, but it’s easy to compare his performance in one movie to another; they all share a lot of the same characteristics just recycled into a new plot.

In Lawless, his character is aloof, doesn’t talk much, and is willing to use violence if necessary to achieve his goals. Sound familiar? If it does, then you would be witnessing yet another iteration of the character that Tom Hardy has perfected in his years of acting. It’s his signature acting role at this point.

His character in Lawless shares similarities with several other characters he has played before, like Eddie Brock, Tommy Conlon, Bane, Twombly, and Max Rockatansky.

Warrior is one of Tom Hardy’s finest performances, despite it being quite similar to every other performance he’s given. Hardy plays Tommy Conlon, an ex-Marine and boxer looking to win a boxing championship to help support the widow of his old Marine buddy. As you can guess, the film is angsty and filled with brooding masculinity.

Lawless has a toned-down version of Tommy Conlon. Forrest Bondurant, Hardy’s character in Lawless, shares many of the same aloof characteristics that define Tommy Conlon. Bondurant, like Conlon, doesn’t talk much and is adept with his fists; he’s not afraid to use his fists, either. Both characters are quiet yet imposing.

Hardy’s role in Black Hawk Down is easily overlooked as he doesn’t have as much screen time as other actors like Jason Isaacs, Josh Hartnett, or Ewan McGregor. It’s a long enough scene to establish the kind of character Hardy plays. Surprise: it’s very similar to his other characters.

Hardy plays Twombly, a soldier who gets left behind briefly and has to fight his way back through the streets of Mogadishu to his unit. He is left behind with another soldier and it’s clear that Twombly is easily frustrated with said soldier. His lines, while understandable in the heat of combat, ooze impatience and authority. Sound familiar?

Just like Bondurant, Twombly also isn’t afraid to take charge. Both are easily incensed by mistakes. In Lawless, when Jack Bondurant (Shia LaBeouf) sneaks out to sell liquor to the Chicago mob, Forrest is furious. The fact that Jack dangerously usurped his authority scares Forrest — both for his authority and for his brother — and he scolds Jack. It’s similar to how Twombly berates the soldier with him for not listening and shouts orders.

The character of Eddie Brock is a little more lively and fun than most other Tom Hardy characters, but he’s still built from the same prototype. Brock is still pretty quiet and more willing to let violence make his point than words. He learns to embrace Venom’s animal instincts and uses them to his advantage.

Bondurant also has his own animal instincts that he’s learned to trust. When the lawmen come to break up his moonshine business, he isn’t afraid to bust out the brass knuckles or sic his raging drunk brother on them. He doesn’t cringe when he’s faced with violence.

Both characters are well-accustomed to the violence of their roles and that’s what makes them so comfortable in their lives. These are confident characters — though Brock has his moments — that aren’t afraid to violently protect their lives and what they love.

Hardy plays Max Rockatansky in this beloved blockbuster. Like every other Hardy character, he is aloof, tough, and seemingly plagued by the past. A former cop, Max is on the run from a roving gang. He is a drifter, a stereotype well-suited to Hardy’s acting strengths.

Bondurant isn’t a drifter physically in Lawless, but he is one mentally. Rarely speaking and often found sitting on the porch staring into space and thinking, he is a drifter in his own thoughts. This makes him aloof and less approachable to the people around him, something he and Max have in common.

Neither character is concerned for much beyond themselves. Bondurant has some sympathy for his brothers and Maggie Beauford (Jessica Chastain), the woman he’s in love with, but not much beyond that. Max is mostly concerned for himself and surviving in a post-apocalyptic world.

One of Hardy’s most famous roles is as Bane. Bane is ruthless and doesn’t care about anyone other than himself. He embraces violence to achieve his goals, most of which seem to be ultimate chaos. It’s a character that Hardy practically melts into as he has played roles like this previously.

Bane is very much like Bondurant in that he will use extreme violence in support of himself and his vision. Bondurant is not as extreme as Bane, however, choosing only to enact violence when absolutely needed whereas Bane seems to relish in invoking violence at the drop of a hat.

Both characters are part of the Tom Hardy Cinematic Universe. The THCU consists of hardened characters who are well-accustomed to violence. They may or may not have a soft spot under all the gruffness, but all that matters is that maintain the façade of a hardass. Hardy may play the same character a lot, but all that practice has made him amazing at playing that type of role.

Thank you for reading! What are your thoughts on Lawless? Comment down below!