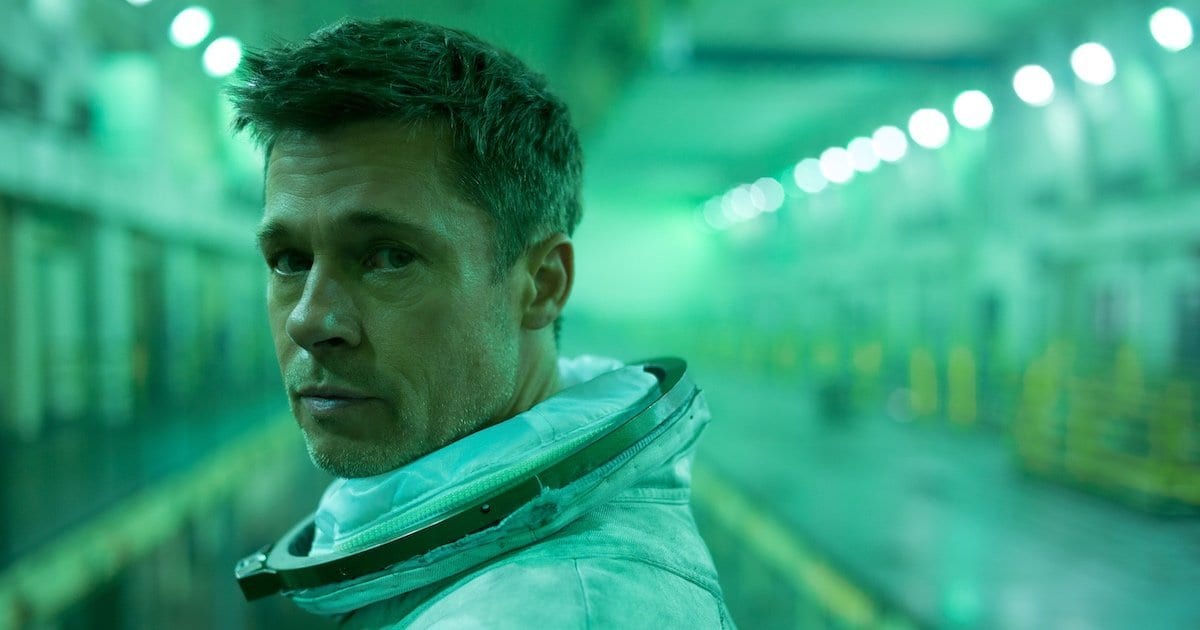 I’ve had my eye on Ad Astra for some time now. Brad Pitt has a way of teaming up with very thoughtful and fairly singular filmmakers that always gets me excited. That’s not to say that he’s batting 1.000 in that respect — does anyone remember Allied? — but his choices are at least interesting on some level.

With a mid-September release after multiple delays in production and with confusion in the air at Fox as they finalize their merger with Disney and achieve ultimate power, however, I feared that Ad Astra may be a casualty of the moviemaking machine.

It’s fate, as I saw it, was to get lost as Hollywood was shuffling its deck, to arrive in theaters as a complete and utter mess with a few glimpses of what could have been.

Then the Venice Film Festival happened, and my colleagues went apeshit over James Gray’s latest work. And by the time I managed to see Ad Astra for myself, I left my screening sharing many of the same praises. For all my worries, James Gray, Brad Pitt, and the rest of the crew managed to quell just about all of them.

In the near future, Roy McBride (Pitt), the son of legendary astronaut Clifford McBride (Jones), is blown off a tower that is large enough to ascend into space after a freak power surge occurs around the world. After tending to his wounds, Roy is brought in by his superiors to get debriefed on what may have happened.

NASA has discovered that the surge originated from a blast of anti-matter near Neptune, which just so happens to coincide with the last known position of the Lima Project, a top-secret mission led by Cliff to search for extraterrestrial life that disappeared many years ago.

It turns out that Cliff and his crew were experimenting with an anti-matter device, one so powerful that it could threaten all of known existence if left unchecked. Shocked to hear that his father may be alive, Roy must quickly gather himself and head out into space to save the planet…and also confront his inner demons.

As you may know from your knowledge of Latin or a quick google after you were confused by the movie’s title, Ad Astra means “to the stars”, a fitting albeit fairly on-the-nose title for the proceedings. Unlike many of its space movie siblings, however, Ad Astra is enveloped in James Gray’s layer of stark contemplation, an aesthetic that is in many of his films.

Quite frankly, the movie is a bummer, but in the best ways. I commend major corporations like Fox and Disney for even releasing such an expensive, arty character study — though I’m sure James Gray had to make plenty of concessions throughout the production.

It goes without saying that Ad Astra is a gorgeous motion picture. It takes from some of the better science fiction tales and twists those templates ever so slightly to create its own look, one where all colors have a depressive, cold tinge without ever being completely washed out. I don’t think I’ve ever seen blue used as it is in the film’s final scenes.

In combination with that is some very interesting bits of worldbuilding. In the world of the film, society has gotten to the point where we’ve commoditized space, so you can fly to the moon on Virgin Airlines, for instance. (I still can’t tell if it was a good or bad idea for Virgin to attach their name to the film since everything looks so drab and lifeless.) The final frontier has been effectively sucked dry of all its wonder and glory. There’s nothing special about it anymore.

Sad Astra, Dad Astra, Mad Astra. Twitter’s had a ball with this movie in recent days. Understandably so, there’s a lot of sad Brad Pitt in this movie as he quietly stares off into the empty void. Both space and his soul, that is. On the surface, a few witty members of Film Twitter can take a few of those Pitt reaction shots and go on a bit of a meme frenzy.

Within the context of the film, however, Sad Pitt is breathtaking. Between Cliff Booth and Roy McBride, 2019 is Brad Pitt’s year. One scene in particular with Pitt talking into a microphone is among the finest work of his career.

Roy McBride is consistently haunted by the loss of a father figure. In that sense, Ad Astra is a very thoughtful look into how a nonexistent parent affects their children. Roy is leveraging every ounce of his being to follow in his dad’s footsteps, to finally gain his respect and make him proud. It consumes him to where he neglects just about every piece of his life that isn’t part of his next mission. Even worse, Roy realizes that he’s turning into the very person that betrayed him.

Roy struggles with this conflict as he takes a Heart of Darkness-esque trip into the deep recesses of space, encountering more horrors and crises as he gets closer to his destination. In this journey, James Gray connects the family drama to Ad Astra‘s central theme: as Donald Sutherland’s character explains to Roy, “exploration isn’t always a noble venture.” Healing isn’t always the end result. The answers one seeks may never come to fruition. I found it incredibly captivating to watch Pitt channel his inner Captain Willard and experience his own horrors. It’s one of my favorite performances of his from the last decade.

A common device that Ad Astra uses is an automated psychological evaluation, in which Roy McBride has to walk through how he felt during moments of his mission in great emotional detail. It’s a smart way to organically explain how the character is feeling without feeling too hoaky. Until the movie stops using it, that is.

Ad Astra effectively doubles counts its metaphors by also including extensive narration by Roy McBride. It’s as if the film didn’t trust me to take in the stark images and subdued dialogue. Pitt even exclaims things similar to “I hate my father, but I feel myself turning into him.” Oh, look, a metaphor! Thank you, movie, for blatantly literalizing subtext that I was already picking up on. Much appreciated!

Ad Astra had an out to talk freely about Roy’s inner turmoil and it didn’t use it effectively. (I’m also of the belief that if your movie isn’t titled The Shawshank Redemption, Goodfellas, or Apocalypse Now then the use of narration is generally a bad idea.) Just give those lines to Pitt, he’s already giving an out-of-this-world performance! (Pun intended.)

A slower movie that reflectively handles heavy subject matter isn’t exactly everyone’s bag. I can appreciate that sentiment to a degree, but Ad Astra is overflowing with poignancy. It does what many of the best space epics accomplish by taking the vastness of space and inverting it to tell a personal, human story.

A few things keep Ad Astra from joining the ranks of those same space epics, however. Especially in its frustrating need to underline, circle, capitalize, and bold its ideas. I wish Ad Astra was even more reserved, in the vein of something like High Life. Though I imagine Fox and Disney wouldn’t have liked that — they already released an $80 million arthouse film as is currently constructed, which is why I will continue to return to Ad Astra to soak it all in again and again, even if it is imperfect.

Thank you for reading! What are your thoughts on Ad Astra? Comment down below!

[…] with where to begin. Just about every maddening journey film — from Apocalypse Now to Ad Astra — owes it all to Werner Herzog and Klaus Kinski’s toxic but brilliant working […]

Really enjoyed this film. Outer space travel is the backdrop for inner space contemplation, which may bother sic-fi genre enthusiasts.

I agree! It’s definitely more of a relaxed, quiet movie. Some people might it reject it for that very reason! (I really hope they don’t though!!!)