For Horror Fans, ‘3 from Hell’ is The Biggest Disappointment of the Year 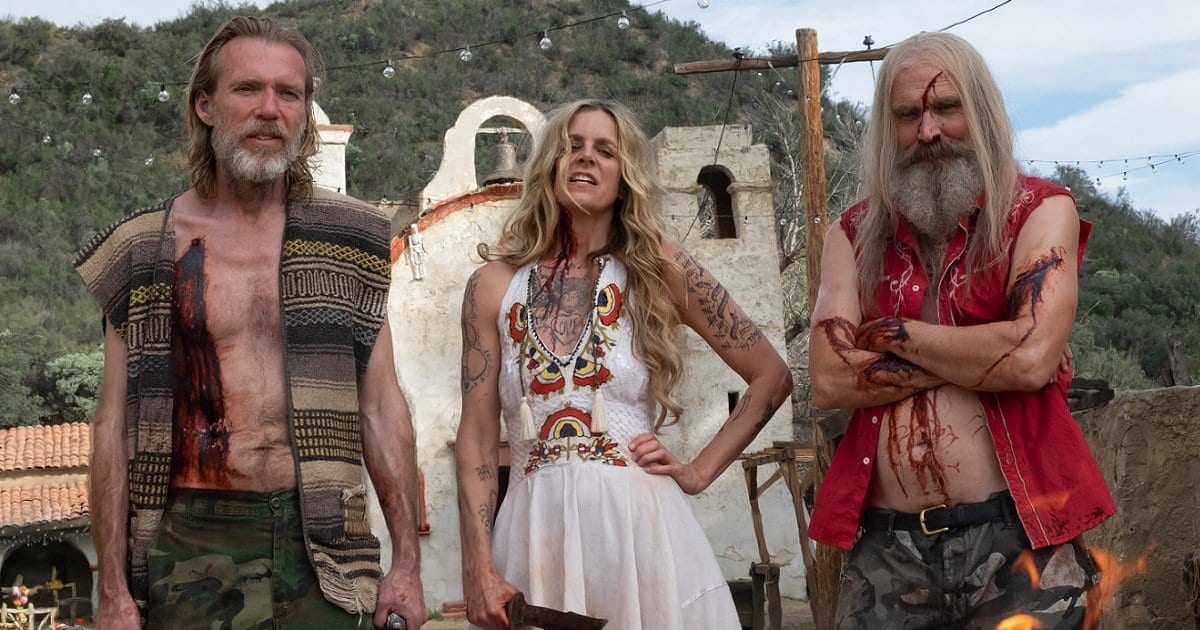 Rob Zombie’s filmography has always been an acquired taste, even among horror fanatics. Rob Zombie’s cinematic hallmarks include the seventies’ grindhouse aesthetics; profanity-laden rednecks with an excessive amount of nudity and gore; and the inevitable appearance of his wife, Sheri Moon Zombie, whose acting skills many find questionable (even though I’ve never had a problem with her).

Whether you like his films or not, there’s a definite feeling of respect and admiration for the filmmakers that inspired him. It’s one of the main reasons why I always felt the need to defend him. I’m one of the few defenders of his Halloween films, which many consider to be the abominations of the franchise. (I mean, come on! Does anyone remember the one with the kung-fu kicking Busta Rhymes?) A director with a vision, even if its a particularly flawed one, is still preferable than the cinematic outing of a corporate hack.

My good faith in him largely stems from what will undoubtedly be his masterpiece when he’s finished making films, The Devil’s Rejects. Even though House of 1000 Corpses has gained respectable cult admiration, it’s not the perfect blend of sleaze, profanity, rawness, gore, hilarity, madness and seventies aesthetics that is The Devil’s Rejects. TDR is intense, uncomfortable, insane, hilarious and shocking to boot. Everything just works in that movie. I suspect that many of his loyal fans and defenders cite this film as evidence of Zombie’s cinematic talents. It’s the one that prompts us to give him another chance, regardless of the bad reviews and the occasional disappointments.

When I heard that he was making a sequel to The Devil Rejects, I was of two minds. I know I wasn’t the only one. If you have seen the ending to The Devil’s Rejects, you’ll know why. There seemed to be no point, the Firefly saga (which started with House of 1000 Corpses) ended perfectly. A cynical side of me suspected that he was simply cashing in on the critical and commercial success of The Devil’s Rejects. Since it had such a loyal following, a sequel could certainly entice enough people to give it a go.

Yet another part of me looked forward to seeing the three living Firefly’s raising hell again. I mean who in their right wouldn’t want to see Captain Spaulding again? While the ending of TDR made a sequel both unnecessary and nonsensical, I could see it working if it upped the pulp insanity. Perhaps give it a supernatural bent — perhaps via the devilish mechanizations of Dr. Satan?

Unfortunately, when rumors started to float around about a limited role of Captain Spaulding, due to Sid Haig’s health issues, my optimism started to waver. Both the trailer and promotional pictures showed little of Sid Haig. Close to its release, Zombie confirmed that he did extensive rewrites after being confronted with Haig’s grave health concerns.

And as many genre fans are certainly aware of, we lost the great Sid Haig on September the 21st. It genuinely made me sad. 3 from Hell was the last work he filmed before his untimely demise. Despite his illness at the time, Haig filmed his cameo regardless, loving the character and the late fame he received from it.

Unfortunately, despite Zombie’s good intentions and the few good moments, 3 from Hell is generally what I feared it would be.

The three remaining members of the murderous Firefly family have apparently survived the hail of gunfire from The Devil’s Rejects. During their trial a media-frenzy ensues in which all three become celebrities, even being considered “innocent” or “misunderstood” among some of their fans. Some even consider them as symbols against the system.

Despite their great loss, Otis has lost none of his vengeful spirit, though Baby does become increasingly unhinged (even more so than she was before). As the years pass, another Firefly family member, half-brother Winslow (Richard Brake) aka Midnight Wolfman, comes to their aid, sneaking Otis out of jail and even allows him to take revenge to Rondo (Danny Trejo) who Otis encountered in the previous film.

The fearsome duo gathers their sadistic wits to bust Baby out of jail. Baby meanwhile has to deal with a vicious and corrupt guard, Greta (Dee Wallace) and a narcissistic warden, Virgil Harper (Jeff Daniel Phillips).

As you can expect, anyone who gets in the way of the Firefly’s mission will be dealt with in gruesome fashion — which for the Firefly’s is just a fun way to pass the time.

The Loss of Sid Haig

It’s hard not to miss Sid Haig’s presence in the film. While Richard Brake is great in the part, he doesn’t have the idiosyncratic charm of the great Sid Haig. The character of Winslow also appears out of nowhere, with little to no backstory regarding his absence in the previous two films. His chemistry with Moseley works fortunately but the characters are given little witty banter to work with — or perhaps the banter would have worked better coming from Haig’s mouth.

Brake would have been a great addition to the Firefly’s, but the chemistry between the original Devil Rejects is still sorely missed. Considering the background, it’s understandable why Zombie did it. Perhaps more time needed to be spent on the rewrites which Zombie probably didn’t have.

If you’re hoping for some gory mayhem, there’s plenty in 3 from Hell. Due to the low budget, a lot of the blood has been handled in CGI which looks as bad as you’d expect — but it’s something I can at least partially forgive.

Unfortunately, the humor in the film is severely lacking. There were plenty of memorable, sometimes hilarious scenes in The Devil’s Rejects, and there’s barely anything here. There are little bright spots, such as an amusing Clint Howard cameo as hapless clown Mr. Baggy Britches, but they are few and far between.

Another thing 3 from Hell misses is a great antagonist. In the TDR the Firefly’s were up against the Sheriff Wydell (played with imposing menace by William Forsythe), an unstable religious zealot who wished to punish the Firefly’s for their evil deeds. While the character became a villain by the end, you almost wanted to root for him. It gave the underrated Forsythe a lot of scenery to chew.

There’s no antagonist in 3 from Hell that’s as memorable as Sheriff Wydell. The only two that can be considered “antagonists” in this film is the bumbling warden Virgil, whose ineptitude is mostly used for comedic effect — Tommy Lee Jones did a much better version of this in Natural Born Killers — and Emilio Rivera as Aquarius.

Aquarius comes close to being interesting, mostly because Rivera’s voice and presence is always a joy to watch. Unfortunately, he appears far too late in the story and has too little screen time to make an impression. It would also be nice if Zombie devised a more interesting motivation for the character.

Which is partly a problem too. Beside Wydell and the Firefly’s, there aren’t many interesting side characters in the film. Richard Edson is quite humorous as a sleazy hotel manager. Dee Wallace, the ultimate 80’s mom, is quite good at playing an against type. Pancho Moler as the friendly Hotel tenant, Sebastian, is probably the most likable character in the film. But apart from that, the film has little to offer.

Also, don’t be fooled with Danny Trejo’s credited appearance in the film. He barely gets one line of dialogue.

If you’re a fan of the previous two films or Rob Zombie’s filmmaking in general, you will certainly get some enjoyment out of 3 from Hell. But even hardcore fans must admit that how much this pales in comparison to its predecessor. In truth, it offers little validation for its existence.

The perfect ending to The Devil’s Rejects is squandered for a meandering sequel, that fulfills some of your basic needs, but that’s about it. It’s not as fun or crazy as it should be. There’s some joy to be had in seeing some of these sick bastards back. But as exemplified by Sid Haig’s appearance as Captain Spaulding, it’s tragically brief.

It’s probably my biggest disappointment of the year, even though its failure is partly credited by real-life tragedy. Perhaps it’s unfair to constantly compare it to TDR but even as a stand-alone film, 3 from Hell does not have much going for it — other than being an enjoyable low-budget B-movie grindhouse ode. It certainly wouldn’t have created the following Zombie received after TDR on its own.

It simply needed more Captain Spaulding but unfortunately, it wasn’t meant to be…

Thanks for reading, and listening! What are your thoughts on 3 From Hell? Comment down below!