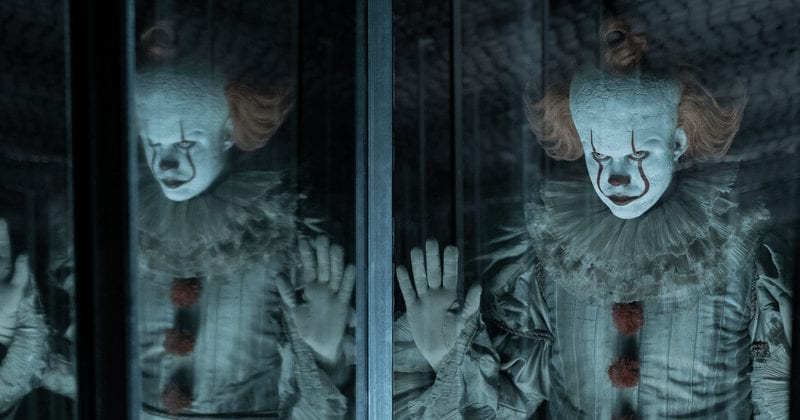 2017’s It remains one of the most surprising smash hits of the decade. People went nuts over it, and it started another round of Stephen King adaptations in Hollywood. Two years later, we’re back in Derry, and the kids are all grown up. Unfortunately, the movie as a whole has a bad case of sequelitis.

Members of the MovieBabble staff break down some of the more noteworthy parts of the film in our It Chapter Two Exit Survey. SPOILERS to follow.

Pennywise: very scary, scary, or not scary at all?

Collin Willis: Not Scary at All. Pennywise used every trick up his sleeve in It (2017), and it shows. The scariness and intensity he had in the first film are completely gone as he becomes more of an instrument to drive the other characters forward, rather than his own unique character.

Sebastian Sanzberro: Scary enough. Bill Skarsgård did a great job, but I think part of the problem was we saw him so often that he inevitably loses some of his initial fright factor. I think it might’ve worked better if the powers-that-be didn’t use the clown visage quite so often. He could’ve assumed other forms to better effect, as he did in the novel. And call me old-fashioned, but I still think Tim Curry was just…better. He relied less on visual effects and more on presence.

Chris van Dijk: Not scary at all. He talked too much. He was more comical in this entry.

Alessandro Louly: Pennywise was not as scary this time around, just creepy. The only time he was actually scary was during that baseball game scene.

Nick Kush: Not scary at all. I actually think this is the biggest missed opportunity of the two movies. I never found Pennywise frightening in either movie. He’s sadistically silly, which I really appreciate, but he falls in line with the typical horror monster that we’ve seen in Warner Bros./New Line horror movies over the last few years: his presence is accompanied by an obnoxiously loud bang/jump scare, he messes with a character for a few seconds, then he disappears because…reasons. I wish James Wan had directed these two movies. He’s one of the few working directors that can parlay jump scares into an extended, scary sequence.

Other than Bill Hader — most will probably agree that he was the best — which member of the adult cast was your favorite?

Collin Willis: Jessica Chastain. She’s a phenomenal actress in general and her character was one of the few that was worth paying attention to and engaging with.

Sebastian Sanzberro: Bill Hader certainly was my favorite, but I also thought James McAvoy was a solid lead as Bill Denbrough. My runner-up would be Isaiah Mustafah as Mike; he bore a close resemblance to his child actor counterpart and he felt like the true gravitational center of the group.

Chris van Dijk: James Ransone as Eddie was my favorite besides Hader.

Alessandro Louly: I thought James McAvoy did a great job as Billy. He handled those inner emotions and regret really well, especially when he failed to save the skateboarding kid.

Nick Kush: Is it weird to say none of the above? I think all these actors are generally terrific, but I didn’t necessarily connect with any of their characters. Mike is an exposition machine; Bill is dealing with recycled survivor’s guilt from the last movie; Bev is the most under the spell of movie amnesia; Stanley is a poorly executed, manipulative plot device; and Ben is hunky. I guess I might go with Eddie if I had to choose a character, but even then his moments of trauma or comedy are fairly shoddy.

Which horror sequence did you like the most (if any)?

Sebastian Sanzberro: I would have to say the little-girl-in-the-bleachers sequence; it was truly terrifying, but without being overly explicit or belaboring the point. Simple terror works best for me.

Chris van Dijk: Um, most of the “scary” scenes involved predictable jump scares. The creepiest bit was the sequence with Beverly and the old lady — until the old lady turned into a giant CGI monster.

Alessandro Louly: The baseball scene where the girl was killed was so unsettling for me. I needed a breather after that. It felt like a classic horror movie moment.

Nick Kush: The funhouse mirror sequence is the one time where I felt a strong, overhanging sense of dread from Pennywise. You can feel his presence as he toys with Bill and the young kid, leading up to his delightfully deranged head-smashing tactic to break the mirror between the kid and him.

Here’s your chance to gripe about anything, no matter how big or small, in the film.

Collin Willis: Everything. Everything is my gripe. This movie really works in the Chinese restaurant and the House of Mirrors. Other than that, it’s a clunky mess where you watch every character go through the same trials before banding together to defeat Pennywise in a battle that feels more Avengers: Endgame than it does Halloween.

Sebastian Sanzberro: It Chapter Two covered many (too many) of the same beats of the 1990 miniseries without adding a lot, either (the book is an endless source of material that hasn’t been properly mined yet). I think It would be far better served as a Netflix 6-part miniseries than as a pair of feature films.  It is a deep, rich story that I’d prefer to binge-watch at home rather than see unfold over two abbreviated, yet overlong movies.

Another issue was with studio scary movies in general; they tend to substitute action for honest horror. During the ridiculously convoluted escape from Pennywise’s “Catacombs of Doom”, I half-expected to see Indiana Jones standing across a chasm, waiting to throw them the whip…

Chris van Dijk: My biggest issue was its repetitive nature — they encounter Pennywise and something ‘spooky’ happens — and knowing that none of the characters aren’t in any real danger (and when there is finally a demise, it’s annoyingly predictable).

Alessandro Louly: Those flashbacks annoyed me so much. It took me right out of the film, especially with that weird de-aging CGI on the child actors.

Nick Kush: My gosh, the screenwriting here is really, really bad! Gary Dauberman is a talented guy who knows how to work within the studio system, but this feels like a first draft before someone could say “hey, Gary, umm…maybe it would be a better idea not to break everyone up for an hour after they just got back together following an excruciatingly long getting-the-gang-back-together sequence?” (Or at least that’s how that conversation would go in my head.) There’s so much unnecessary padding in It Chapter Two that leaves all the personal drama feeling painfully standard.

After the conclusion, how do you look at this iteration of the It story in total?

Collin Willis: The first film is noteworthy, the second, not so much. This iteration ups the special effects but doesn’t divert enough from the 90’s version to warrant its existence.

Sebastian Sanzberro: Serviceable, but not yet definitive.  If I live long enough, I hope to see It adapted properly as a Netflix miniseries, with time and space for all the various subplots to breathe with more fidelity and less reliance on action and gimmicky jump scares.

Chris van Dijk: I look at it as a decent adaptation of the novel. As a horror movie, it doesn’t really succeed but it’s got enough heart and soul to make me look at it fondly.

Alessandro Louly: I like this iteration of the It story. It had great special effects and acting. But like the miniseries, the first part was much better than the conclusion. There have been rumors of a third movie…I hope they don’t do it, as much as I love Bill Skarsgård as Pennywise.

Nick Kush: I’ll remember the kids on bikes because let’s be honest, kids on bikes are always a strong move for any movie. But I think it’s both the best and worst of what Stephen King adaptations can bring to the table: soaring emotions and well-drawn characters, but also extremely convoluted ideas that are difficult to distill down into something coherent.

Collin Willis: C. It Chapter Two deserves to sit in the “Not Scary at All” closet for the next 27 years.

Sebastian Sanzberro: I’d say somewhere between a C+ and a B-.

Alessandro Louly: B-. I’m glad Bill Hader’s phenomenal acting is finally getting the spotlight it deserves. But those unnecessary flashbacks made this film much longer than it needed to be. I think the film delivered a satisfying ending, but it definitely could have been better.

Nick Kush: D+. Honestly, and I hate to be a bummer, I was waiting for over an hour for this movie to end.

Thank you for reading! What are your thoughts on the It Chapter Two Exit Survey? Comment down below!

The Best Scenes in Each Film in the...

‘The Shawshank Redemption’ is Nothing Short of Lightning...