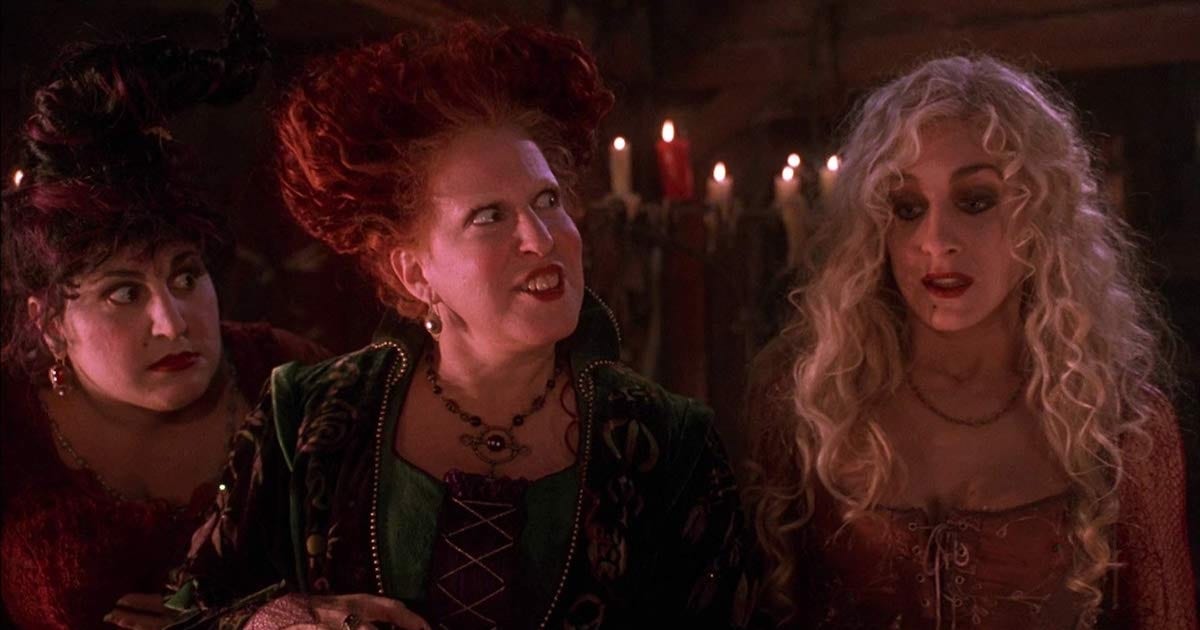 I love going to the movies. But there is one genre that I will not touch with a ten-foot pole. I will not see horror movies, especially around Halloween. I have an active imagination that is sometimes too active. The thought of blood, frights, and gore does not appeal to me, especially when I am trying to get a good night’s sleep.

However, there is one Halloween movie that I will never pass up: Hocus Pocus. It has just enough Halloween in it to create a fright, but not enough to keep me from going to bed. Granted, the first time I saw the movie is when it was released in theaters (I was almost a teenager back then, which accounts for my decades-old love of this film). One could argue that I have a nostalgic perspective on this film, but as an adult, my opinion has not changed.

It Starts Off Innocently Enough (As They All Do)

Hocus Pocus starts off with an innocent and predictable narrative. Set in the early ’90s in Salem, teenaged Max (Omri Katz) and his kid sister Dani (Thora Burch) are the new kids in town. Max is hating the East coast and wishing that he was still in California. Dani is very interested in the myth of the Sanderson sisters, but Max scoffs at the idea. It’s just a local myth, a story to tell the kids and an excuse to dress up on Halloween.

But things change when he develops a crush on Allison (Vinessa Shaw). Allison’s family is prominent within the Salem community and she has grown up with the story of the Sanderson sisters.  It is that crush that stupidly gives Max the courage to enter what was the home of Sanderson sisters and become the virgin who will light the black flame candle.

The Right Combination of Fright and Laughter

I’m not an expert on Halloween movies, but I’ve seen enough to know that there has to be something to break the tension, if only momentarily. In a horror/Halloween film, comedy, when done well, can break the tension and allow the audience to breathe before they once more jump out of their seats. In Hocus Pocus, much the comedy comes from the Sanderson sisters dealing with the fact that they are in 1993 and not 1693. Their reaction to the modern world is priceless and hysterical. Though, to their credit, the sisters quickly figure out how to use the modern world to their advantage. Which of course, creates more trouble for Dani, Allison, Max and the boy turned cat, Thackery (played by Sean Murray in human form and voiced in cat form by Jason Marsden).

The comedy also comes from Max trying to impress Allison at the beginning of the film and failing miserably. Like many teenagers, Max’s attempts to charm Allison can be described as an A for effort.  Granted, this film is also a Disney film aimed at the younger audience and their parents. It’s meant to be light and humorous. It’s not supposed to be a PG version of Friday the 13th or The Blair Witch Project.

If I were to give an MVP of comedy to any particular performer for Hocus Pocus, it would the Divine Miss M. Bette Midler as Winifred. She is the reason why this film works. She is smart, funny, sarcastic, evil and perfectly cast as an antagonist who keeps the audience and our heroes on their toes. As a viewer, I want an antagonist who is not just a cookie-cutter villain, especially in a Halloween themed horror film. It would have been easy to create a cookie-cutter witch who kills children just to stay young. But Winifred has a fragile ego and the need to stay young is the driving force for her actions. I love an antagonist who has a weakness that is on full display to the audience and becomes the way that they are defeated by the protagonist(s).

The Bullies Get What is Coming to Them

In the real world, those who do us wrong don’t always get kicked in the proverbial behind by karma. But in a fictional world, we can devise our revenge on bullies and those who have wronged us. The last thing that Max wants or needs is to be in the crosshairs of the town bullies. But Ernie (Larry Bagby) and Jay (Tobias Jelinek) have decided to have a little fun with him. The sweet revenge comes from their capture and torture by the Sanderson sisters. Seeing these two bullies held in tiny cages and begging for help from Max is priceless and the balm on the wound that comes with being bullied.

The Adult and The Child’s Perspective

Watching a movie from your childhood is like watching it with adult eyes, but still maintaining the child’s perspective. Hocus Pocus has a 33% approval by critics and a 71% approval by audiences on Rotten Tomatoes. Is this film over the top, saccharine at moments and perhaps a bit hokey? Yes, but that is why I love it. The adult and the writer in me can easily see the film’s flaws. But the pre-teen that I was in 1993 loved Hocus Pocus and the adult I am today always will.

Thank you for reading! What are your thoughts on Hocus Pocus? Comment down below!

[…] with lead character Chris getting more than he bargained for after finding an invitation to a Halloween party, only to become the object of desire for a group of anarchist artists looking to murder […]

No. No no no no no. Hocus Pocus is the new Goonies. A bloody awful film that adults think they like because it was played a lot when they were kids.

I didn’t grow up with it and just found the film laughably bad. I dunno, it’s not for me.

I saw Hocus Pocus for the first time a few years ago at Halloween. Totally enjoyed it :)

‘Habitual’, Indie Horror By the Numbers