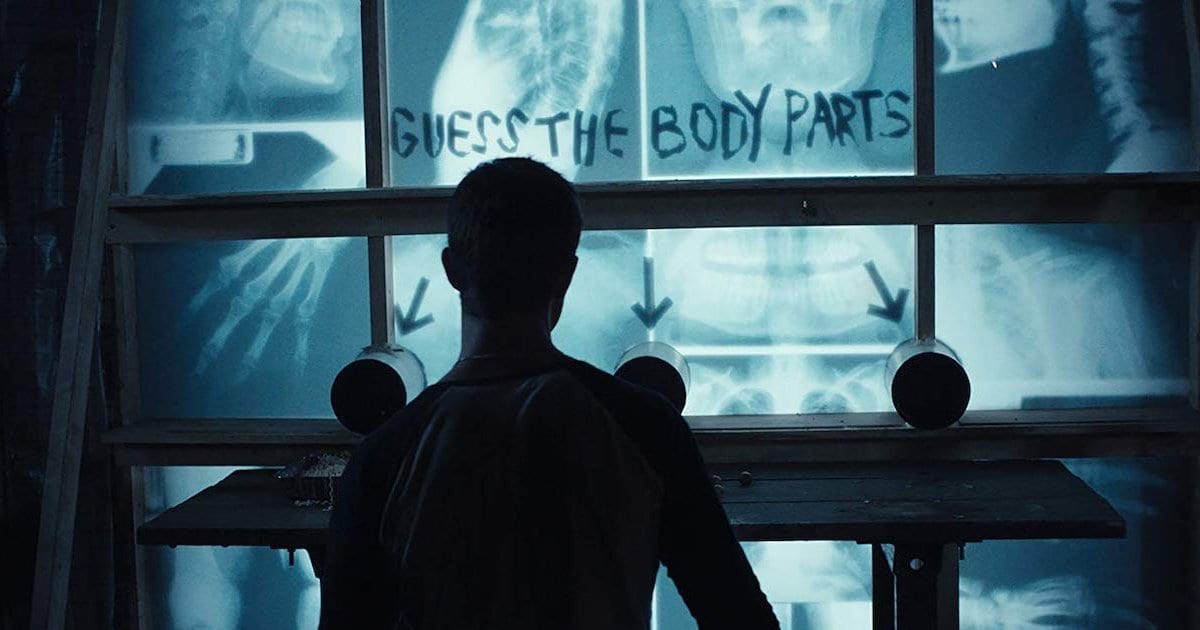 I’m a huge Stephen King fan so I was quite satisfied with It Chapter Two, despite its numerous flaws. (With all respect to the film magazine, Empire, its five-star rating of the film is quite ridiculous). It Chapter Two made me laugh and, by the end, even managed to move me. One thing it didn’t do, however, was scare me. Chapter One didn’t scare me either, especially with its abundance of CGI and silly, predictable jump scares, but its sequel even less so, especially since the CGI and jump scares were upped considerably.

To be fair, I rarely get scared by horror films I see in the cinema. The last two horror films I saw on the big screen and which were genuinely unsettling to me were Hereditary and Midsommar — Ari Aster you’re one sick, twisted dude!

I’m a horror veteran so it isn’t easy for a film to scare me, but occasionally I do come across a few horror titles, especially when I’m rummaging through some indie titles, that manage to freak me out.

Which brings me to 2019’s Haunt. Its simple premise intrigued me. Though, in the wrong hands, it could easily become forgettable slasher fare. But the positive buzz around it made me interested enough to give it a peek. If it wasn’t scary, as slashers rarely are, hopefully, it would feature some delightful gory mayhem.

It’s Halloween and Harper (Katie Stevens) has got enough scary things going on in her life. As a child, she had to endure an abusive father, and now in adulthood, she’s being stalked by an abusive ex-boyfriend, Sam (Samuel Hunt).

Her friend, Bailey (Lauryn McClain), urges her to forget about her troubles and join her in a local Halloween party. At that party, she comes across the charming and kind Nathan (Will Brittain), who takes an interest and her and seems like the complete counterpart to Sam. As the group ventures into the night, seeking more “spooky” pleasures, they come across an extreme haunted house establishment.

On a whim, they decide to enter, and while the first few spooky attractions don’t convince them, it continually becomes more extreme the further they venture inside. When Bailey gets herself cut, they realize something is wrong with the place and that its hosts, dressed in all manner of creepy cloaks and masks, have murder on their mind.

And soon it becomes clear that not everybody, maybe none of them, might survive the night.

The biggest issue with Haunt is its predictability. It’s easy to guess who will die or who might live through to the end. If you can accept that Haunt follows the basic blueprint of a slasher film, then you can enjoy the ride. What matters most then is that Scott Beck and Bryan Woods get the basics right. The first one being the final girl. Harper is obviously the final girl since she’s the only one with an emotional arc.

Luckily Katie Stevens is completely sympathetic as Harper. Unlike her many final girl counterparts, she’s not overly sexualized in a way that would make her feel unrelatable. In fact, you genuinely want her to survive the night, especially as she endured so much abuse from her father and her stalker ex-boyfriend.

Her eventual growth into becoming a stronger woman is also handled tastefully. When she finally does step up against her demons, you find yourself cheering for her.

While you shouldn’t expect any of the supporting characters to receive any semblance of emotional depth, they are quite likable. None of them fall into that stock character slasher trope. Andrew Caldwell as the slightly overweight prankster comes close, but his actions later in the film show him to be a much more proactive and courageous character.

They are all quite likable, even if they aren’t well developed. They all play off each other nicely as if they are genuine friends. Admittedly I didn’t really feel much when some of them died, but even so, I wasn’t anxiously waiting for some annoying character to finally die — as I did while watching so many of those Friday the 13th movies.

We have a group of villainous slashers here, each of them draped in cloaks and a signature mask. They aren’t overly designed; they have interesting minimalism to them. We have the hammer-wielding Ghost (Chaney Morrow), pitchfork-wielding Devil (Damian Maffei) and naturally since this is the year of creepy clowns, there is a character named Clown (Justin Marxen).

They aren’t the only ones, however. One slasher wields a chainsaw, another one likes to wield a boiling fire-poker. They are effective slasher characters even though we are told about their motives — and perhaps that isn’t necessary.

There’s the question of how they look without their masks. When one of them takes off their masks, it did admittedly startle me just a bit.

Ultimately, Haunt is a low-budget slasher thrill ride that absolutely delivers. One of its greatest features in my mind is the likable characters and that it never feels overly mean spirited — like last year’s Terrifier for instance.

By the end, you do want the survivors to come out of this alive. It feels that the film could go two ways: the survivors might make it or we will be treated to a nasty nihilistic ending (which has become rather cliché lately). It all depends on the execution, but if the ending fails to live up to the building suspense, then I could have easily forgotten about this movie the moment it ended.

Naturally, I won’t spoil the final scene but I will say that it was incredibly satisfying — even a little surprising considering what we are usually treated to in such films.

Haunt doesn’t aim to do anything different. It just aims to give you a suspenseful slasher film. On that front, it absolutely works.

Its final girl and supporting cast are extremely likable. The villains are actually imposing and make an impact. There’s enough gore to please your standard gorehound — the highlight being one scene involving a hammer and someone’s teeth. Best of all, the ending is incredibly satisfying.

It’s hard to fault this film. Perhaps it could have given some depth to its side characters and perhaps a few more surprises would have been welcomed. But as a slasher, Haunt is certainly above average.

Thank you for reading! What are your thoughts on Haunt? Comment down below!

[…] No, let me rephrase that: this is a damn good horror movie! Eden Lake belongs to the subgenre of slasher movies. However, in case you are thinking about a group of teenagers becoming the victims of some sadistic […]

Loading...
Reply
Grief-Stricken Grandparents Venture into Satanism in 'Anything for Jackson' | MovieBabble December 8, 2020 - 11:31 am

[…] a perfect playground for arthouse aspirations. A horror film doesn’t just have to be about a maniac hunting down busty coeds — not that there’s anything with that — it can be about […]

[…] though the film’s marketing makes it seem like a modern slasher film, it’s not like that at all. Don’t let the pictures of men in hideous pig masks fool you. This […]