‘1917’ Has Absolutely No Staying Power 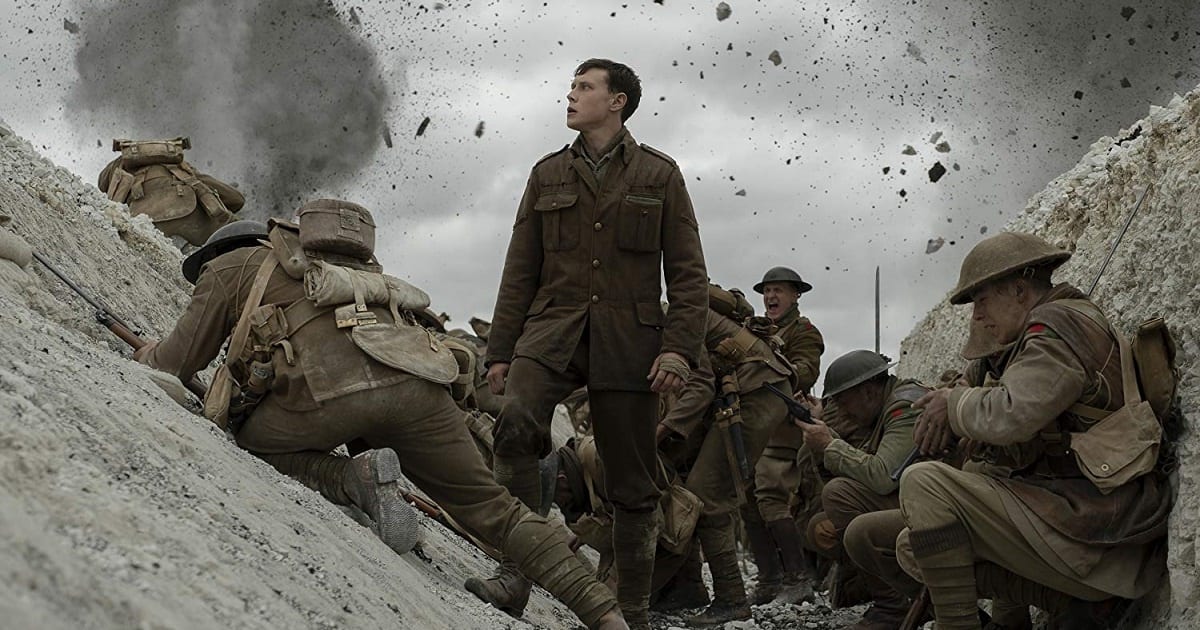 We should bar every critic from calling 1917 a “cinematic achievement”, a “technical achievement”, or any derivation of the two. It’s an overused phrase in film discourse as it is, but 1917 has only made it that much more nauseating. And frankly, I think it’s probably because it’s next to impossible to discuss 1917 outside of its technical prowess because its one-take gimmick is the only item it has to boast about.

Seemingly every year there is a technically-driven prestige movie that bursts onto the scene, makes a lot of money, and takes home a few Oscars for its troubles (most of them in below-the-line categories such as best cinematography, visual effects, sound mixing, and sound editing, among others). At the moment, these movies were hailed as “cinematic achievements”, and they even make a few year-end lists of the best movies from respectable voting bodies. A few years down the road, however, they practically vanished from the public consciousness, seldom mentioned outside of the occasional, “Hey, remember [insert inert technical movie here]?”

From just this decade, movies like The Artist, Life of Pi, Birdman, The Revenant, and even Dunkirk to an extent come to mind as good comps for 1917. They were lauded to high heavens, their directors praised for their mastery of the craft. (We aren’t far enough removed from Dunkirk‘s release to make a definitive statement on it, but its combination of technical brilliance and emotional hollowness isn’t aging well already.) Now, years after their Best Picture nomination or win, it’s almost as if they are forgotten to time, another data point indicating that the Academy cannot foresee the impact (or lack thereof) these films will have on culture in the future.

1917 is a straightforward, streamlined film. In the middle of World War I, two soldiers, Lance Corporal Blake and Schofield (Dean-Charles Chapman and George MacKay), learn from General Erinmore (Colin Firth, in one of many cameos from English theater actors) that another battalion — which includes Blake’s brother — is walking into a trap set by the Germans. Their mission is a simple one: deliver a message of the impending German ambush to the battalion’s commanding officer before they are set to attack themselves. Fail to do so and the British army will surely walk into an all-out massacre.

The soldiers quickly embark on their journey, and as I alluded to above — and I’m sure you know as well — the majority of 1917 plays out as one long, extended sequence. (Although you can clearly see where Mendes hides a few cuts by having the camera pass behind rubble, pillars, and other obstructions.) Dean-Charles Chapman and George MacKay hide from enemy soldiers, dive out of the way of crashing machinery, and engage with other soldiers in unbroken takes. Considering all the moving parts in this film, this technical achiev — erm, this feat is undoubtedly impressive. I feel as if Sam Mendes has always been slightly underrated when compared to his contemporaries, especially when looking at fellow countrymen such as Christopher Nolan and Danny Boyle, even if he has made Skyfall, which I consider the best Bond film to date. I’m sure that his directing work in 1917 will make many stop and take notice — it’s the kind of showy, impossible-to-miss direction that will turn heads.

Whereas 1917 once again shows that Roger Deakins is a cinematography god, and we should all bow before him and his gifts. Images that he creates in the film are seared into my brain, most notably a chase scene at night that is essentially lit by explosions and gunfire. Deakins uses his typical cool set of colors for a stark, but always a bold-looking movie. It’s the kind of work that will urge someone on Film Twitter to post four still images from the film with the caption “Roger Deakins is the GREATEST” in the hopes of gaining hundreds of retweets. Together, Mendes and Deakins create a look at war that is supposed to overflow with the immediate punch of being in the middle of a combat zone. And in fleeting moments, 1917 is unquestionably riveting. Many of the set pieces are heart-pounding, with the unbroken takes ratcheting up the tension a considerable degree.

By the end of it all, however, it occurred to me that 1917 is a rather hollow experience. A movie that wants to appear immersive without the attention to detail to actually deliver on such claims. The entire movie is using shorthand, hoping that slick direction and editing will leave most viewers oblivious to its logical inconsistencies and emotional vacancies.

Upon receiving their mission from General Erinmore, Blake and Schofield take a second to map out their perilous voyage, which they reckon is approximately nine miles in length and will most likely take about six to eight hours, depending on what troubles they run into, of course. The problem is that 1917 is two hours in length, and shot to look like it is playing out in real time. Some diversions in the trip occur, and the journey is not always on foot, but it certainly does not make up that difference. Blood loss is also not an issue, apparently — or at least it’s only an issue when it’s most convenient. Even the sun also comes up in about two minutes in this universe — it’s strange what war does to the orbit of the planet.

I know, I know — they may seem like minor nitpicks. But they are representative of a larger issue I have with the film: it’s not concerned with the finer details of its own journey, and the details of the journey are what make up the entire film. Not large, sweeping character arcs or timely themes, but how these soldiers get from A to B and the sensory feelings that come with it. 1917 consistently cheats itself and, as a result, the audience.

The soldiers move across many notable landscapes for different set pieces, and although they’re pieced together to feel like part of a whole, they don’t necessarily make sense in context. For instance, how is it that No Man’s Land, a lush green field, a bombed-out town, and a roaring river with a waterfall all fall within nine miles of each other? Maybe I’m woefully ignorant of how war can alter topography, but these settings, while perfectly suitable for the very clear, cinematic action that Mendes staged, do not feel like one voyage when stitched together. They’re more like different levels, and the soldiers are more like video game characters than actual people. It ultimately lacks the extra layer of grit that would have helped deliver the visceral impact that it is so desperately searching for. Strangely, and contrary to what it is its intended effect, the film comes off as rather austere; it’s too rigid to feel human.

1917 is pure spectacle, which is not a bad thing on its own. But because the expedition lacks a true sense of realism, it’s difficult to get lost in it, particularly when I’m more likely to see the main protagonists as superheroes than regular soldiers. Similar to the list of movies I doled out above, 1917 places such an emphasis on its technical and logistical aspects, that when they fail on some levels, the entire endeavor feels slightly pointless. The lack of any human connection becomes quite pronounced. Once the initial shock wears off from 1917‘s showy presentation, we’ll all slowly distance ourselves from it over time. Many will dust off the old mantra “war is hell” when discussing it, but in this case, it’ll be used as a crutch while searching for meaning in a movie that has little to no depth.

I left 1917 knowing two things: Sam Mendes is a very smooth director and Roger Deakins is arguably the best cinematographer that we have ever seen. But I didn’t need to watch 1917 to know either of them.

Thank you for reading! What are your thoughts on 1917? Comment down below!

[…] to each role. Cumberbatch — who I last recall jarring me out of the final fifteen minutes of 1917 with a completely unnecessary cameo — is one such actor. His producer credit on The […]

[…] Joaquín Cociña and Cristóbal León’s existential multimedia animated film shot in one continuous sequence is dripping with creativity and ingenuity. A movie that is so specific in its art design and themes […]

‘Candyman’ Sours, ‘Spider-Man’ Takes Over the Web, and...