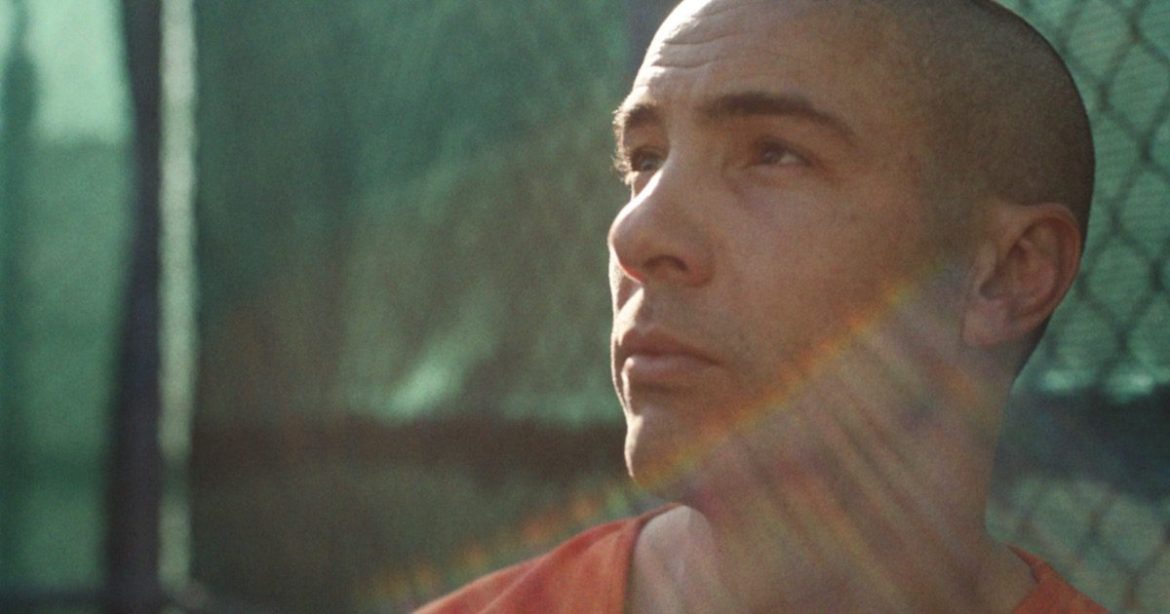 If you had not heard of The Mauritanian prior to Jodie Foster’s surprise Golden Globes win for best supporting actress, you weren’t alone; I was right there with you. The film — based on Mohamedou Ould Salahi’s memoir Guantánamo Diary — is still only available at a premium price until its premiere on Amazon Prime on April 1st. Despite an A-list cast, it has largely flown under the awards radar.

This Movie Is Worth Talking About

The film follows the legal journey of Salahi (Tahar Rahim), who has been held prisoner in Guantanamo Bay following the attacks on 9/11 without charges brought against him. His legal team, played by Foster and Shailene Woodley, battle mistrust, redacted secrets, and legal opposition from the U.S. Government (played by Benedict Cumberbatch) in order to bring the truth to light and seek justice for Salahi.

Like any historical drama, The Mauritanian shines a light on our collective past — however unflattering or shameful it may be. But these particular circumstances prove to be part of an ongoing national dialogue about the weaponization and abuse of power by those we put our trust in.

In one scene, Salahi states, “When I first arrive at Guantanamo, I’m happy because I trusted in American justice. Never did I believe I would be eight years a prisoner without trial, and that the United States of America would use fear and terror to control me.” In a moment in time when our country is grappling with domestic authority and its racist abuses about power leveraged against Black Americans on a national scale, it’s worth widening the lens to remind ourselves of our country’s continued war crimes globally, and the individual, specific lives that are affected by them. Any opportunity to critically examine our past is one worth taking, and this film does not hold back in its account of the truth.

There’s Evidence of a Great Film

The best part of the film was its use of narrative juxtaposition to give power and meaning to the story. By the end, you felt it. The Mauritanian could be separated into two acts, and although the film is two hours long, that first act comprises most of the film’s runtime. Act one presents the story as a procedural courtroom drama: two parties seeking their version of the truth, preparing to clash in a battle of evidence and written testimony. The actual truth here is left vague. The evidence is redacted from us, just as it’s obscured from the legal teams. Rahim does a tremendous balancing act as Salahi, who is simultaneously charming and walled-off so as to never reveal if he’s our protagonist or if he’s truly guilty of these atrocities.

In act two — the film’s climactic 30 minutes — the sharpie falls away from the files as the audience sees the true events that befell Salahi behind the closed doors of Guantanamo Bay. What had felt like A Few Good Men suddenly felt more like Hostel; torture-porn-turned-real, a graphic account of the truth presented in visceral detail through a fever dream lens. It’s incredibly harrowing, particularly after you’ve plodded through the relative bureaucracy of the previous hour and a half. And its message is clear: the greatest trick that power can play is hiding its atrocities behind the mundane. 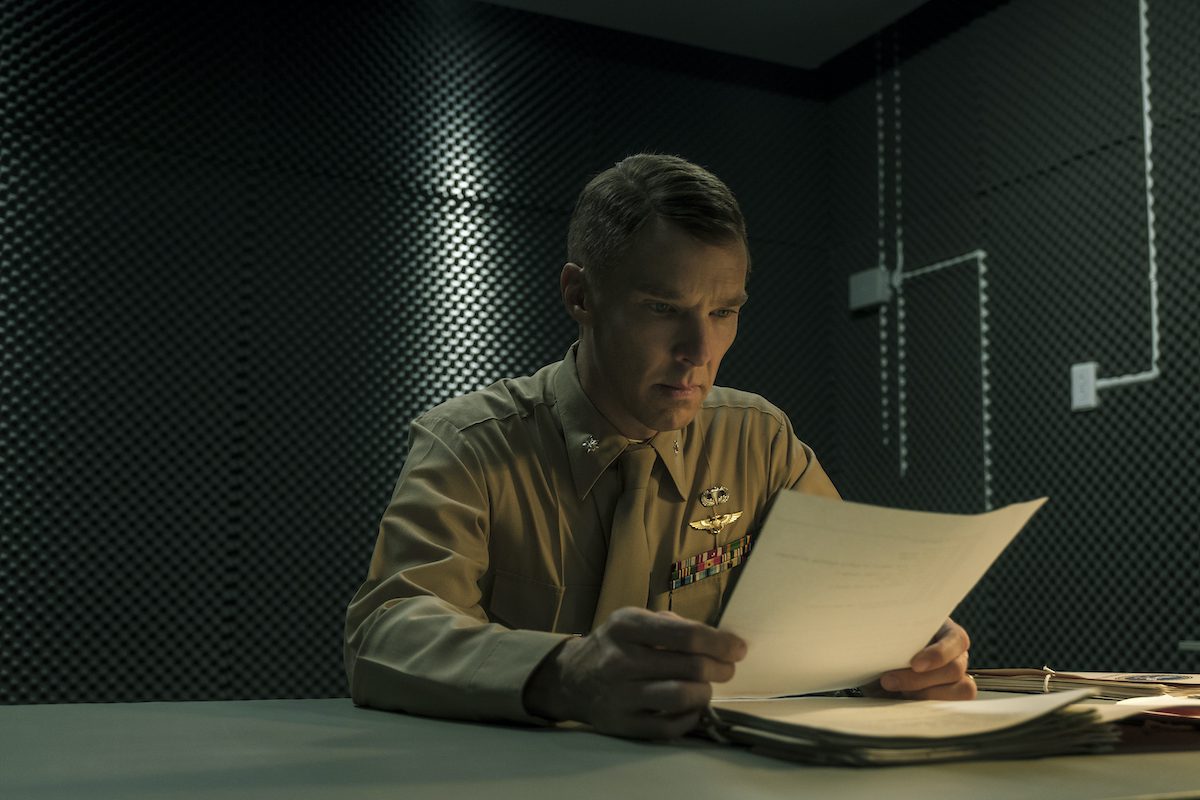 But Can We Cover Up These Parts?

Unfortunately, those first 90 minutes are dragged down by more than bureaucracy. A strong lead performance by Rahim is supported admirably by Foster’s turn as defense attorney Nancy Hollander, but her steely assuredness and no-nonsense attitude approach to the role of a powerful woman is something we’ve seen before. You have to think that if the role was played by someone less beloved, we wouldn’t be talking about this movie much at all. We’ve seen what Foster can do with a better script, and while it’s always a treat to watch her work, her Golden Globe win made me hopeful for something more.

But then there’s Benedict Cumberbatch, who is so wildly out-of-place as southern military prosecutor Lt. Colonel Stuart Couch, you’re taken out of the movie every time he opens his mouth and a nasally attempt at a southern accent emerges. There are actors who are great at what they do, and what they do is bring various heightened versions of themselves to each role. Cumberbatch — who I last recall jarring me out of the final fifteen minutes of 1917 with a completely unnecessary cameo — is one such actor. His producer credit on The Mauritanian may lend some clarity as to why he’s here. But the performance — narratively one-dimensional and completely out of place — does the film no favors. (Side note: Neither does Shailene Woodley, but has she ever stood out in anything? Sorry, apologies to fans of The Divergent Series: Allegiant.)

The other element worth noting here is the film’s hefty use of flashbacks; not just to various moments during Salahi’s imprisonment, but to moments in his life leading up to his capture. The director (Kevin Macdonald) feels the need to overtly differentiate these scenes from the present day by altering the picture quality and aspect ratio — a choice I could see working if it served a greater purpose. Here, it just feels as though the audience could not be trusted to know the difference between past and present.

The Mauritanian feels of a piece with The Report (2019), another film grappling with America’s torture policy, and the horrors we hid behind the redacted text. It also similarly manages to drive home its message quite powerfully, despite uneven performances and less-than-secure direction. While there are standout moments, it never quite elevates itself above its status as a solid legal drama. But as it becomes more widely available, it’s definitely worth watching. Because as the film posits; it’s one thing to read a glossy summary.

It’s quite another to see the full picture.

Thank you for reading! What are your thoughts on The Mauritanian? Comment down below!

Definite agreement on Benedict Cumberbatch and Shailene Woodley. How brave of you to mention it: the fan support for both of those individuals can be aggressive. 😂