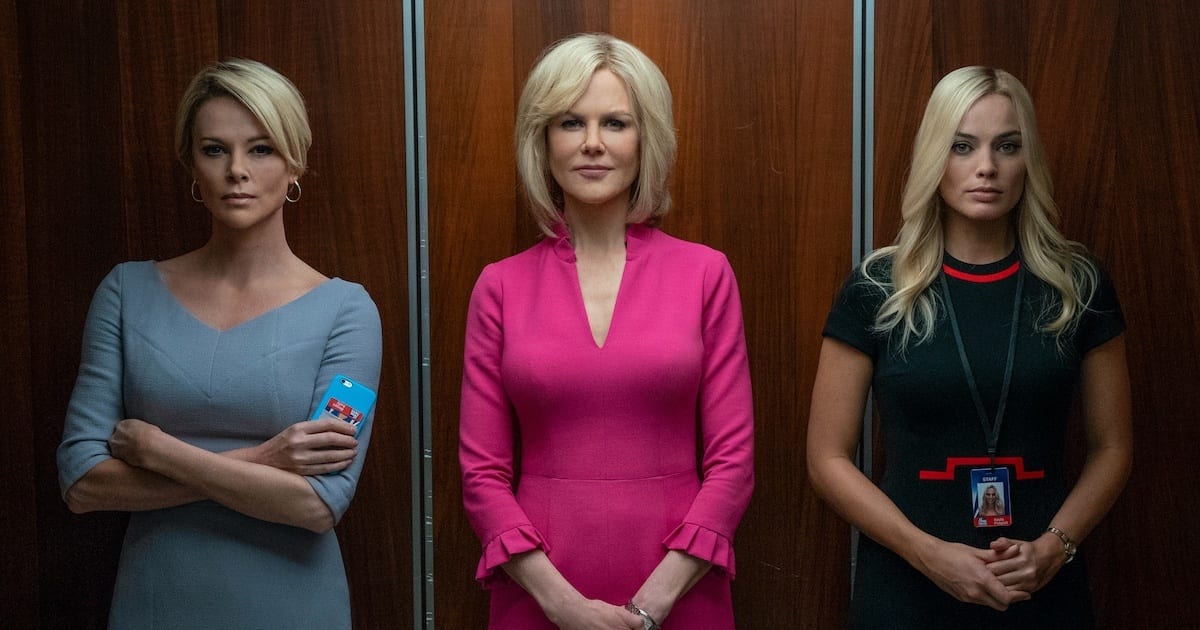 Sadly, sexual assault and sexual harassment in the workplace have been the norm for years now. Especially by powerful men who use sex as a tool against female subordinates or women who lack power. In our era, the balance is starting to tip against the men who use sex as a weapon, but not without the brave women who have come forward. The new movie, Bombshell, tells the story of the Fox News sexual harassment scandal from the perspective of the women who broke the scandal and stopped the harassment in its tracks. Megyn Kelly (Charlize Theron) and Gretchen Carlson (Nicole Kidman) are the headliners. Kayla Pospisil (Margot Robbie) is the newbie who is more than a little excited to have Fox News on her resume. Rumors of sexual indiscretions against the female staff by the late Roger Ailes (John Lithgow) have been floating around for years, but have not been verified.

The Cold Truth About Sexual Misconduct in the Workplace

One of the film’s greatest strengths is having an honest discussion about issues that plague us all, most notably sexual assault and sexual harassment, especially in the workplace. One would have to be living under a rock to have not heard about the accusations leveled against Harvey Weinstein, Matt Lauer and other powerful men who saw their female staffers as nothing more than sexual playthings. Given the number of #MeToo stories over the past couple of years, it would be easy to whitewash both the accused and the accusers.

One of the promotional stops that star and producer Charlize Theron made was on NPR’s Fresh Air. Explaining to host Terry Gross the grey areas of sexual assault and harassment on the job, Theron stated the following:

“It’s not always physical assault. It’s not always rape,” she says. “There’s a psychological damage that happens for women in the everyday casualness of language, touch or threat — threat of losing your job.”

That in itself, I believe, is the message of Bombshell. Though these women may have been hired because of their professional skills and their experience, Ailes also hired them because they are easy on the eyes. Not that physical looks are unimportant, but intellect and ability are just as important. But as Judge Judy said, “Beauty fades, dumb is forever”.

Like many male bosses with this mentality, his initial conversations with potential and current female staff looked and sounded like any conversation between a mentor and a mentee. But over time, Ailes made it clear that if these women wanted to remain employed by Fox News, they needed to do more than the basic job description that they were hired for.

Bombshell is a Slow Burn, But a Little Too Slow

If the strength of Bombshell is the honest and frankly difficult conversation about sexual misconduct in the workplace, its weakness is that it is a little slow. A slow burn is a good thing. But, at a certain point in the narrative, the slow burn has to speed up.

We all know the end of the story. Ailes is one of several men who are publicly accused of taking sexual advantage of his female staff. He loses his job and is given his just desserts. But the buildup could have come a little sooner.

The problem with the too slow burn is that at a certain point in the film, I got the point. Roger Ailes is the bad guy. Our heroines are the women who were brave enough to speak out, knowing that their livelihoods and reputations were at stake. That much is obvious. It is also obvious that the movie is based on a true story and has to be as close to the facts as it can be. The problem is that even with the facts as we know them to be, the narrative still has to engage the audience. I hate to say it, but at about the three-quarter mark in Bombshell, I was ready for it to end. A lot of this stems from the movie trying to cover so many disparate items and plotlines in the same script.

Because the ending came a little slower than I would have preferred, the feeling that Ailes got what was coming to him did not feel as sweet. I wanted to cheer that the man who wanted sex in return for work opportunities got what he rightly deserved. But it was more than a feeling of “blah.” Which should not be the case. (Obviously.) 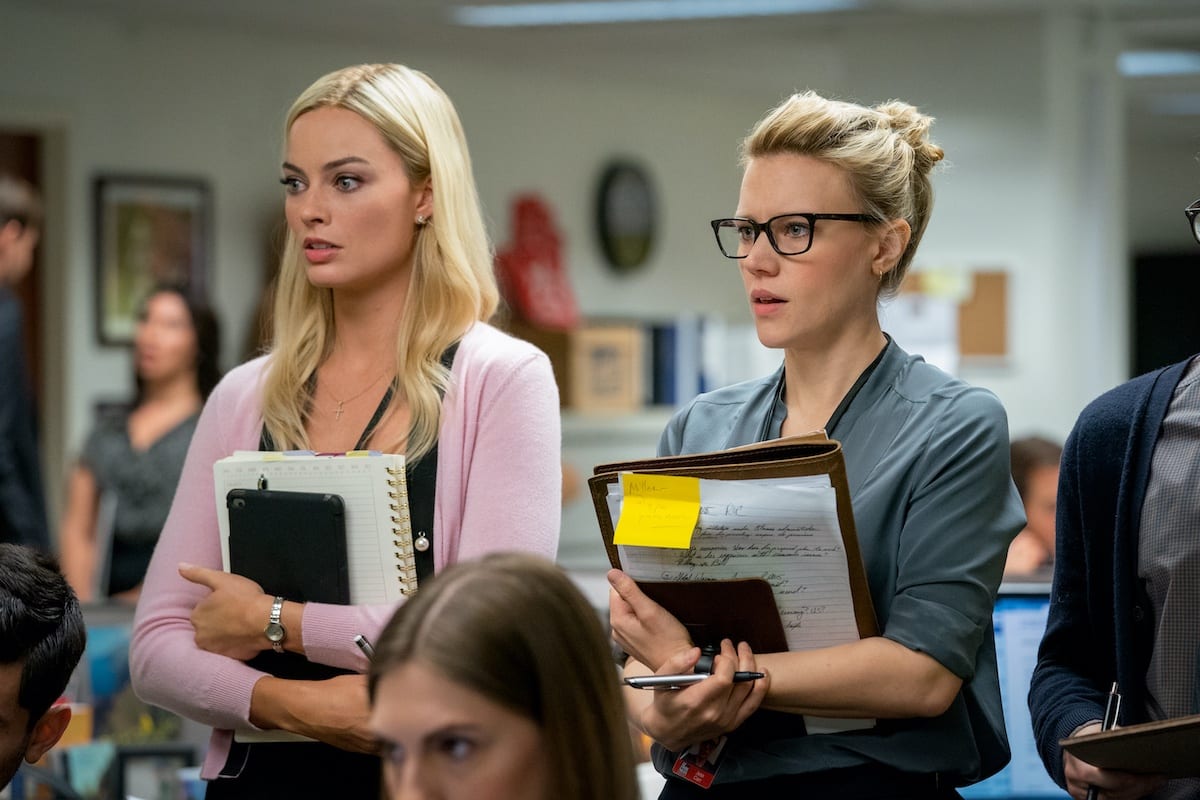 The Makeup and Hair is Award-Worthy

Theron is not the only one who transforms into their characters. Nicole Kidman disappears into Gretchen Carlson and John Lithgow is unrecognizable under the fat suit and the extra chins of Roger Ailes. When a script like this comes along, the creative team has a choice. They can either do a spiritual film rendering of the real-life person (a la Tom Hanks in A Beautiful Day in the Neighborhood) or the actor via prosthetics physically becomes the character they are playing. In choosing to use prosthetics, the message of the film is hard-hitting, raw, and honest.

Does This Film Hold Up to its Message?

At its core, Bombshell is a message movie. The message is that sexual assault and sexual harassment are wrong and will not be tolerated. Those who perpetrate these acts, if found to be true, will be suitably punished. But the message is diluted by a slow narrative and an ending that could have come sooner. Back in 1943, the late movie mogul Samuel Goldwyn is reported to have said the following: “All I want is a story. If you have a message, send it by Western Union.”

I couldn’t think of a better way to sum up Bombshell.

Thank you for reading! What are your thoughts on Bombshell? Comment down below!

[…] rewarding to see them find their voices once again. On the Record also deftly covers the fear many survivors have in coming forward, showing how power dynamics and societal pressures sadly still get in the […]

[…] film, is a master class in subtlety and illustrates just how powerless young women are when faced with powerful, abusive people. Julia Garner plays Jane, a quiet but talented assistant to a powerful movie producer, seemingly […]

[…] choice is Bombshell, as Charlize Theron looks EXACTLY like Megyn Kelly and it has haunted my dreams ever since I saw […]

It did lug down at a certain point, so did Star Wars. I give Bombshell higher marks mainly because of Theron. She was freaky real as Kelly. Both films were predictable, one due to events well known and the other to a story arc that was repetitive over a span of decades. Between the two, I enjoyed Bombshell more, especially with the addition of McKinnon, and that I expected more from Star Wars for a finale.

How ‘Miss Americana’ Converted a Skeptic into a...