‘Minari’ is Uplifting, Tragic, Funny, and the Best Film Out of Sundance 2020 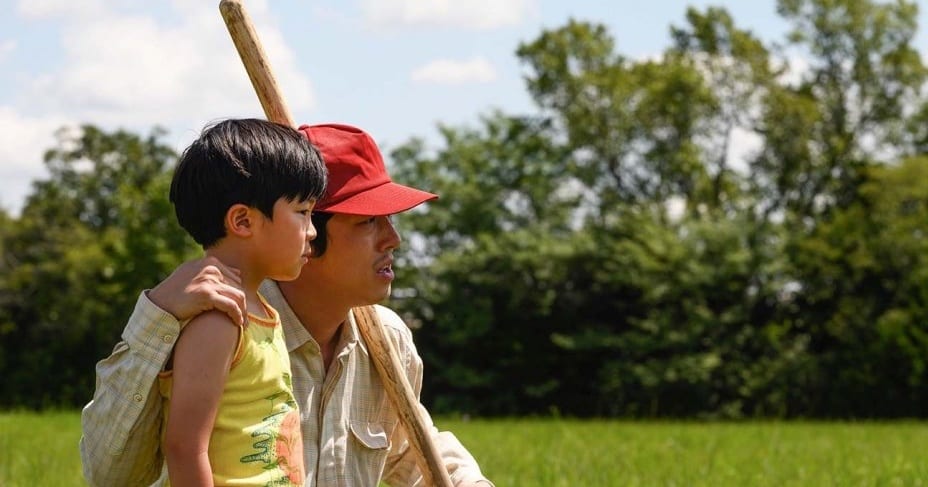 There are precious few films that announce their brilliance in their opening moments. Minari is one of those films — and I’m positive that this isn’t the “Sundance high” talking that frequently comes with reactions coming out of the festival. On the surface, Lee Isaac Chung’s depiction of a family of Korean Americans assimilating to their new home in rural Arkansas begins simply: led by Jacob (Steven Yeun), we see his family driving through the countryside and arrive at their new home as Emile Mosseri’s score sets an awe-inspiring, yet modest tone. It quickly indicates that the most transcendent moments of the film will be drawn out by capturing a true sense of specificity. And also that you’ll cry uncontrollably as the film progresses.

Jacob, the patriarch, chose to move the family to this area of Arkansas from California in the 1980s with hopes of building a farm, one filled with Korean vegetables that would allow him and his wife Monica (Yeri Han) to eventually give up their jobs as chicken sexers in a few years and create a better future for their children. Although Monica doesn’t share Jacob’s enthusiasm, muttering, “this isn’t what you promised,” upon seeing their new trailer home surrounded by unkempt farmland. It’s clear from the beginning that there is a lack of trust between Jacob and Monica. The anger festers as they have cold and sometimes firey interactions with their kids looking on from the background.

Monica is also naturally a bit nervous for her son David played by Alan S. Kim, who will immediately become a Film Twitter sensation upon the film’s theatrical release as well as join the group of kids in A24 movies that you would go to war for. I mean, c’mon:

Not to be outdone by the Zola crew #MINARI #Sundance2020 pic.twitter.com/OtdEw4Awyx

David has spent his young life dealing with a heart murmur, and the closest hospital is nearly an hour away from their new home. Daughter Anne is oftentimes the most resolute member of the family, acting like a rock and pseudo-mother figure for David when Monica is busy at work. Whereas David develops a slightly antagonistic relationship with grandmother Soonja (Yuh Jung Youn), consistently complaining that Soonja does not act as a real grandmother should — he often yells at her for not baking and doing other American grandmother deeds.

The beauty in this immigrant story comes from the intersection of these elements without a tangible outside force affecting them, or at least a plot-driven one. There are no lazy, overtly racist characters ruining the Yi’s lives, nor is there hamfisted dialogue on class struggles. Instead, much of the drama comes from intrafamilial and/or personal tension. Much of the commentary on the periphery — whether it be a mention of the Reagan presidency or anything else of note — is to set the scene, to underscore this immigrant story for each member of the Yi family.

The characters are caught between two ideologies: Eastern and Western thought. One of the more ingenious parts of Minari is the generational view of this tug-of-war match, with Jacob, Monica, and especially Soonja having more of a Korean influence while the kids are far more Americanized. David and Anne routinely flip back and forth between Korean and English in conversation. David also guzzles Mountain Dew like nobody’s business. Much of this comes to a head as David and Soonja constantly bicker, leading to some of the better comedic moments in the film. (Strangely, for an understated drama, Minari has some of the better dick jokes of recent memory.) But at times, it’s almost as if they arguing as embodiments of these ideals, constantly at odds about which should ultimately win out.

Minari is an intriguing twist on the American Dream in that sense, pondering whether or not someone must rid themselves of their heritage to achieve success in the states. Steven Yeun’s Jacob feels the brunt of this as he cultivates his farm with the help of Paul, a curious man of unrelenting faith played by Will Patton, who can often be found stumbling over his words or carrying a literal cross through the streets. Jacob begins as a classic man, one who tirelessly works on his farm in a tanktop while smoking a cigarette — he’s a Budweiser and piece of apple pie short of being a pure slice of Americana. Though he is steadfast in believing that he can build his farm “his” way, that is without frivolously spending money on someone else installing a well or even growing American vegetables.

Lee Isaac Chung beautifully captures the highs and lows that the Yi family encounter. Shots of Jacob working on the land with the sun setting in the distance as Mosseri’s score hums in the background are near a religious experience. Minari understands the pure bliss that comes with seeing one’s own project come to fruition — the small victories are often more momentous than they appear. Yeun is sublime in these scenes, reacting modestly with a slight smirk or playfully telling Will Patton’s Paul to get back to work. It also understands the neurotic tendencies that come about, where one can become consumed by their work in fear of failure. Or in fear of feeling useless as a man and provider.

David’s story dovetails nicely with Jacob’s as a boy coming into his own. It’s impossible not to fall for Alan S. Kim, whose performance is simply miraculous and shows how much emotion a good child performance can add to a film. I’m confident in saying that Kim will join the pantheon of all-time kid performances. Both he and Yuh Jung Youn are the winners of the film with their lovably cantankerous attitudes. In many ways, they’re spitting images of each other. They’re also the heart of this stunning story.

Each member of the family is tested in one way or another, which gets at the importance of the film’s title. Soonja plants Minari seeds down by a creek near their house, which will grow and prosper on its own without much labor due to the surrounding environment and the seeds’ resilient nature. Fundamentally, Minari is a portrait of a splintered family, which consistently runs into hardship because they lack a sturdy foundation and rarely act as a unit. The Fast and the Furious franchise has turned the idea that “it’s all about family” into one hell of a meme, but kudos to Minari for adding credence to it once again.

Prepare for Minari to fill you with unbridled joy, crushing loss, and bubbly laughter as one of the year’s best films and most essential texts on the importance of family and togetherness.

Thank you for reading! What are your thoughts on Minari? Comment down below!

[…] both the Audience Award and the Grand Jury Prize in the process. Last year, the film to do that was Minari, and this year it happened again with Sian Heder’s CODA, which sold to Apple TV+ in a […]

[…] out of what she said was that she liked it and that’s like the most… especially from a migrant family, that is the most you can get from a parent; having some semblance of approval […]

[…] This is one of my favorite horror movies ever. It perfectly combines black humor and horror; it’s wacky and gory, what more do you want? To be honest, Álex de la Iglesia (the director) has, so far, never surpassed this brilliant movie. […]

[…] American dream has destroyed a lot of people. Sometimes one person’s dream comes at the expense of others. […]

[…] Prince had the belt for cutest A24 kid until Alan S. Kim came along and blew me away in Minari. Still, Sean Baker’s portrait of childhood innocence in an anything but innocent situation is […]

This one went on the must-see list. Thanks for the review!