MIFF 2020: An Interview with Allison Chhorn, Director of ‘The Plastic House’ 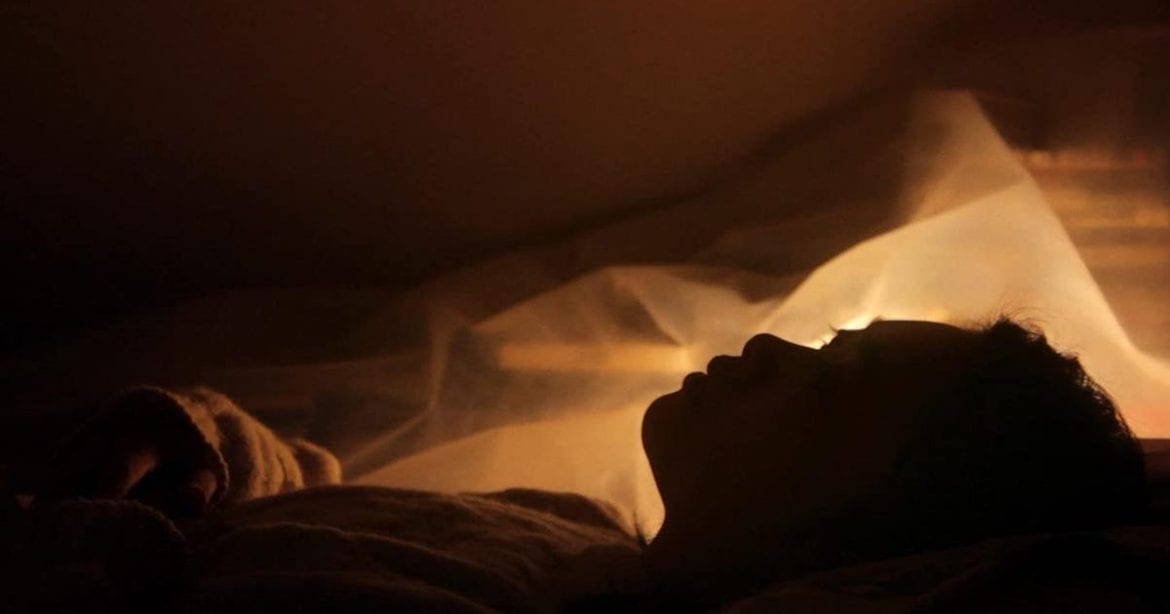 Cambodian-Australian, Allison Chhorn is an artist of many talents. A skilled photographer, painter, composer, and filmmaker, Chhorn is a bold and intriguing new voice in Australia’s artistic landscape. Her latest experimental cinematic effort, The Plastic House is a wholly absorbing ‘docu-fiction’ film about mourning, passage of time, and capturing the strange and alluring atmosphere of the titular greenhouse. The Plastic House is screening as part of MIFF’s online festival program for 2020 and I had the privilege to talk to Allison Chhorn about her film.

Listen to the full interview on the latest episode on Another Bloody Movie Podcast now available on Soundcloud below. The episode is also available on Apple Podcasts, Spotify, or wherever you get your podcasts.

SC: You’re over in Adelaide, I’m here under Stage 4 lockdown in Melbourne. COVID is sort of wrapping up for you, but as a creative, how was the lockdown for you? Did it stimulate or stifle your creativity and work ethic?

AC: I think just with everyone, you know, it’s a bit of a shock to hear the news and have to be in lockdown. But for me, I’m really used to being homebound so it’s not that different for me. I just feel a lot of sympathy for everyone else who has to stay at home but are still working and are having to compromise their lives and everything.

SC: Your film is an experimental piece that lands somewhere between fiction and documentary. How would you describe The Plastic House?

AC: It’s a film that’s hard to describe. And I guess some people have called it a documentary hybrid, which for people that don’t know, hybrid films are sort of based in reality but use narrative fictional techniques. For me, this film is very much based in reality and my own experiences, but I wanted to make something more cinematic. That’s why there’s a fusion between the two genres.

SC: You just mentioned the word ‘cinematic’ there. With film festivals now going online, are you disappointed or saddened by the fact your film can’t be played on the big screen?

AC:  Yes. And also it’s weird because I can’t compare it to like… because I’ve never had physical screenings before. This is my first film that has done the festival circuit so it is all very new to me. I’m just very grateful just to be playing in festivals that are still playing online.

SC: How long did the film take to complete?

AC: I filmed most of it in the winter of 2016. And then because I was working on other projects, I just edited it on and off for a couple of years. That’s why it took a long time, but all up I’d say it took about 4 years to complete.

SC: I found in my research for the film that you have a strong background in editing, including a number of Video Essays on your Vimeo page. How much of The Plastic House and the ideas you are exploring came together in the edit?

SC: Staying on the edit, the film is very insular and contained to the Greenhouse and the property it is situated. Was there any footage shot outside this space that perhaps just didn’t fit?

AC: Yeah, that’s another good question because I did shoot a lot of stuff. Like, there’s a lot of driving footage (laughs). I think I cut out about 10-15 minutes of driving footage and just some other stuff that didn’t work out. I find that every project that I work on that that’s what tends to happen. You only really use maybe… I don’t know what the percentage is, but it’s a very small percent of what you actually shoot makes it in the film. So yeah, there was a lot that was cut out.

SC: You’ve pointed towards Chantel Ackerman, Andrei Tarkovsky, and Apichatpong Weerasethakul as major influences for The Plastic House. In what ways have their works influenced this film?

AC: I think all those filmmakers you mentioned, they create a strange kind of atmosphere in their films and almost like a mysterious atmosphere. They also tend to use long takes and could be considered slow cinema. But there’s another influence I realized recently because I had to go through the film again and that’s Robert Bresson. He’s very clinical and very edited based as well and I felt like that’s kind of what my film is made up of. Almost like these singular shots of hands or activities cut together in a few montage sequences, but also mixed with long sequences as well.

SC: Unfortunately, I have not seen any Bresson, Ackerman, or Tarkovsky films, but the one Weerasethakul film I’ve seen, Uncle Boonmee Who Can Recall His Past Lives has this really ethereal atmosphere in a natural setting which I feel you have really elicited in your film.

AC: Yeah, there is like a meditative quality to Weerasethakul’s films that I really wanted to capture in my film as well.

SC: Staying on influences, at one point in the film you are reading ‘As I Lay Dying’ by William Faulkner. I have not read it, so I’m curious as to if there is any significance or thematic relevance the book has to The Plastic House.

AC: I think that book was a big influence, just in terms of tone and subject matter. It’s mainly about a boy who’s lost his mother and is dealing with grief while also having to continue to live his life. Faulkner’s other books also have a strange quality where it’s very cinematic to me where he jumps through past and present and he jumps through time. I’ve also heard filmmaker, Claire Denis is also influenced by Faulkner and if you have seen her films, you can see the correlation between the two artists.

SC: I just remembered something I forgot to add to an earlier question. Along with this repetitive and laborious work in the greenhouse that has this meditative quality, I found that inside the environment of the greenhouse, it is very easy to lose track of time.

AC: That’s definitely what I experienced while working there. I think it also has to do with the weather as well because, in Adelaide, the weather is kind of bipolar. It can change from like sunny and then to cloudy and then to raining in like a few hours.

SC: Melbourne is the same.

AC: Yeah. But I don’t know. I feel like whenever I visit Melbourne, it’s always dark and gloomy there.

SC: Your film is centered around this idea of you taking over your parent’s greenhouse after they die. Your parents do appear in the film and I’m curious to know how much involvement they had with the film and if they have seen it, what were their thoughts?

AC: They didn’t really have any involvement in the film. I mean I really was just filming them at a distance, sort of like home movies. My mum is the only one who’s seen it and she really didn’t say much, but the most that I got out of what she said was that she liked it and that’s like the most… especially from a migrant family, that is the most you can get from a parent; having some semblance of approval (laugh).

SC: In the MIFF Program, The Plastic House is bundled with a Portuguese documentary short called Outside The Oranges are Blooming. Have you had a chance to see this film yet and if so, is it well paired with your film?

AC: No, but I’m very excited to see this film and like… it’s just interesting seeing it paired with other films and in other programs because it’s definitely a difficult film by itself. So I’m interested in a lot of films that can complement it.

SC: You currently have another documentary in development called After Years. Is there anything you can tell us about that?

AC: This new project came about just from all the unanswered questions in The Plastic House, because I felt like this film is about absence and that lead me to think about my parent’s history and where they came from and why there are so many bad habits and survival kind of things we still do in the present that could be traced during the Khmer Rouge genocide. So this current documentary… well, I’m not sure if it’s going to be a documentary or a documentary hybrid again, but it’s going to explore this really complex subject matter.

The Plastic House is screening online as part of MIFF 68 1/2 from August 7 -23. To purchase the film and view the full program, head to 2020.miff.com.au

Thank you for reading! What are your thoughts on The Plastic House? Comment down below!

[…] security concerns with physical exhibition still remain, meaning film festivals such as Fantasia or MIFF (which we have previously covered this year in their online incarnations) and many others worldwide […]

‘True History of the Kelly Gang’: A Subversive...

‘The Year of the Everlasting Storm’ Captures the...