My Explorations of Tubi TV: Part 5 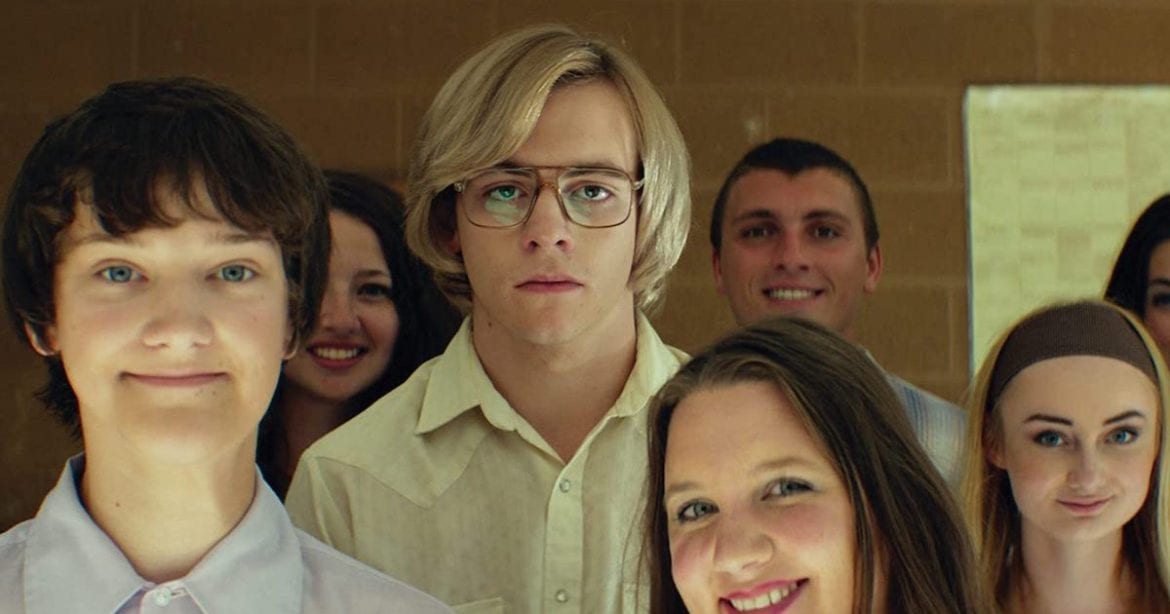 A new month has come, and that means a lot of new movies on Tubi TV! Today, I will start my deep-dive with two of the newest gems to come to the service. I had seen these two movies a long time ago in a movie theater, and now Tubi TV allows me to rewatch them once again. The other two entries, on the other hand, are completely new to me.

What a delight to see this movie again! The title refers to the life of painter Dora Carrington (1893 -1932), simply known as Carrington. The movie focuses on her platonic relationship with writer Lytton Strachey, who happened to be gay. Although Carrington had some lovers, she always returned to Strachey, who remained the man of her life.

But, during a tea party, Strachey becomes ill. Carrington herself doesn’t think much of it until it becomes clear that the writer is suffering from a terminal disease. She takes care of him but, eventually, Strachey dies. It takes some time before the news sinks in, but Carrington eventually can’t escape the heavy loneliness. She must learn to cope with life now that the man of her life is no longer there with her.

Christopher Hampton (Dangerous Liaisons and Atonement) wrote and directed this romantic drama, while Michael Nyman created the hauntingly beautiful soundtrack. Jonathan Pryce and Emma Thompson are the real heroes, however. Emma Thompson is still the only woman to receive an Oscar both for acting and for writing (adapted screenplay). She is an intelligent actress who can tackle both dramas and comedies. And, Pryce finally received his first Oscar nomination this past year for his performance in The Two Popes.

This is one of my favorite horror movies ever. It perfectly combines black humor and horror; it’s wacky and gory, what more do you want? To be honest, Álex de la Iglesia (the director) has, so far, never surpassed this brilliant movie.

The main character is a priest who has found a secret code in the bible which enables him to track down and kill the Antichrist. One setback though: he has to sell his soul to the devil first. He quickly realizes that, for such an undertaking, he will need allies.

And, he actually quickly finds one! He first teams up with José Maria, a Satanist, and a heavy metal fan. The unlikely duo kidnaps a certain Professor Cavan, who is, in reality, a TV host of a program of the occult. When the trio tries to conjure the devil himself, things get really out of hand.

Depending on what region you live in, you can also watch The Bar (one of de la Iglesia’s latest movies) on Netflix. It doesn’t reach the same level, but it’s not that bad.

It’s not every day that you encounter a horror movie with a romantic theme. Yet, this is what the Spanish-Romanian movie Cannibal is all about.

Carlos is a prestigious tailor who lives in Granada. He is respected by everybody, but nobody is aware of his double life. During the night, Carlos hunts women and kills them for his own consumption. A recurring scene in the movie is when Carlos goes to his kitchen, opens his freezer, and takes out a small package of human meat to prepare it. Even his female neighbor isn’t safe from him.

But then he meets the twin sister of the neighbor he has just murdered. The urge to kill and eat seems to be gone. Instead, he falls in love with her and even joins her in her search for the murderer. He is obviously confused and doesn’t know what to do with these feelings at first, but eventually, he gives in.

You would expect such a movie to contain a lot of violence and gore, but this is not the case. The acts of killing and cannibalism are more suggested than actually shown. Instead, the director (Manual Martín Cuenca, also the person behind The Motive) wants to accentuate the psychological aspects of the murderer. That is certainly an interesting point of view, but it’s also where he fails. And that is a big disappointment.

Why did Carlos become a cannibal? Has it got something to do with a woman of his past (like his mother)? Why does he kill one woman and not another? And how can he eventually fall in love? So many questions, and no answers… In other words, the motivation of the killer is lacking. Otherwise, this would have been a great movie. Granted, Antonio de la Torre (the cannibal) does a terrific job, but it cannot save the movie entirely.

An Interesting Biography: My Friend Dahmer (2017)

If you are unacquainted with the name Jeffrey Dahmer, he was a serial killer and rapist, who targetted boys and men. He was active between 1978 and 1991, and now serves a life sentence in prison.

But this movie is not about Jeffrey the serial killer, but Dahmer as a teenager before his spree began. And it is clear that the young man has some odd interests. Like collecting dead animals and dissolving them, a hobby his father quickly ends. Dahmer is also obsessed with a male jogger, whom he observes with a baseball bat in his hand. At home, things are bleak. The marriage of his parents has seen better days and it’s clear that his mother suffers from psychological problems.

At school, he is obviously the odd man out. But things change when a small group of other boys makes him a member of the “Dahmer Fan Club”. The other teenagers basically use him for all kinds of pranks, first at school, later in the outside world. Although he is initially amused, in the end, he drifts away from the club. Finally, when Jeffrey is abandoned by both his parents, he slowly moves towards his first murder.

Although the movie is very interesting, it moves at a glacial pace. And that could be a turn-off. But if you aren’t in a hurry, My Friend Dahmer will certainly intrigue you.