‘Mope’ is Schadenfreudian Fun…Until It Isn’t 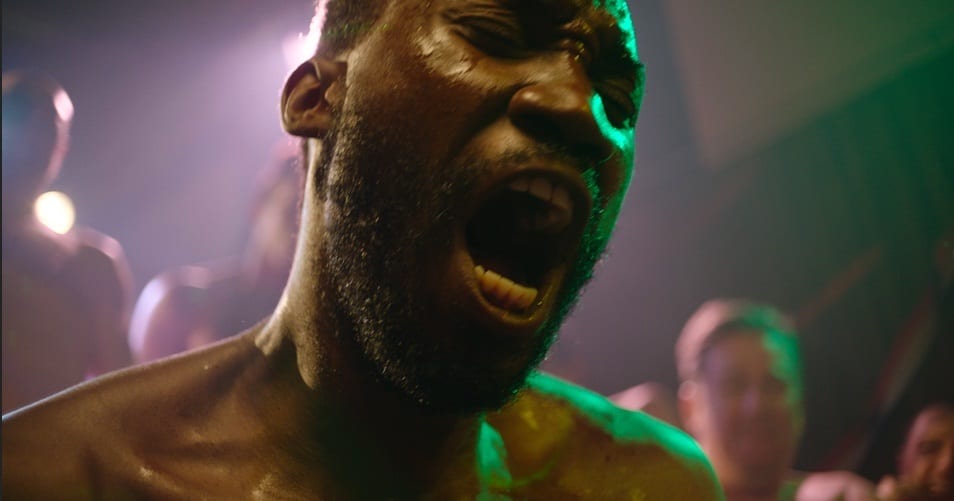 The American dream has destroyed a lot of people. Sometimes one person’s dream comes at the expense of others. Other times, a dream required too many sacrifices, leading to spiritual decay or a short lifespan. But sometimes, a dream is just unreachable for the dreamer. No matter how hard they try, or how much they want it, it’s just not possible. The dreamer just doesn’t have the necessary skills and will be never able to learn them. They’re not smart enough, or they’re too smart for their own good. Something is missing, it can never be filled. I would bet that the pursuit of the American dream has destroyed more lives instead of enriching them.

The American dream has been the subject of countless cinematic dramas. Usually, these are hopeful tales. The message is clear: don’t ever give up, if you try hard enough, the spirit of Americana owes you a satisfactory destiny. In reality, however, those who achieved these impossible dreams were lucky, often privileged from the start. The successful dreamers often promote this fable with “if you work hard enough, you can achieve anything, no matter your low rank on the economic pedestal.” The dreamers need to believe this as the alternative is too much to bear. Nobody wants to believe it has to do with simply luck or privilege, it just wouldn’t be fair. And that’s true — it isn’t fair, but it’s the truth.

Mope is another movie about the pursuit of the American dream, and it’s based on a true story. But if you’re hoping for an inspirational boost to your own ambitions, you shouldn’t watch this. This is about pursuing the wrong dream and how it can lead to tragedy, and even bloodshed. While the ridiculous ineptitude of its central characters does offer some cringe-worthy laughter, it’s ultimately a painful ride to the inevitable real-life conclusion.

The Story of a Couple of Dreamers

Eventually, the pair become employees of a low-level company called Ultima, led by Eric (Brian Huskey). Initially, Eric was only interested in Tom, though not really for his carnal skills. Eric hopes to exploit Tom’s IT skills to improve the presentation of their website, and ultimately gain more profit.

In time, Tom begins to consider Steve’s unwavering enthusiasm less charming and even possibly psychotic. The more Tom learns about his past, the more it dawns on him that he is not someone to follow.

Yet as a viewer, you know this is a portrait of a disturbed individual. And while Steve’s buffoonery is initially the source of dark comedy, of high schadenfreudian levels, it soon becomes increasingly painful to watch.

If you are aware of the true story, as I was, you know the story of Steve Driver and Tom Dong isn’t going to end well. The clues to its horrifying climax are there early on. Hence, while the first half is relatively light, Mope increasingly goes to darker and more disturbing territories. The tension increases and the cringy moments that were initially laughable in the first half are hard to watch in the second half.

Therefore, don’t let the first breezy half fool you, this is a dark, disturbing movie.

Similar to Boogie Nights, none of the sexual scenes are remotely titillating. There’s nothing sexy about these performers or the world they live in. The people who venture in this world are lost souls, trapped by their own inhibitions, either ignorant or running away from some deep seething psychological malady.

It’s not just that women are objectified, they are verbally, physically, and sexually abused. One particularly haunting scene has a woman clearly indicating her discomfort of what’s going on, yet the men are indifferent. All they tell her is to “act”, and when she breaks down to cry, nobody comforts her.

Unlike in Boogie Nights, where we saw some semblance of a family dynamic between these people, Mope shows a world of exploitation. The character of Eric preaches family, but when any one of his Ultima performers seizes to be useful, he has no problem kicking them out of his establishment. The weak and desperate are taken advantage of, all in the guise of this hopeless dream of pleasure.

The Bond Between Boys

What absolutely works, however, is the chemistry between Nathan Stewart-Jarrett and Kelly Sry. Their friendship feels genuine, their bond can be felt on screen. Even though both characters participate in some horrendous acts, their companionship has an innocent feel to it. They are like two boys who found a common passion.

Stewart-Jarret, whom fans will probably know from Misfits, gives an incredibly intimate performance. Even though we are encouraged to laugh at the character, there’s never any indication that Stewart-Jarrett is in on the joke. He’s playing this character completely straight.

Special mention needs to be given to Brian Huskey, whom I knew as the guy from the YouTube miniseries, “If Google Was a Guy”. Huskey’s character can almost be perceived as the antagonist of the film, especially in the way he manipulates Tom Dong.

Even though I initially mentioned Boogie Nights, Mope reminded me of more of the Sean Penn vehicle, The Assassination of Richard Nixon. Similar to that film, it’s based on a true story about a disturbed individual who lashes out violently against the world.

Mope‘s major difference is it seems more comfortable laughing at the insanity of its main character. At times, the film unfortunately also reminded me of Michael Bay’s Pain and Gain, another film based on a gruesome true story that ridiculed its real-life subjects. Similar to Bay’s true-crime flick, Mope is filled with raunchy, sometimes frat-boy humor. Luckily, Mope‘s earnest depiction of how women are treated in this business shows the film is certainly smarter and more heartfelt than Bay’s body-building saga.

In the finale, there’s clearly some empathy for its main character, even after what he’s done, but the effect is rather uneven. There’s too much time spent on ridiculing the main character and not enough time trying to understand him. Mope hints at suppressed homosexuality, bipolar disorder, and narcissism. But we never get an answer. And perhaps, to be fair, there isn’t one. Sometimes there is no answer. Sometimes, when it comes to people like Steve Driver, it’s just sad.

Thank you for reading! What are your thoughts on Mope? Comment down below!

‘The Five Rules of Success’ Is a Trippy...