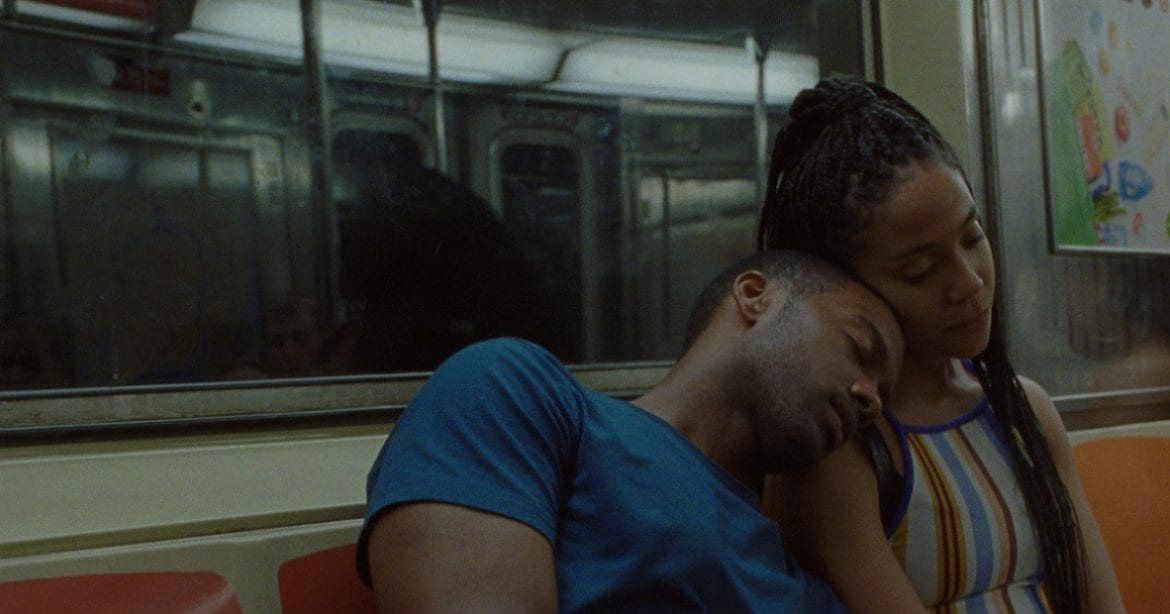 Dating at a young age is like trying to maneuver through a minefield, especially in relationships that go horribly wrong. You still have no idea who you are, and you can almost forget knowing how to treat someone else. You’re young enough where every misstep still feels like the worst thing imaginable, but not old enough to have the self-awareness to fix the situation.

The same goes for Ayanna and Isaiah (played by Zora Howard and Joshua Boone) — the two lead characters in Premature — who meet on one fateful summer night in Harlem. Ayanna, a seventeen-year-old poet, is spending her last months at home before shipping up to Bucknell for college, whereas Isaiah, having dropped out of school, is working on becoming a music producer. Their eyes meet from across the way, only for both to look away with an endearing sense of embarrassment. If you’ve ever watched a romance film, you know such a loving first glance can only lead to a relationship.

The film could have easily been titled “Immature” with both characters learning to adapt to adulthood and thus struggling to convey their emotions to one another as they are hit with many difficulties during their summer fling. Though director Rashaad Ernesto Green captures this troubled relationship from a loving perspective, opting for sympathy above all else.

Much of the first act is fairly standard stuff: guy and girl have their meet-cute, share their first kiss, talk about their passions for art, and later have euphoric sex. Most movies can’t get away with this setup anymore — Premature doesn’t entirely do so either. I let out a large groan during the stock haircutting scene in which Ayanna changes her hairstyle to signify a transformation within her.

There’s plenty of groan-inducing moments to cite, but for Ayanna, this is seemingly the first time she has ever been swept off her feet like this, so the familiarity of it all feels fairly genuine when looking at it from her perspective. The character interactions are emphatically non-Hollywood as well thanks to a clear emphasis on naturalism and improvisation over something you would see in any studio romance. The banter between Ayanna and Isaiah rarely comes across as rehearsed — one gets the sense Zora Howard and Joshua Boone took their characters and ran with them.

Much of the banality at the beginning of Premature makes much more sense once the film settles in with the two leads and their relationship in its second act. At first, Green’s direction and styling aren’t overbearing, but they’re clearly present as he lovingly shoots his stars with a fluid camera. Although an unfortunate byproduct is some of the sex scenes have a clear male gaze towards Ayanna.

The tenderness quickly disappears as the romance cools, however. The overly warm, inviting sensations of the emotions, interactions, and plot mechanics give way to coldness as hardship hits. There’s a clear contrast between the first sex scene and a later one — Green opts for a locked-off shot, no score, and a slightly dimmed palette which is distinctly less sexy and hints at the waning passion. Green creates a very clear delineation between the honeymoon phase of a relationship — which is full of unbridled bliss — and the harsh realities that come quickly after.

A True Sense of Place

Premature is an example of a team taking a familiar story and adding their personality to it. I’m a sucker for a score with a soft saxophone leading a jazz ensemble — there’s no question it adds to the romance. Green also shot the movie with 16mm film which, when combined with the score, music, and cinematography, turns Premature into the kind of dreamy, sensual film that will have you reaching for your nearest blanket for a good, hard snuggle. The feeling Premature creates is more impressive when considering the hardships Ayanna suffers through (which I will not spoil here).

Premature is still very much a grounded movie, thanks in large part to its setting. Rashaad Ernesto Green has a keen sense of realism as each location feels alive with Ayanna goofing around with her friends or aimlessly roaming with Isaiah. You won’t see decked out but sterile apartments with rent north of $3,000 a month that struggling artists would never be able to afford in real life. (This is one of my least favorite tropes in movies now that I almost collapse every time I see my monthly rent bill.) For all the movie’s faults, it’s always about real people going through real issues. 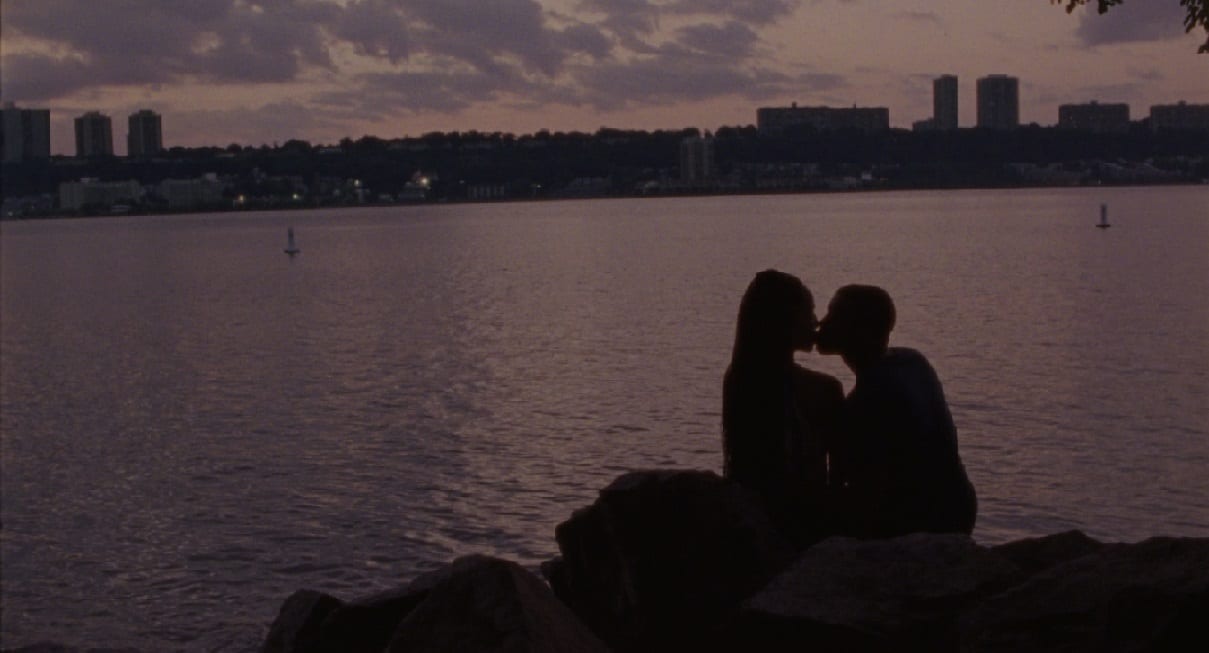 We’ve been down the road of male creatives mishandling female stories far too many times. I still shudder thinking about watching Like a Boss in January and how a male director and multiple male writers pandered horribly to women with shallow appeals to girl power. (Also, in a related note, you had totally forgotten about Like a Boss until this very moment, hadn’t you?) The opposite is true in Premature. Zora Howard is the co-writer of the film alongside Rashaad Ernesto Green. Her imprint is unmistakable as Premature takes special care to identify with her character’s struggles, which become increasingly troubling.

Premature rarely passes judgment on its characters. Obviously an effect of a writing team with great sensitivity to all perspectives. A lesser movie would totally demonize Isaiah. But Green and Howard were careful to write Isaiah with nuance. Joshua Boone is also perfect in conveying that Isaiah wants to do good; he just has a lot of growing up to do. When talking about the kind of music he wants to make, he says he hopes to “make magic that engages us beyond time and place.” Yeah, Isaiah’s that kind of guy. We’ve all encountered someone with a similar lack of self-awareness. Fittingly, the screenplay is smart enough to understand that such comments come from youthful inexperience and not arrogance in this case.

Premature has its fair share of issues. It tends to leave a moment before the emotional impact is fully realized, and much of that drama is even undercut by an ending that is far too cute for its own good. But the movie’s saving grace is the special attention made to its lead character. Zora Howard is magnificent as the lead and makes up for many of the film’s flaws with her natural charisma and careful approach to the material she helped to craft. She doesn’t make for the most convincing seventeen-year-old you’ve ever seen, but by the end of the film, you’re totally on board with the character she’s created. For a movie about an intimate portrayal of a maturing woman, you can’t ask for much more.

Thank you for reading! What are your thoughts on Premature? Comment down below!