‘Contagion’ and the Thin Line Between Art and Life 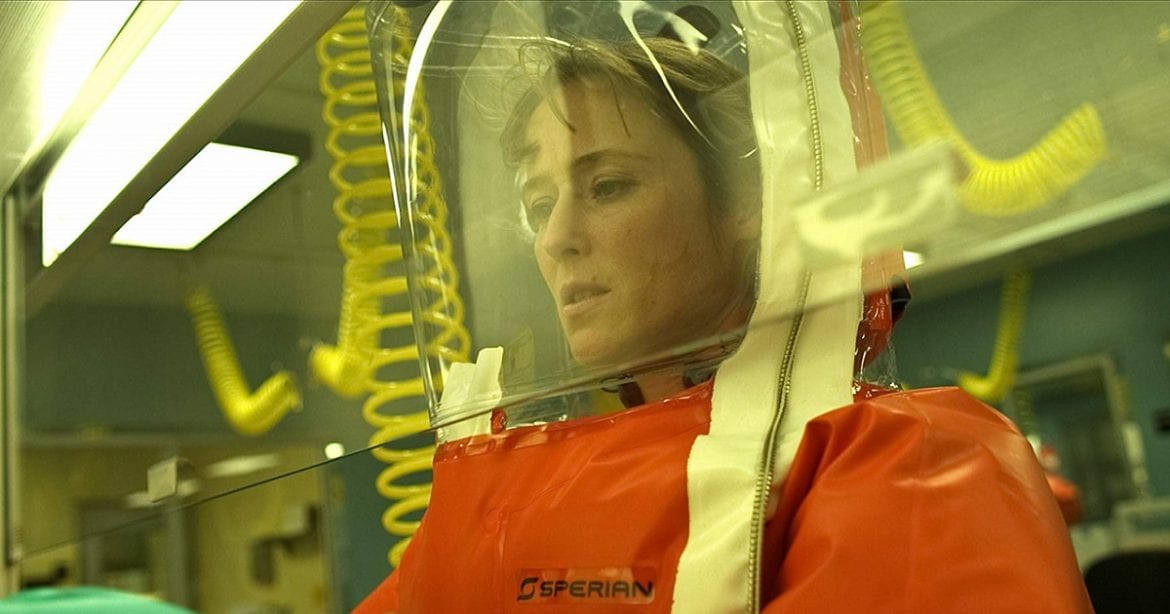 It has been said many times that life imitates art and art imitates life. In 2011, the film Contagion hit theaters. At the time, it was just a movie about a virus that had the capacity to wipe out humanity. Who could have predicted that nearly a decade later, the narrative of this film would hit a little too close to home with the emergence of COVID-19?

The movie starts innocently enough (as they usually do). Beth Emhoff (Gwyneth Paltrow) has just returned from a routine business trip in Asia. But there is nothing routine about her health when she gets off the plane. Beth dies soon after she gets off the plane from what appears to be the flu. Her young son quickly follows her into the grave. The suddenness of their passing and the then-unknown disease (later titled MEV-1) that kills them travels from person to person. As the number of victims begins to grow exponentially, everyday life turns into chaos and it becomes a race against the clock to stop the virus in its tracks.

A Science Fiction Film Based on Real Science

Unlike other science fiction films in which the “science” is questionable, the science in Contagion is startlingly real. Screenwriter Scott Z. Burns consulted with experts to ensure that the scientific facts spouted by the characters were legit. It would have been far easier to skim from the most basic scientific information and then create the fictional virus as he went along with writing the screenplay. In using the scientific fact that has been proved by multiple doctors and scientists, the thriller aspect of the narrative rises to eleven. It becomes a guessing game as to who will live, who will die, and if or when the world within Contagion will return to a state of normalcy.

When it comes to science fiction films which claim to be based on real “science”, some films are more science fiction than science fact. Other natural disaster films such as The Day After Tomorrow (2004), 2012 (2009), and Armageddon (1998) are entertaining. But are they scientifically accurate? No. If I am, to be honest, Contagion is scarier than other films in the genre, mainly because Burns and director Steven Soderbergh wove in proven science fact into the narrative of a fictional virus.

Every narrative regardless of genre or format has two basic elements: the protagonist and the antagonist. In this film, the protagonists are those who are trying to eliminate MEV-1 and save lives. The antagonist is the virus. An antagonist does not always have to be a large and looming presence within the story. It can be as small and insidious as a virus, but still, have a powerful impact on those that are trying to bring it down.

This, I believe is Contagion’s biggest strength. The fact that the antagonist is unseen only heightens the tension. It’s that unknown quality that keeps the big story question hovering in the air: what exactly is the virus, and what are its origins? It’s akin to the famous shower scene in Pyscho. Near the beginning of the film, when Janet Leigh is killed in the shower, the audience has no clue as to the identity and the motive of the killer. They only see the arm holding the knife, hear her screams, and, finally, see the blood mixing with the water as it goes down the drain. Similarly, Contagion creates the terrifying sensation that any successful horror/thriller contains: at any time and any place, a character can be killed by an unknown source.

The Multi-Line Narrative That Works

For a screenwriter, one of the hardest things to do is to try to balance multiple narratives and not confuse the viewer. In the hands of a skilled writer, he or she can tell the smaller stories and, along the way, weave them together into a larger, cohesive narrative. In the hands of an inexperienced writer, a story with this structure can be complicated, confusing, and turn off the viewer altogether.

Thankfully, Burns has the experience and the ability to craft and maintain an elaborate narrative.  With 11 screenplays (Contagion included) under his belt, he was up to the challenge. In his hands, the individual narratives/characters played by the likes of Matt Damon, Jennifer Ehle, Gwyneth Paltrow, Laurence Fishburne, Jude Law, Kate Winslet, and Marion Cotillard seamlessly blend into one story. Each character is fleshed out and given his or her moment in the spotlight while serving the greater narrative.

Where Does Art End and Life Begin?

Art and life have a curious way of colliding. Without life, art does not exist. Without art, life is boring. When it comes to creating fiction, every story, regardless of how out there it is, has some sort of grounding in life. It is that grounding in real life and real science that give Contagion the extra boost it needs to stand out from the pack. It is also if watched these days, a little too close to home.

Thank you for reading! What are your thoughts on Contagion? Comment down below!

[…] he should be, as Possessor is one of the best horror/science-fiction films of the year, though it’s certainly not for […]

[…] After last week’s The Platform, Netflix continues something of a roll for Spanish releases with David and Àlex Pastor’s The Occupant, a viscerally dark meditation on masculinity and status in an increasingly precarious world. (And that was before COVID-19.) […]

I also pray for those in poor health for healing, provision, and salvation. No judgment.

Contagion is the first film I thought of when COVID came on the scene; actually, I thought of the title Outbreak, but that is beside the point. I hope we do not get to stages that Contagion touched on. Thus far, I’d say we are blessed at the relative level of calm and peace in the world today. Things are being done in the USA to help provide for people, but I’m sorry to see small businesses close and hope that many can reopen later when things normalize, God willing.

‘Annette’: An Unusual Mix of Drama, Comedy and...