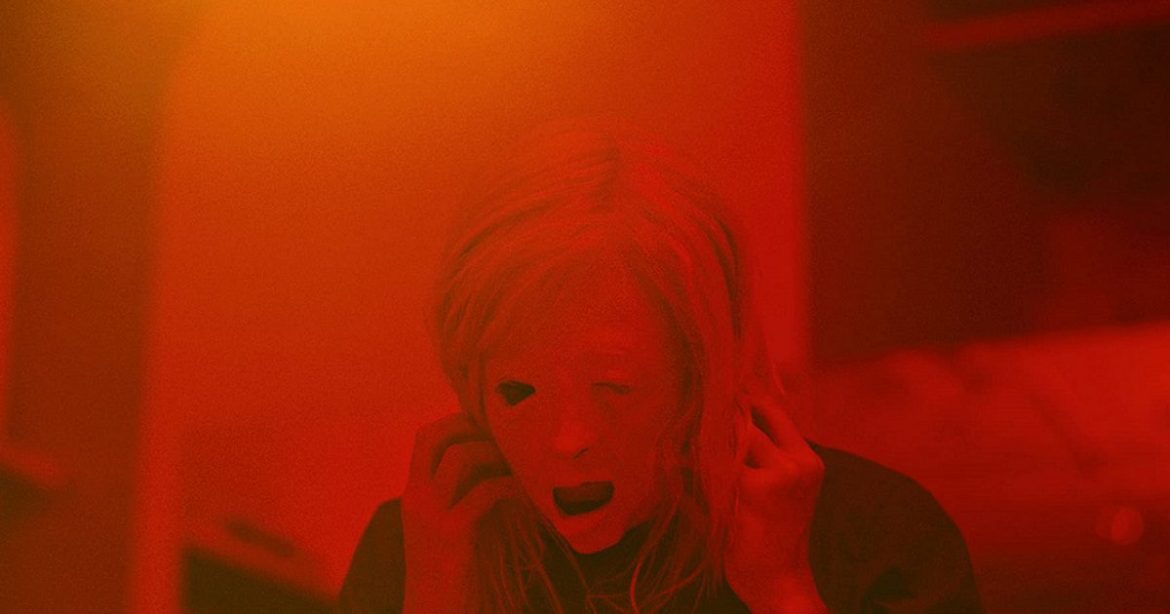 “Cronenbergian” pertains to the twisted works of filmmaker David Cronenberg, specifically his graphic depictions of bodily mutations. A film scholar might take offense at this simplification, referencing his common themes of sexuality, the morphing of modern technology with our daily lives, and humanity’s inability to comprehend reality objectively. But when it comes to popular culture, Cronenberg is largely famous for being one of the originators of “body horror”. People remember him through the glorious head-explosion seen in Scanners, James Woods growing a vagina in his stomach in Videodrome, or Jeff Goldblum transforming into a humanoid housefly in, you guessed it, The Fly. It has even sparked a famous episode of Rick and Morty, where Rick accidentally creates a hideous race of human beings referred to as “Cronenbergs”.

But in the last decade, David’s filmography has been more varied, the genres differ wildly, from Viggo Mortensen starring in crime dramas such as A History of Violence and Eastern Promises to the historical drama, A Dangerous Method, as well as the Hollywood satire, Maps to the Stars. Though there are talks about him adapting his first novel Consumed with Netflix, which might depict some of the sickening imagery he’s been known for in the past, David has gone far beyond the trappings of the body-horror subgenre. The last film of his that fits into this specific subgenre is 1999’s Existenz, probably the best example of the nineties obsession with virtual reality.

But David’s son, Brandon, seems to want to go to his family roots. Starting with his intriguing debut, Antiviral, it seems Brandon has inherited his father’s youthful interest. After nearly eight years, we now have his second film, Possessor, and the early reviews hailed it as a film that should make his father proud.

And he should be, as Possessor is one of the best horror/science-fiction films of the year, though it’s certainly not for everyone.

What the Hell is Going On?

Tasya Vos (Andrea Riseborough) is an assassin under the employ of a secretive corporation that plots their murders by transplanting the mind of an assassin into an unsuspecting host. Basically, the host becomes the unfortunate patsy, and the authorities have no idea that they are puppeteered by shadowy forces. Once the host is liquidated, usually via suicide, the assassin returns back into her body.

After a mission, the assassin is examined for any loss of mental acuity and the possible loss of identity that can transpire after merging with the mind of another human being. After completing one particularly difficult mission, Tasya uses some of her vacation time so she can spend some time with her estranged husband (Rossif Sutherland) — who has no idea what kind of company she works for — and son (Gage Graham-Arbuthnot).

During this short visit, Tasya realizes she doesn’t feel at home there anymore. She quickly contacts her superior, Girder (Jennifer Jason Leigh), that she wants to continue with her next assignment immediately.

The target of this job is John Parse (Sean Bean), the CEO of a company called Zoothroo that seems to spy on people via webcams. The patsy is his son-in-law, Colin Tate (Christopher Abbott), a former cocaine dealer. The plan is to pin the murder on him, making it look like it was a family squabble that went horrifically wrong.

While the initial transplant is successful, Tasya struggles to control her host. It seems as if the consciousness of Colin keeps slipping back in, trying to take back control of his body. What culminates is a bloody struggle for dominance, as well as a series of questions regarding the true nature of Tasya and Colin. 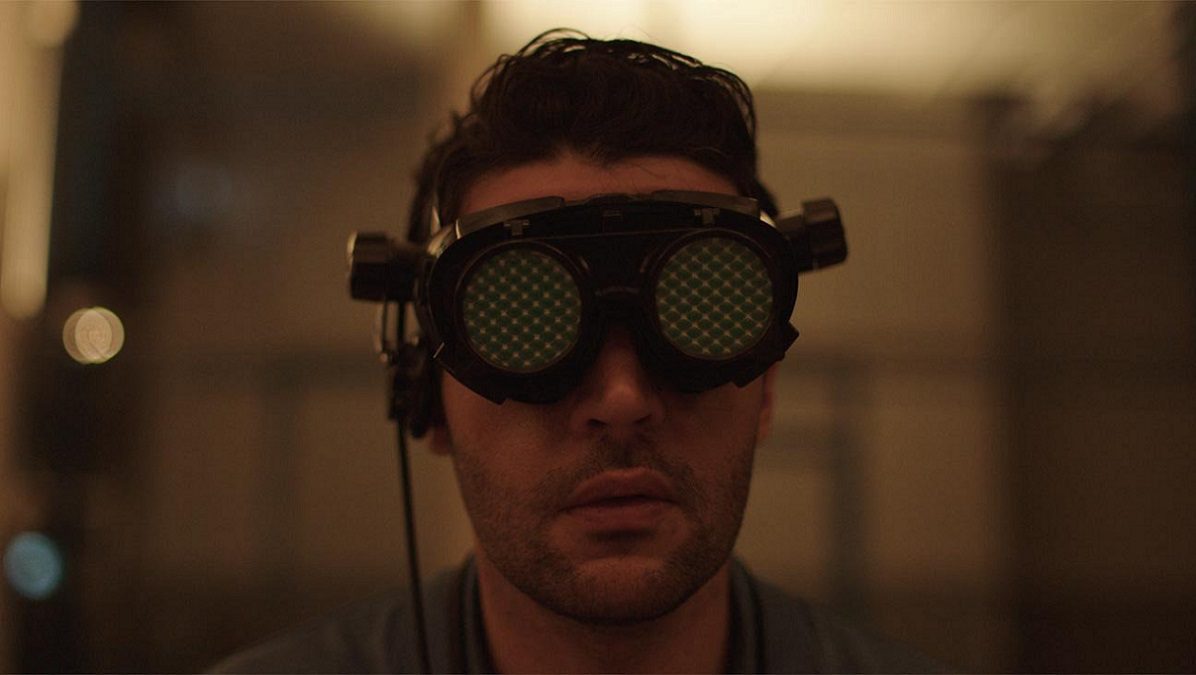 There Will Be Blood

Possessor is likely the most gruesome film you’ll see this year. Every bit of bodily harm is shown in explicit detail, from bullet holes, needles penetrating skulls, beatings, and stabbings. Even an experienced gorehound like me was taken aback by some of the imagery.

One might call the violence excessive, but upon deeper analysis, it might reveal something about the psychology of Tasya. Considering that she loses her own humanity during any of these mind transplants, perhaps this is her way of dealing with the emotional toll. It might be the only thing that makes her feel alive. Even her superior, Girder (played by the always delightful Jennifer Jason Leigh), mentions that one particular murder could have been handled more humanely, but Tasya instead opted for a more brutal method. Needless to say, this film does not kid around. If you’re easily squeamish, be warned.

Besides the visceral bloodshed, Possessor‘s cinematography is gorgeously helmed by Karim Hussain, who also did Brandon Cronenberg’s previous film, Antiviral. The pair collaborated on the development of this film for approximately seven years. If you’re interested in it, my suggestion is to read their interview on nofilmschool.com. I especially loved Brandon’s insistence on using practical effects.

The film also has an abundance of hallucinatory imagery, especially during the mind-transplanting scenes — the highlight being the sequence with the creepy melting mask, which you can see on the poster of the film. All of this is accompanied by a hypnotic score by Jim Williams.

The world of Possessor is a mysterious one. There’s an obvious futuristic quality to the production design, yet its technology has an occasionally retro seventies feel to it. Despite the science-fiction subject, there’s little exposition in the world. We know as much as we should, and then we move on. It’s an hour and nearly forty-five minutes and the narrative feels lean and tight.

This is both a positive and negative. Explaining things in stories is always a hassle in screenplays. If you do it wrong, it can feel hamfisted. At the same time, if you don’t explain enough, you can confuse the audience. The film balances it correctly. Even with the heady material, it shouldn’t be confusing to any viewer who pays even a modicum of attention.

The drawback, however, is that many fascinating aspects of this world are left unexplored. We don’t know where Tasya comes from, what attracted her to this job or what caused her estrangement with her family. We don’t know who Colin really is, besides him being a former drug-dealer and though it’s terrible what happens to them, there’s a part of you that wishes you got to know more about him.

There’s the corporation of Zoothroo, which seems to monitor people by hijacking their webcams. Is this common knowledge in this world, or this considered a criminal act? There are questions regarding the psychological damage assassins like Tasya endure, the motives of her superior Girder. A lot of these questions remain frustratingly unanswered.

At the same time, there’s enough suggested to make up your own mind on many of these questions. There’s enough to think about, even if I wished Possessor would have delved deeper into worldbuilding.

The horror that Colin undergoes is unimaginable. Switching back and forth into the sleeper controlled by Tasya and then into himself, witnessing the aftermath of carnage committed by his own hands, even if he wasn’t the one directing them. There are confusion and doubt about his state of mind. He wonders whether he’s homicidally deranged as if this was something he secretly wanted to do.

Abbott switches from the “normal Colin” to “possessed Colin” effortlessly. There’s just a little more feminity to his mannerisms when Tasya is in control, which results in a fascinating exploration of gender identity.

When it comes to the character of Tasya, we have a character that is undoubtedly a monster, a character who lives through her job and has pushed everything else aside. Yet even with the horrible things she does, there’s a sadness in her eyes. It’s as if she knows she’s lost, but has nowhere else to turn. She has given her soul to his company, it defines her. If she can’t do her job, there’s nothing left for her.

Tasya is brilliantly portrayed by Riseborough, an actress who also starred in one of my favorite films of 2018, Mandy. There’s also a surprisingly depraved arc to her character that you won’t likely see in any mainstream film.

Possessor is not for everyone. It’s grim, humorless, gruesome, and nihilistic. It’s filled with fascinating ideas that will give science-fiction buffs a lot of things to discuss. But if you want some escapism in these turbulent times, Possessor is not it.
But films like this deserve more attention. It’s original, extremely ambitious, and uncompromising. If you have the stomach for it, go and see this right now.

Thank you for reading! What are your thoughts on Possessor? Comment down below!

[…] the worst aspects of The Pale Door are its action and horror elements. Even with the decent gore and make-up effects, all of the action scenes lack that necessary viciousness or […]

[…] film, chaos both having to do with time management and emotions ensue. The director Gabe, played by Christopher Abbott, is mentally abusing his wife, Allison, played by Aubrey Plaza, through the use of mind games that […]