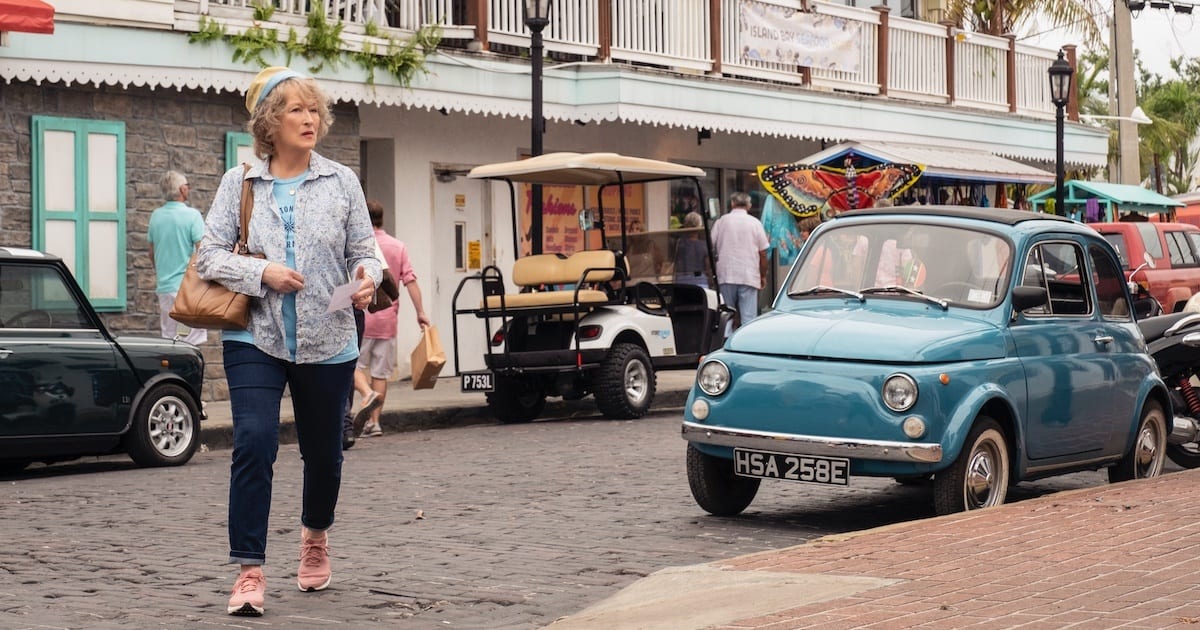 Whichever side of the political spectrum you reside on, the unequal distribution of wealth should concern you. But the solution to this is anything but clearcut. Sometimes it seems that the ultimate answer to this problem is intentionally confusing. As if it’s a secret only the powerful are aware of, made intentionally confusing through their propaganda forces.

Unfortunately, it’s likely not that simple, either. It’s not just a matter of greedy people wanting more for themselves. It’s about a financial system that’s rigged against us. A system not necessarily malevolent, but broken. Its fairness continually chipped away through years of (well-intentioned) deregulation.

Every now and then, we’ve become aware of how unfair everything really is. The 2008 financial crisis was a brutal wake-up call to how fragile the world economy was. The revelations that came afterward should have instigated a revolution, but it never came. People moaned a bit yet things eventually stayed the same after some time.

The infamous Panama Papers, which we saw some insight into how the wealthy elites were laundering money through crooked (but legal) accounting, was just another source for disillusionment. It was probably one of many causes for the eventual popularity of populist politicians. The gist of it might have been simple. But the methods of corruption will likely confound anyone not well-educated about the subject.

This is the subject of Steven Soderbergh’s latest movie, The Laundromat, based on the investigative reporting of Pulitzer-prize winning author, Jake Bernstein. Similar to The Big Short, it tries to explain complex economics through humorous monologues and diatribes. It does so without a political agenda and without sugarcoating the subject. It’s, therefore, an important film. And entertaining to boot.

But even with its good intentions, The Laundromat is an uneven mix of education and entertainment.

Written By: Scott Z. Burns (based on a “Secrecy World: Inside the Panama Papers Investigation of Illicit Money Networks and the Global Elite” by Jake Bernstein)

Mossack Fonseca and Co. is a Panamanian law firm founded by two attorneys, Jürgen Mossack (Gary Oldman) and Ramón Fonseca (Antonio Banderas). (A fun side note: the real-life Mossack and Fonseca sued Netflix, citing “defamation” and hoping to block the film’s release. The suit was quickly dismissed and the film was released as planned.)

Through humorous wall-breaking monologues, both Mossack and Fonseca try to justify their warped ethics, the illicit connections their firm has made worldwide. Vast amounts of money pass through their firm, hidden away in bonds, in the creation of imaginary companies. In layman terms, they help the wealthy elite with tax evasion (or tax “avoidance”, as the lawyers make sure to note). The saddest part of it all is that it’s all pretty much legal.

The morally corrupt financial system causes a ripple effect, affecting lives throughout the world. People are hurt, ruined, and sometimes murdered. Ellen Martin (Meryl Streep), a recent widow due to a boating accident, demands to hold a person, or an entity, accountable for the tragedy. Her pursuit of justice leads her nowhere, however, as she encounters invisible corporations and smarmy lawyers. One question remains constant: will something change or will things always be like this?

One could question the ethics of The Laundromat. One could rightfully call it hypocritical, as this film criticizes the current unfair financial system while also starring performers who make ridiculous amounts of money. (I can see the talking points of extreme pundits coming already.) There’s a definite point to be made here but that doesn’t change the importance of its message. This film is about issues people need to be more aware of.

For large swaths of the movie, we are introduced to different people. From an aging captain, Richard (Robert Patrick), a crooked financial intermediary, Maywood (Matthias Schoenaerts), a Chinese businesswoman, a bigamist, Boncamper (Jeffrey Wright), Gu Kailai (Rosalind Chao) and many more. While we receive enough monologuing intervals from Fossack (Gary Oldman with a wonderfully hammy German accent) and Fonseca (Antonio Banderas), it’s more about how so many people are affected by this corrupt financial system.

The Laundromat goes into surprisingly dark territories. Considering the subject matter, one should expect a little drama eventually, but there’s one particular scene — involving one particularly vicious Chinese police official — that will likely disturb the viewer.

This is not a bad thing. One should only commend Soderbergh and his team for going there, not sugarcoating the horrific reality which this film is introducing us to. Just be forewarned, despite the numerous funny scenes, the film shall likely disturb you. And it’s all the better for it.

Similar to The Big Short, this is probably the most entertaining way to educate yourself about economics. Anyone unfamiliar with this subject will likely learn something in The Laundromat. It will give people a greater understanding of why the content in the Panama Papers leak was so important. The script doesn’t try to dumb anything down. It addresses the various sides of the issue.

It also doesn’t paint Mossack and Fonseca as one-dimensional monsters. It shows us how their eventual disillusionment with the world pushed them into a dog-eat-dog world reality. Beginning to understand that human nature won’t change anyway, so why shouldn’t they have a slice of the pie?

But it’s not hard to feel that the script might want to do too much. The pace moves along briskly and a lot of information is being given to you, but the result is that you barely have time to process it. I suspect that even if this movie was an hour longer, it would struggle in transferring the amount of information to the viewer. This is also why Ken Burns’ documentaries are structured in hour-long episodes. It wants to give the viewer the time to process all the information. I suspect that if this film was structured into a mini-series, the subject matter (and its large cast of characters) would have been given the time it deserved.

Lack of Emotional Investment to its Characters

Meryl Streep’s character is the heart of the narrative. She represents the regular person who discovers that the game is rigged against us, that the American dream is a sham. Streep is wonderful in every scene she’s in — duh.

But she disappears for large parts of the movie, just to introduce different characters, who quickly disappear before you can get attached to them. These characters are sometimes introduced without much context, spouting expository dialogue (often dealing with financial jargon) demanding your attention. This wouldn’t be so bad in a mini-series, in which you could introduce a different storyline every episode, linking them somehow to the Panama Papers scandal. This way, you can be emotionally invested in these characters.

We don’t get a chance to do this in The Laundromat, even as these characters are expertly portrayed by well-known performers. In a few instances, you expect characters to return but they never do. Their story is over, even though you feel like more should be told (especially with Robert Patrick and David Schwimmer’s characters).

None of the film’s subplots get the attention they deserve, especially the one involving Gu Kailai (menacingly portrayed by Rosalind Chao). When her character is introduced, the film suddenly takes a compellingly dark turn, but it’s over before we can really enjoy it.

This is likely the result of many people feeling alienated by this film. It’s complicated and there’s not a lot of characters to invest in. Without many genre pleasures — though it does feature some splendid dark comedy — it wouldn’t be surprising to me that most viewers were bored with this movie.

The Laundromat‘s narrative issues are frustrating, to say the least. On one side, the ambitious scope is commendable. But it would have been better served in a mini-series, in which the characters and subject matter receive proper justice. Even so, more people should see this. More people should be aware of it and its material. You might not understand everything the first time around, but you’ll probably learn something anyway.

I’m afraid, however, that its message will be lost to many viewers. At the end of the film, you should be inspired to open the window and scream:”‘I’m mad as hell and I’m not going to take it anymore!” But since The Laundromat doesn’t dumb itself down with simple genre pleasures, it will likely leave many people cold. Or they will forget its message as soon as they open their Facebook feeds…

Thank you for reading! What are your thoughts on The Laundromat? Comment down below!

'Babyteeth': A Vibrant, Yet Bittersweet and Transgressive Take on the Teen Cancer Dramedy | MovieBabble June 18, 2020 - 4:43 pm

[…] typecast into so many Hollywood villain roles of late (The guy has basically become a late 90s Gary Oldman at this point), it was refreshing to see him in a role where he can show off both his strong […]

Started this but never finished. Now I will.

I liked “Laundromat”, but you’re right. A lot of information delivered too quickly.
I was hooked by Banderas and Oldman’s “chats” with the audience. Initially confused by the abrupt switch to Streep.Totally blown away by the “reveal” at the end.
But, would I watch this movie again or rave about it to friends? No.

‘The Apartment’ Only Gets More Relevant with Age