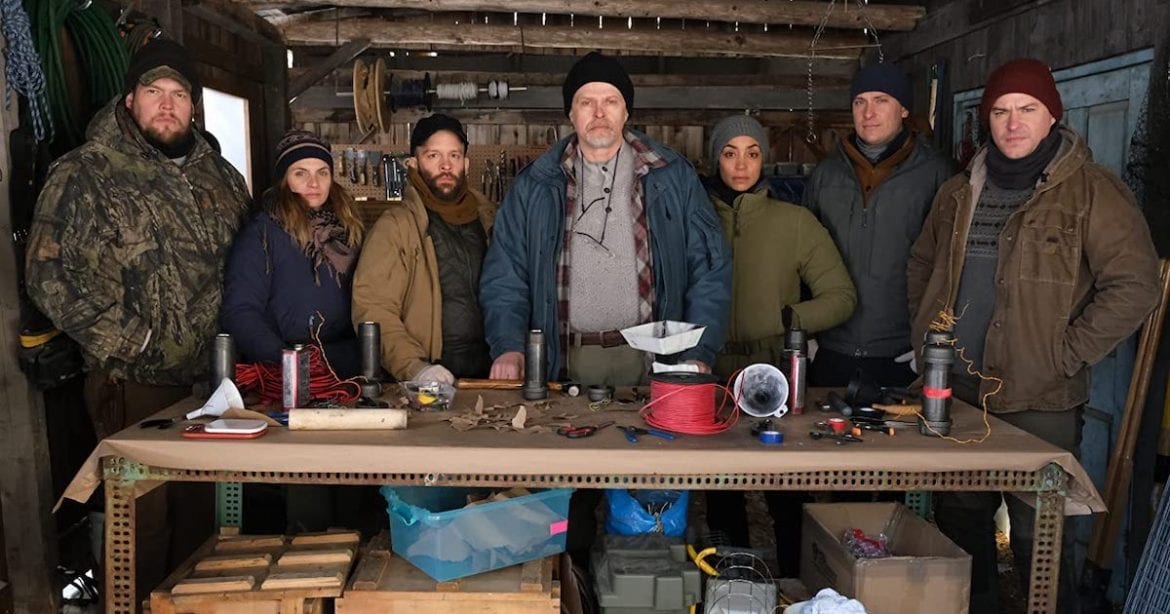 When it comes to Canadian directors, I am almost ashamed to say that I only know two of them. First, there is Denys Arcand whose Les Invasions Barbares deservedly won the Academy Award for Best Foreign Film in 2004. The other one is Jean-Marc Vallée, whose 4th movie C.R.A.Z.Y (2005) is actually one of the most popular Canadian films ever. If his name sounds familiar, it’s probably because you have seen one of these: The Young Victoria (2009), Dallas Buyers Club (2013 — Academy Awards for Matthew McConaughey and Jared Leto) and Wild (2014). And now there is The Decline‘s Patrice Laliberté; but is he ready to follow in the footsteps of Arcand and Vallée?

I wish the answer was yes. The Decline is Laliberté’s first feature film. He has directed a handful of short movies before. You can hardly say that he is inexperienced. Moreover, it’s the first Quebec film, produced as a Netflix movie. And given the formidable reputation of his two predecessors, my expectations were very high! Unfortunately, this thriller doesn’t quite deliver. I even found the first half quite boring. So, what exactly goes wrong in The Decline?

Let’s have a look first at the plot. The movie introduces us to Antoine, who is convinced that some natural disaster is about to happen and therefore trains his wife and daughter to get ready for the worst. He is also obsessed with a YouTube channel about survival training and the conservation of food. It’s actually unclear what Antoine does for a living because he spends most of his time at home behind his computer. Anyway, when the maker of the YouTube channel — a certain Alain — invites him to a training camp, Antoine doesn’t think twice and heads for the Canadian wilderness.

The first half of the movie has a quite casual atmosphere. A handful of people join Antoine at the camp. And then, I actually felt like I was observing an adult version of boy scouts. The participants shoot guns, learn a lot about boobytraps and sit around campfires in the freezing evening. And then, very unexpectedly, an accident happens… Sadly, it claims the life of one of the participants. In a matter of minutes, the group becomes very divided and confused. Are they going to contact the police or not? What consequences does each choice entail? And, what to do about the body?

Then Alain decides to take matters in his own hands. This is the moment that the movie changes tone completely and finally becomes the thriller we had been waiting for almost 45 minutes. The quarrel between the participants and their leader soon gets out of hand and ‘declines’ into a fight for survival. Of course, it becomes clear that some of the characters are better equipped for this survival of the strongest than others. And that’s the moment that you realize that you actually don’t care about who survives and who doesn’t…

Who is to blame? For me, the heart of the movie — and also the reason whether I like it or not — is the screenplay. Everything else — the acting, the soundtrack, the editing, the cinematography and so on — should contribute to this. And this is the problem with The Decline. Let’s face it: the idea is not very original. A small group of people in the middle of nowhere, fighting to survive. Throw in a couple of weird characters like Alain and you have an inferior version of Deliverance. There is also little background information about the goal of this training camp. Or in other words: what drives these people?

Moreover, the rhythm of the movie is way too slow. Laliberté takes way too much time to show the various activities in the camp. Is anyone actually interested in this? I certainly wasn’t, and I happen to be very curious by nature! Anyway, that’s the reason why the first half comes over as really not interesting. Hence, I found the sudden transition to a thriller unconvincing. And that’s not the biggest issue…

You see, we don’t receive a lot of background information about the characters. They come over as superficial, almost as clichés. The result? You can hardly care about their fate and you don’t. And because of the lack of empathy for them, there is no tension in this thriller. The Decline falls completely flat. What a shame! Even the few action sequences cannot save this movie… The soundtrack and the cinematography are okay, but the acting could be better. But maybe, we shouldn’t blame the actors. Maybe they couldn’t perform any better, because of the poorly written screenplay.

It should be clear by now that Laliberté is not Canada’s next wunderkind. At least, not yet. It could be that he underestimated the transition to a long feature film. What he needed for The Decline, was a more original idea. And a far better screenplay! In my opinion, the timing of the movie is also a disaster. But that is, of course, the responsibility of Netflix. Group of people thinking the end of the world is near? Hoarding of food? For me, it all sounds a bit too familiar! I live in Spain, where negative thoughts and hoarding rule. The last thing I need is a thriller reminding me of this.

Thanks for reading! What are your thoughts on The Decline? Comment down below!

[…] This Canadian thriller was recently released on Netflix. If you want to know my opinion about it, read my review on MovieBabble here! […]