Netflix Review – Feminists: What Were They Thinking? (2018) 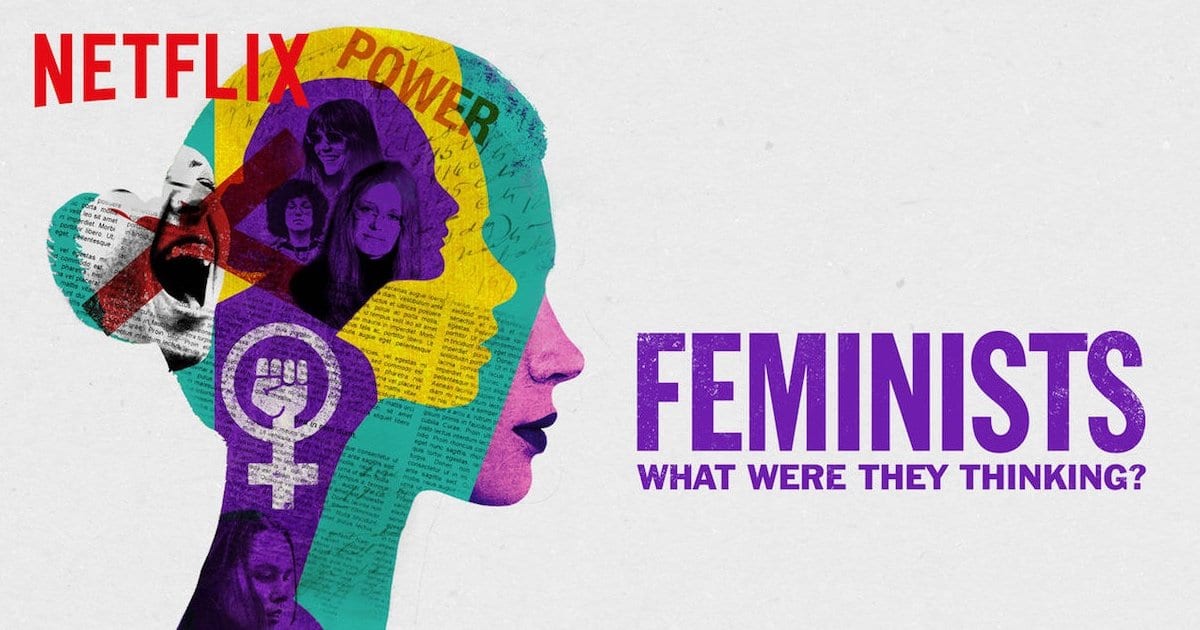 Feminists: What Were They Thinking? Inspires nostalgia as we look ahead anxiously at the future of women’s rights.

Women look back on the 2nd wave feminist movement through photos of themselves. Celebrities like Jane Fonda and Michelle Phillips appear to tell about the times when they rebelled against the cultural restrictions of the time and came into their own. 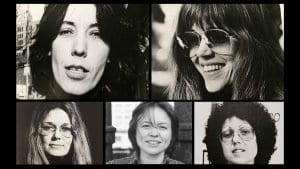 The documentary features a variety of popular celebrities, including Michelle Phillips, Jane Fonda, and Lily Tomlin, mixed with artists and writers; those who lived during the rise of 2nd wave feminism as well as present day activists and artists. The women’s celebrity is played down so we as the audience see the women’s humanity instead of their status.

Look at the photographs from their youth, the women comment on their milestones and personal development. In one intimate moment, Composer Meredith Monk looks at a photo of herself in which she is nude and playing the violin. She doesn’t notice the nudity, instead she muses on the expression on her face as she plays the instrument, noting how in that moment in her life she was beginning to express her inner self through music.

Michelle Phillips, who sang with The Mamas and the Papas with husband John Phillips, tells the story of how her husband took her under her wing then later fired her from the band when he discovered she was having an affair (though she states he was unfaithful as well). She started to gain her independence following this turmoil.

Moments like these that give insight into the minds of 2nd wave feminists make the movement of the ’70s feel relatable. There were stories within the film that I wasn’t familiar with, like those of Michelle Phillips. There were also glimpses into the feminist art world of the ’70s that I had rarely glimpsed at before.

But some might consider the more personal approach lacking persuasiveness in the Trump Era, where feminism is receiving some of its hardest blows.

The Film Merely Skirts Across the History of the Feminist Movement 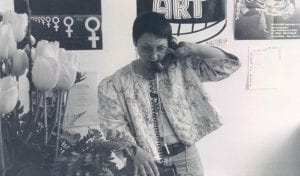 This is not the best documentary to watch if you are looking for a thorough introduction to 2nd wave feminism. The documentary assumes the audience has prior knowledge of the movement as it focuses on snippets of women’s personal lives in that era more than the political activities of women like Gloria Steinem and their conservative antagonists.

Though the film is, of course, intentionally focused on feminism’s past, I would have liked to see more information about the place of the movement in the modern world. While there are hints of this angle, the film lightly covers so many aspects of feminism and it never has a chance to zero in on the current political relevance of the movement.

What is the Future of Feminism?

As we look through the albums of photos from the 70s with Monk, Fonda, and Phillips, there’s a sense of nostalgia but also a kind of melancholic ambiance. In an age where men accused of sexual assault, like Brett Kavanaugh and Donald Trump, can be rewarded with power, the feminist efforts to challenge the alt-right have proven somewhat innocuous. Even worse, in August, 2018, the Independent reported that more than half of millennial women do not identify as feminist. It’s these points that this documentary doesn’t fully address. The film shows clips of women from the women’s march, but it doesn’t speculate on how the movement will continue to adapt.

Demetrakas’ film doesn’t respond address the fact that we’re living in unorthodox times, and maybe the spirit of the feminist past isn’t enough to motivate us as we move forward. Instead, the film exposes us to what we’ve come to expect from the feminist movement: postmodern art that challenges traditional gender norms and narratives from various outspoken feminists like Jane Fonda.

To the non-feminist, this documentary might seem unconvincing and come across as the type of material we’ve seen before. While it’s all right to speak to an audience who are already on board with feminist ideals, I wonder if that’s really the type of film we need in this day and age.

Swaying the Opinion of the Other Side 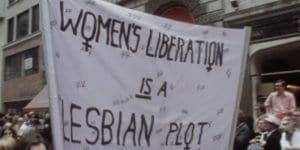 One of the biggest challenges for activists is changing minds that are rigidly set on certain viewpoints. Gloria Steinem and Betty Friedan were tasked with having to convince traditional thinkers that nearly everything we previously thought about gender was wrong. Feminism seems to be taking a slightly different turn, which Demetrakas’ documentary may exemplify. Instead of talking to the other side, it’s speaking almost exclusively, and perhaps pointlessly, to its supporters.

While the film has its insightful moments, there is nothing new presented for the already ardent feminist to mull over, and nothing persuasive to the non-feminist. In the future, I’m hoping we see more feminist rhetoric that tries to win over the opposition.

Thanks for reading! What are your thoughts on Feminists: What Were They Thinking? Leave a comment below!