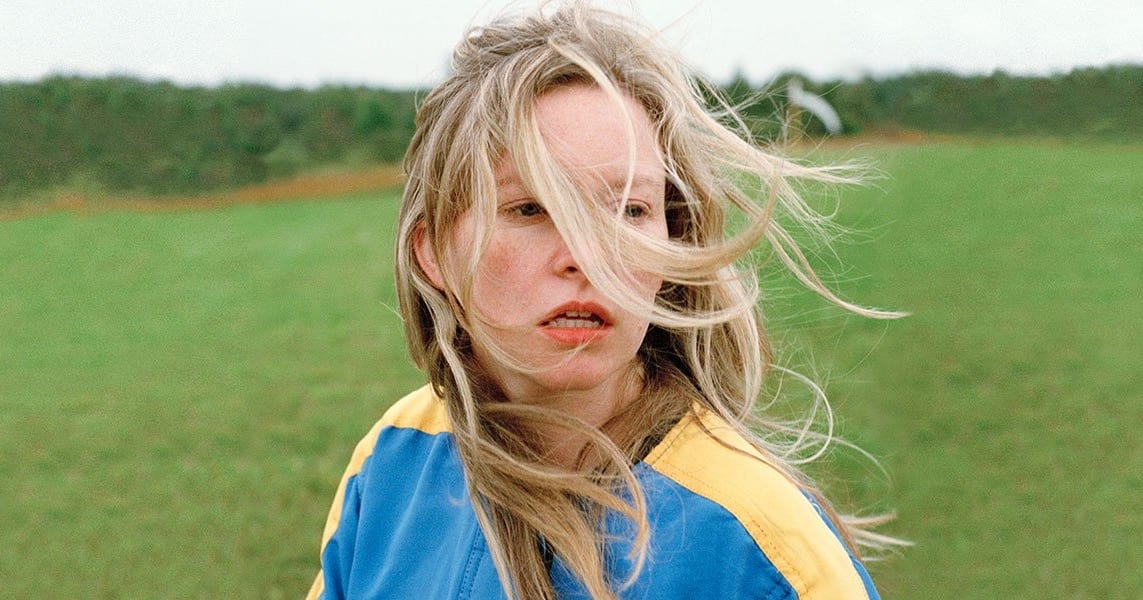 There’s something about micro-budget, social realist, mumblecore adjacent independent films with an emphasis on naturalism and a kind empathy for deeply flawed and troubled characters that feels so invigorating. Canadian director, Kazik Radwanski’s deeply uncomfortable yet enthralling character study of an anxiety-riddled childcare worker on the path to turn her life around fits said category perfectly, making Anne at 13,000 ft an unmissable film for MIFF 2020.

Deragh Campbell plays the titular Anne as the film navigates through her complicated life and the overwhelming pressures that surround her. She loves her job in childcare and has a strong connection with the kids, but is alienated by the other workers that see Anne’s methods and her erratic impulses as questionable and irresponsible. Outside of work, her social anxieties and troubled relationships (whether it be her overbearing mother, a parent of one of her students, or her schlubby yet charming new boyfriend Matt) leave her predisposed to self-destructive behavior. But after going skydiving for her co-worker and best friend Sarah’s bachelorette party, everything becomes clear for Anne. For the first time in her life, she feels free from the shackles of her pressures and anxieties. An inspired Anne begins a journey of self-improvement with her life back on solid ground, as she works up the courage to take control of her life and do her first solo skydive.

For a film with at such a high altitude, what’s most effective about Anne at 13,000 ft is how grounded and down to Earth it is. Though Anne’s solo skydive is her ultimate goal, skydiving is scarcely discussed, very few scenes of Anne’s preparation are shown and the dives themselves only bookend the film. The focus is not on the skydive, but on Anne and her proverbial free fall. Adopting a vérité style with a documentary texture, handheld camerawork, intense close-ups and a healthy amount of improvisation, Anne at 13,000 ft is a beautiful marriage of the social realist sensibilities of the Dardennes brothers and the raw, internalized character drama of John Cassavetes, along with the unbridled empathy that is the soul of both filmmaker’s works.

Deragh Campbell is fantastic as Anne. She brings so much life and humanity to a character that could very easily have been distant and apathetic. My own experience of living on the autism spectrum made Anne’s struggle to function in the adult world incredibly sympathetic and her poor social skills made many of her actions and emotions so painfully relatable. And with Anne’s disorder left unspecified and ambiguous, it was hard for me not to project myself onto Anne and see her as an undiagnosed case of Asperger’s.

Anne has a supreme lack of social awareness and makes ‘jokes’ that are at the expense of the people around her, like throwing a coffee cup at a co-worker to show her it’s empty, dangling a string over a fake fireplace or arriving to her mother’s house unannounced with her new boyfriend without telling either of them what’s happening. However, she has these heartbreakingly earnest and introspective moments like in her Maid of Honor speech where talking about how Sarah helped her feel welcome in her job quickly turns into Anne questioning her own capabilities and self-worth. Portraying this impulsive character that can turn from meek and timid to chaotic and boisterous in an instant is a hard task for any actor, but Campbell nails it.

With many fantastic films programmed for MIFF 2020, Anne at 13,000 ft is one audiences should dive into headfirst. Radwanski’s naturalistic and emotionally charged character study is flowing with empathy made with such care and respect. Some might find the resolution rather abrupt or anti-climactic, but it’s a fitting conclusion for a character that must take a daring leap of faith.

Anne at 13,000 ft is screening online as part of MIFF 68 1/2 from August 7-23. The film is available to purchase individually and as part of the World Cinema 10 Pack Bundle. To buy tickets and view the full online program, head to 2020.miff.com.au.

Thank you for reading! What are your thoughts Anne at 13,000 ft? Comment down below!