‘Lake Of Death’ is a Little Too Old Fashioned 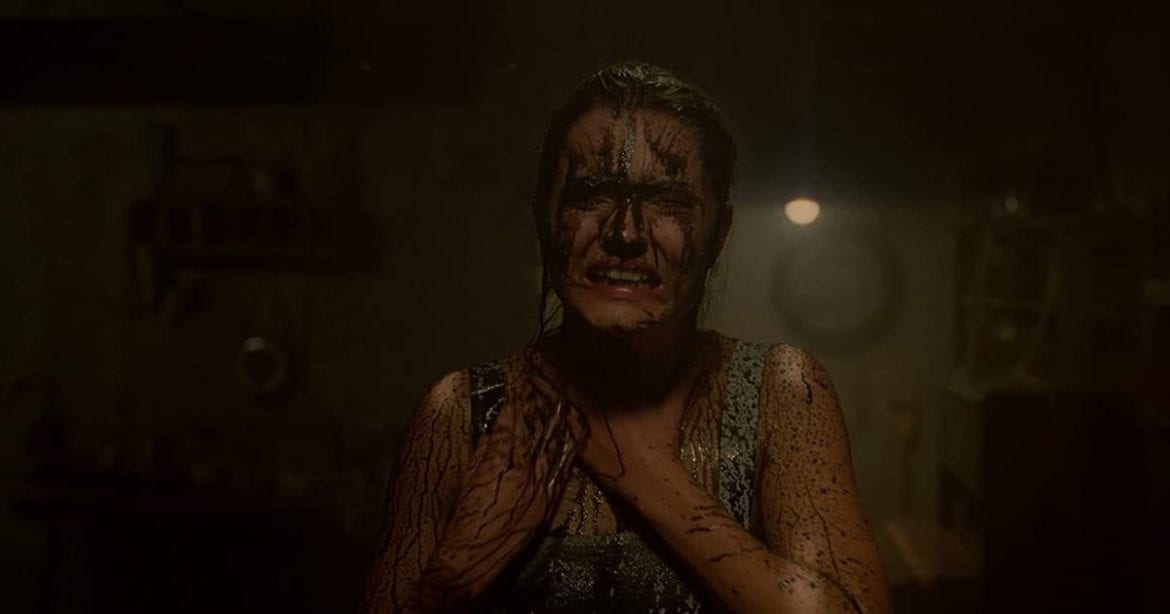 For a country with a population of only five million people, Norway punches above its weight in the world of scary movies. Maybe it’s the unfathomable depths of the fjords, maybe it’s the long dark winters, or maybe it’s the trauma of eating lutefisk, but the Norwegians understand horror. Will Lake Of Death create its own cult following like many Norwegian properties to come before, such as Troll Hunter, Dead Snow, or Rare Exports?

On the anniversary of her twin brother’s death, Lillian (Iben Akerlie) and her friends travel back to the remote cabin by the lake where he died. Unsettling things then begin to happen. Is the cabin haunted? Is the lake haunted? Are they being stalked by Jasøn Vøørhees?

There’s an old Eddie Izzard stand up routine where he talks about the clichés of horror movies. “Let’s go camping in the forest of death and blood.”

…”Woah, woah, woah, is there a story behind that name?”

“Why yes, everyone that goes there dies of death and blood apparently.”

“Oh look, something’s moving in the forest about eight miles away. I’ll go and check.”

Sadly, it does rather fit Lake of Death a bit too well.

Before Scream took horror in a self-referential direction, a LOT of horror was dumb teens getting murdered because they thought splitting up and going into the basement was a solid plan for avoiding death by axe murderer. In 1958, when the Norwegian film Lake Of The Dead was released, that sort of thing was still new and exciting. Heavily inspired by that movie, Lake Of Death unfortunately has far too many moments that just won’t fly in a film in 2020.

The setup for the film is more concerned with lining up kills than making sense. It seems unlikely that anyone would think visiting the site of such an awful trauma would help a bereaved person. Although, in the friends’ defense, the location is beautiful. Summer in Norway looks almost designed for Instagram. Even in twilight with the added ‘spooky’ mist. So, it’s an easy sell for a holiday in that sort of location, but that exact lake of death? A throwaway “it’s a bit John Carpenter around here” line might have helped. The film clings faithfully to the old school style though, where drugs or pre-marital sex get swift and bloody retribution. (At least nobody says, “I’ll be right back”.)

In the film’s defense, it does offer a good atmosphere and director Nini Bull Robsahm has a solid grasp on setting up a good jump scare. Everything from a technical perspective is well done. The score is atmospheric, the cinematography is crisp, and you do always have a clear sense of what’s happening, even in the moonlit night. Sadly, the human element that makes you care about the characters and really want them to make it to the end is lacking. The cast does their best with the material they’re given, but they aren’t given enough to make them anything other than “Lillian’s friends”. And if you can’t remember a guy or girl’s name, it doesn’t really affect you too much when they wind up with an axe in them.

For the prosecution case, Lake of Death never really decides whether it’s a supernatural horror or a slasher flick, and in wanting to have its cake and eat it, it falls between two stools. (Hey, if the movie is going to lean on clichés I don’t see why I can’t too.) If an attacker can get stabbed and it stops them in their tracks, they can’t also be a ghost. That’s not how these things work.

The group of friends is not nearly sufficiently concerned with staying alive. Things escalate enough to suggest that getting the hell out of Dodge is a smart move but it takes a while after that before they can’t leave easily. Not to harp on the cliché thing, but at one point they find one of those “tattered old books filled with the ramblings of a crazy person” in the basement. Which they mention descends into a weird language and they start reading it.

The cast does their best with the material, but anyone with a passing interest in horror has seen most of this before. Given that it’s streaming on Shudder, the horror streaming service, that should be one hundred percent of the target audience, unfortunately. If you’re after a bit of old school horror nostalgia, Lake of Death does deliver that, but there are a lot of better new movies on the platform.

Thank you for reading! What are your thoughts on Lake of Death? Comment down below!

[…] (Gabriel Nicholson) leads a lonely existence in a cabin, situated in a vast forest, far away from civilization. He keeps himself busy by checking the feed of a deer cam. […]