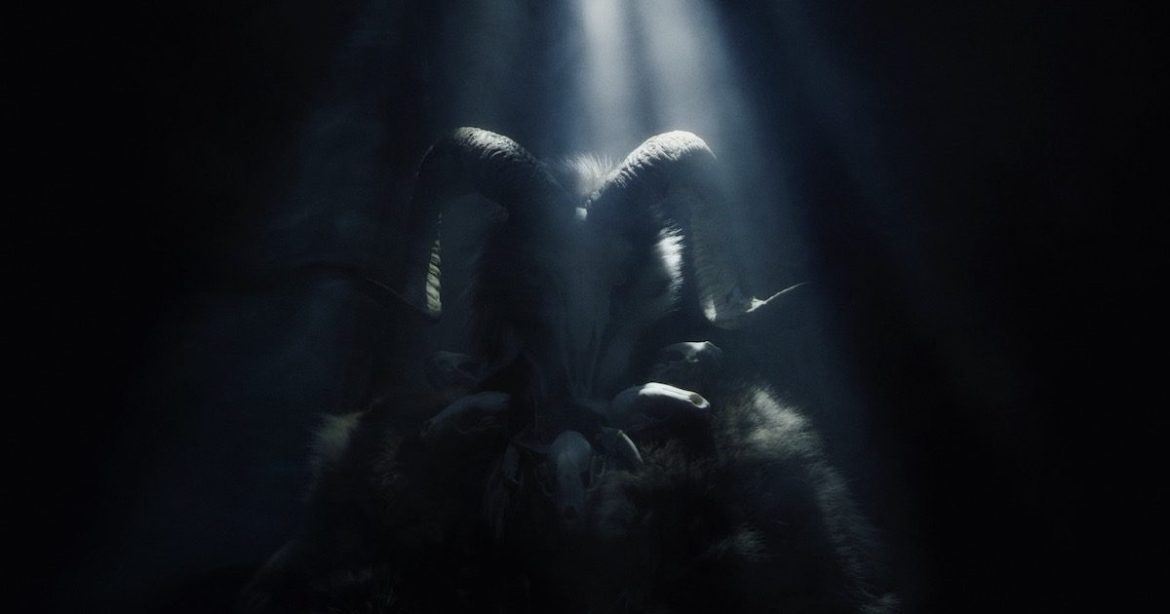 It has almost been a year since I started writing for MovieBabble, and maybe you have noticed a certain trend in my choice of films. I have a soft spot for horror movies. Well, maybe I should be more honest: I have a HUGE soft spot for them. I can’t help it. When I explore a new streaming service, for example, the first category that immediately draws my attention is… horror!

Naturally, horror comes in all shapes and sizes, but when a film can’t rely on blood, gore, and violence, the screenplay becomes very important. Instead of scare jumps or shocking content, it needs to rely on a creepy atmosphere. This kind of ambiance is where Sator excels.

Adam (Gabriel Nicholson) leads a lonely existence in a cabin, situated in a vast forest, far away from civilization. He keeps himself busy by checking the feed of a deer cam. Occasionally, his brother Pete (Michael Daniel) comes to check on him. Adam similarly visits the rest of the family; early on, we see he has a close bond with his grandmother (June Peterson, referred to as ‘Nani’). But it’s a broken family, where certain members also struggle with mental health problems. In flashbacks, we see how Adam and Pete’s mother behaves almost as if she is possessed. On top of it all, Nani’s memory is quickly declining.

But Nani seems to have a special gift. She receives messages from a supernatural being called “Sator”. For many years, she has been writing down these communications. Nani refers to this Sator as a kind of teacher. Adam becomes more and more intrigued by this supernatural being, but when he investigates the matter, he soon realizes Sator is a malevolent creature. A being that wants to possess his entire family.

Sator is a slow-burner; it takes its time to unravel the mysteries surrounding its titular character. It’s a kind of minimalistic horror in which sound design plays an important role. Every sound evokes an uneasy atmosphere. It’s the soft voice of the grandmother reading the messages from Sator; the screeching of birds; the barking and whimpering of Adam’s dog disappearing in the night. Heck, even the wind in the trees makes you afraid.

It’s not often that sound plays such an important role in a movie. Alongside it is the cinematography, which does quite a bit in enhancing the fearful mood. Sator is literally and figuratively a dark movie. Director Jordan Graham mostly works with a very limited and somber palette. The majority of the film is shot in grey, brown, blue, and dark green colors, which also applies to scenes that take place in Adam’s cabin. It’s so dark in there that you can hardly distinguish any features. The only scenes where light is used is when Adam is with his grandmother.

Two astonishing facts make Sator even more brilliant. Graham had to work with a very limited budget. Apart from directing, he ended up producing, editing, writing, and composing the soundtrack. More frighteningly, the movie is based on true events. Graham had a close relationship with his own grandmother too, and she regularly communicated with an invisible entity known as Sator. Unfortunately, dementia took her life, and the only thing she could remember at the end was this mysterious being.

It’s unquestionably a tragedy, but at least Graham could count on an excellent cast to do justice to this story. The majority of them have worked with Graham before on his 2012 film Specter. I have no idea what Jordan Graham is up to next, but this cast will lead him to success if they continue to collaborate.

Sator will not be everybody’s bag. It has a methodical pace; likewise, those looking for blood and gore will be disappointed as well. But when you want to see a different kind of horror movie, then Sator will be a very rewarding watching (and listening) experience.

Thanks for reading! What are your thoughts on Sator? Comment down below!