Amid massive superhero blockbusters and trippy science fiction films that have released recently is a comedy that brings the art of gamesmanship to a whole new level.  With the help of comedy regulars like Jason Bateman and a few newcomers, Game Night has the chance to become a new fan favorite.  The following review will be spoiler free. 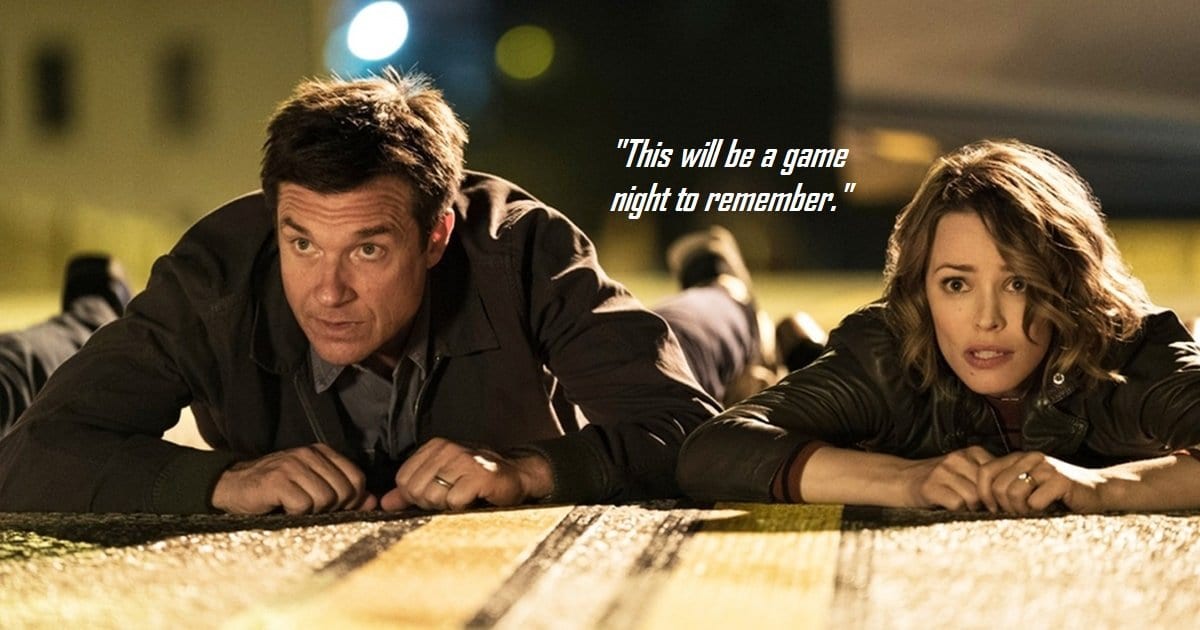 Max and Annie (Bateman and McAdams) are two competitive individuals that express their inner aggression through games.  Whether it be Monopoly, Pac-Man, or charades, they always want to win.  To let off a little steam, they host a game night at their home every week for a few friends.

But, their arrangements are cast aside when Max’s brother Brooks (Chandler) comes back into town and offers to host game night.  Brooks looks to up the ante at every turn, turning game night into a murder mystery party.  There’s just one problem: real kidnappers hi-jack the party and take Brooks with them — and everyone else still thinks it’s fake.  With limited information to the real issue at hand, each of the members of the party head into the night with their guns blazing — both literally and figuratively.

While each film has some level of intrigue in itself, many fans look at certain films as an audition for creative minds as they continue to ascend in the ranks of Hollywood.  For directors John Francis Daley and Jonathan M. Goldstein, many comic book fans are interested to see how Game Night performs as the duo has been announced as the newest directors of the upcoming Flashpoint movie.  As I write this review, no official agreements have been reached (and with the amount of directors that have been attached to direct the movie, no one should get ahead of themselves), but it is still worthwhile to see how these two progress in their careers.

To put it bluntly, the directing duo still need to prove themselves with their two main credits coming as the directors of the Vacation reboot starring Ed Helms and as two of the six writers of Spider-Man: Homecoming.

Many R-rated comedies these days rely on cheap, raunchy humor as their calling card, failing to add any cinematic flair.  Most of these films are overlit, looking like a circa-1998 television show.

Directors John Francis Daley and Jonathan M. Goldstein skirt passed these problems, giving Game Night a signature style and look.  There’s a noticeable grungy, dirty feel to Game Night as the evening descends further into crime and debauchery.  With a synth score that evokes a similar feel to 2017’s Good Time in some instances, the audience is enveloped in a serious drone that adds a shocking amount of depth to some scenes.  This movie has an edge to it, becoming one of the more cinematic-feeling comedies to come around recently — adding atmosphere on top of a very funny script and premise.

The directing duo also shows some serious style with the camera, editing sequences together to make them feel like one continuous shot and creating some rather impressive action sequences where fighters use their surroundings as weapons.  To boil it down to its core, Game Night has a strong sense of effort and intelligence at every turn.  The directors didn’t just point the camera at the actors and yell “be funny!”  There’s obviously improvisation by the actors, but it’s all within a structure that creates the best possible scenario for each person to succeed.

But, in the middle of a gross undercurrent of the city are some hilarious people doing hilarious things.  The script allows ample opportunity for Jason Bateman and others to deliver his signature snarky retorts at every character, undercutting the drama in a consistently funny fashion.  There’s solid chemistry with the entire cast, allowing jokes to rattle off at a brisk pace.

For a predominant part the movie, the game night crew is broken up into teams as they work through the game that they still think is fake.  In similar scripts, there’s always a group that gets the short end of the stick by receiving a very limited amount of screen time.  However, each group in Game Night has an arc and many memorable sequences.  Not only is it a credit to the actors involved, but juggling this many character is a serious credit to the script itself.  In one way or another, every actor shines.

But, the breakout star of the entire film is unquestionably Billy Magnussen.  You may remember him from his supporting role in Ingrid Goes West as a cocaine-fueled sleazebag.  He brings the same heightened energy to Game Night (with less cocaine) as a guy that never understands social cues but is shockingly smart in many instances.  He contorts his boyish face in whatever way will get him the biggest laugh from the audience.  Magnussen thrives in situational humor, reacting perfectly to whatever is thrown his way.

Any comedy that tries to blend with harder elements has to walk a serious tightrope.  While Game Night is mostly successful, it does become overly convoluted and overwhelmed in its dirtier elements.  To its credit, characters within the movie comment about how insane the plot gets.  The film even plays with its twists and turns with a wink at the audience.  But, there was a tighter story to tell here that would have trimmed some of the less desirable moments off of the movie.

As the characters get deeper into the story, everything becomes less believable and moves away from the more humorous aspects of the story.  The energy of the movie fades deep into the second act, causing everything to drag for a considerable period as a result.

Self-referential and chaotically fun, Game Night is the rare comedy that strays from the usual conventions of R-rated humor to create a film that has its own unique style and brand of comedy.  There’s an element of familiarity to each major part of this story, but there’s a noticeable twist on those conventions that keeps Game Night mostly fresh and innovative.  It might get a little lost in its grungier aspects, but this comedy is definitely a fun time — and a sign that mainstream comedy still has a pulse in a time where most films in the genre have taken a turn for the generic. 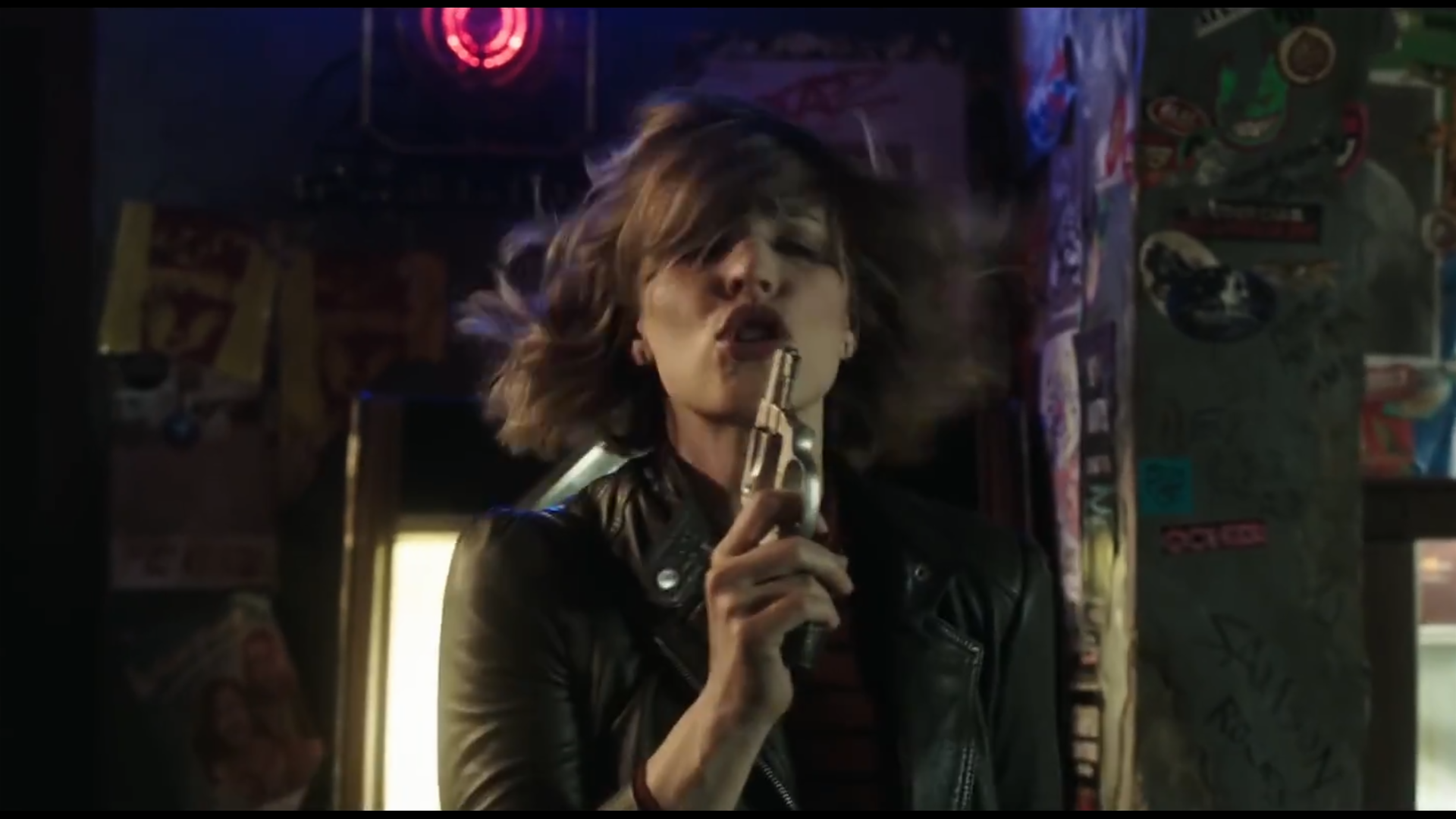 Thanks for reading!  What are your thoughts on Game Night?  Comment down below!

If you enjoyed this article, subscribe to MovieBabble via email to stay up to date on the latest content,

I’d like to suggest a topic. As “Ready Player One” is due out, what about a list of the top ten movies involving computer games? Last Starfighter, War Games, Tron, that sort of thing. Or did you do it and I missed it?

I like it! I’ll take to the staff about someone picking up the topic!

Thanks for the review, I think I’ll check it out with the family over the weekend.