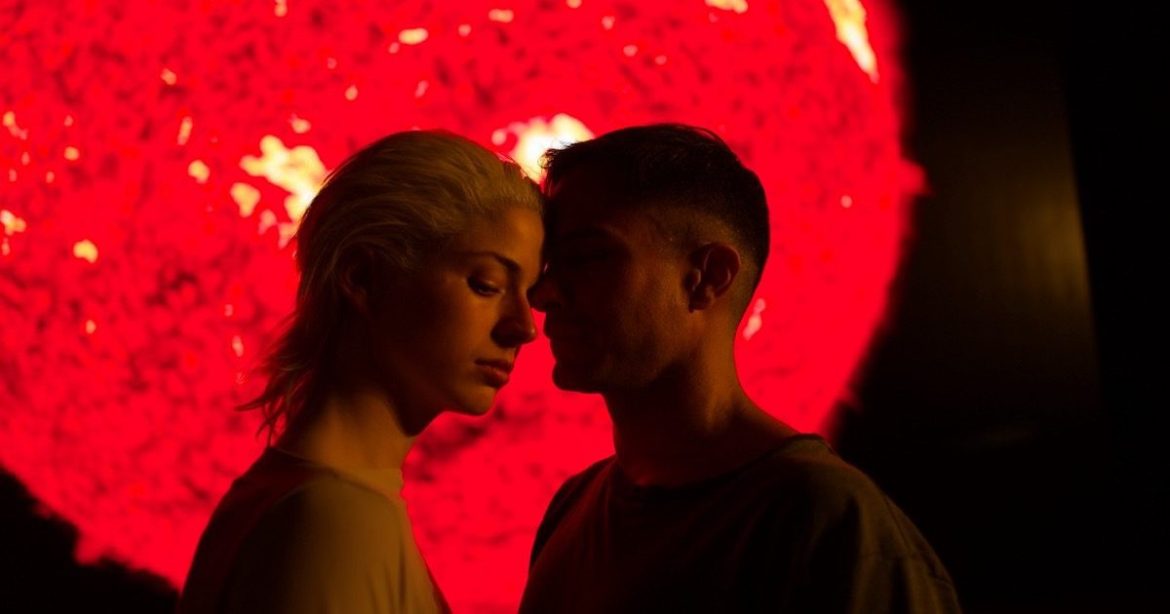 Pablo Larraín begins Ema with an indelible image: fire engulfs a traffic light in the middle of a street, slowly making its way down from the red light to the green light with the titular Ema (Mariana Di Girólamo) looking on, a flamethrower in hand. The film then shifts to a group dance performance in front of a firey sun which shifts between a few stunningly vibrant colors. Equally picturesque and foreboding, these images alert you that what you are about to watch is something seductively dangerous.

Ema’s son Polo also likes fire…far too much, in fact. He burned half of Ema’s sister’s face, forcing Ema to give him back to Child Protective Services. Ever since, Ema and her husband Gastón (Gael García Bernal) have done nothing but bicker, saying downright horrendous things to each other; Gastón calls Ema a monster, Ema constantly reminds Gastón he’s infertile. There’s an intense venom to all their discussions, which seems very odd considering Polo is initially painted as the second coming of Damien — he even put their friend’s cat in the freezer! (Bruh.)

So what’s all this infighting about? What does one want from the other? Are they just crumbling before our eyes? And what the hell is wrong with Polo for him to put a cat in the freezer?!?! You’ll have to wait to get any semblance of answers — Larraín advertently muddles the narrative. You’ll consistently feel like you’re missing something, or that you’re in the middle of a musical fever dream as you struggle to connect all the dots. Which, admittedly makes Ema captivating to watch from start to finish. You’ll watch intently as Ema dances through the streets with her gal pals to reggaeton beats accompanied by Nicolas Jaar’s dreamy score with her slicked back blonde hair, becoming more overtly mischievous by the second, before entirely giving in to her sexual and aggressive desires.

Though Ema may seem like it is just out of your grasp for the majority of its runtime, it’s apparent early on the film is tackling liberation of all kinds. But when the film begins to reveal itself, those themes become achingly shallow, ill-conceived, and pretty silly. Ema then takes the shape of a soapy drama with a few knockout musical sequences. You have to wonder if a female director (or at least a writer) would have been a better fit for this story: for all the technical brilliance Pablo Larraín brings, Ema the character is never quite cracked, even if Mariana Di Girólamo is a very intoxicating presence. Not because Larraín would like to keep her a mystery through the credits, more so that the film continues to shift her motivations and thematic underpinnings. Knowing where the film ends up, the circuitous journey to get there just doesn’t seem worth it.

Thank you for reading! What are your thoughts on Ema? Comment down below!

I enjoyed visiting your blog. Thanks for sharing. :p

Kinda sorta! Pablo Larrain is super talented, but the movie is thematically all over the place. When you think about it, it’s really more in line with a trashy thriller than anything super high-minded.