‘Misbehaviour’: Too Little, Too Late 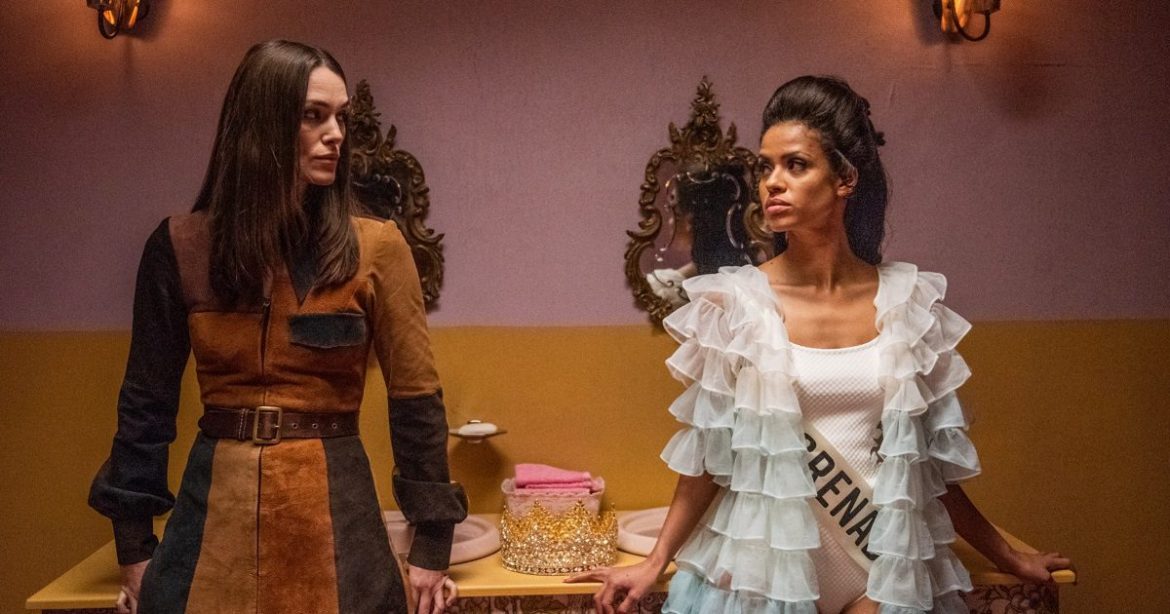 People love to write movies about big, important events. I get it. World War II was important, we have a lot of World War II movies. Queen was important, so we got Bohemian Rhapsody. The Trojan War mattered, so we got the hottest Brad Pitt ever in Troy. This makes sense. What doesn’t make sense is when a film about a really important event delivers absolutely no meaningful stakes. Misbehaviour, unfortunately, falls into this category. Chronicling the Women’s Liberation Movement protest at the Miss World 1970 competition in London, Misbehaviour follows different key players. The Miss World contestants, the feminist movement members, the media, all play a big role.

So, with so many interesting characters to follow, why do I not care for any of them? I kept waiting for the big deal to be revealed. This protest was important, the cause was important, the people impacted and involved were important. So, why didn’t I really care? Misbehaviour champions itself as a tale of feminism triumphing. However, it’s so focused on the narrative of the white, British women’s movement that it loses sight of the intersectional feminism that is so important in the year 2020. What should be a film about an easy-to-root-for underdog turns into a preachy after-school special about white women’s rights.

The Real Events and the Disconnect

The story itself that Misbehaviour is based on is engaging enough. During Miss World 1970, a popular beauty pageant, two big things happened. A black woman, Jennifer Hosten (Gugu Mbatha-Raw) of Grenada, won the pageant for the first time, and Women’s Liberation activists, including Sally Alexander (Keira Knightley), interrupted the event with protests. Misbehaviour stays loyal to the events as far as I can tell. However, the film fails to connect these two events and the people involved in a meaningful way. I think, ultimately, they failed to do so, because they focus a lot on the host of the event, comedian Bob Hope (Greg Kinnear).

Misbehaviour doesn’t give Kinnear’s Hope significantly more time than Alexander or Hosten, but they spend a lot of time showing his womanizing behavior and sexist tendencies. It makes sense, he acts as a good foil to the feminists. However, and you might notice this to be a theme in this review, there are no stakes with Hope. The audience gets to know him, spends a lot of time with him, and by the end, there is no marked change or escalation of his behavior. He suffers no consequences. Frankly, there are no stakes with anyone, really, but at least Alexander went to jail and Hosten was in a competition. Gaby Chiappe and Rebecca Frayn, the screenwriters, spend so much time building Hope’s character, and for what? For him to hug his wife and be reassured that everything is fine at the end? Nothing happens to him!

I wish, truly, the Bob Hope stuff was all scratched and the writers focused on Sally Alexander and Jennifer Hosten only. They have differing, although parallel goals. Alexander wants equality for all women, and for women not to be judged on their beauty, rather their ability. Hosten wants to create opportunity and act as representation for black girls around the world. Both completely noble goals, and ones that persist throughout the world today. But these characters are flat. I understand that writers have to be respectful of the real people they are representing in adaptations. But you couldn’t have made Alexander a little angrier? You couldn’t have made Hosten a little less secure in herself? It’s not interesting to see seemingly perfect people achieve things. (And, sidenote, I am glad this event happened. I am on both of their teams, here.)

Frankly, I have seen Drunk History sketches with more intrigue and drama than this entire film. At no point is Alexander in any danger of losing her lifestyle, her spot in college, her family, her friends. Not that the movie shows, at least. At no point is Hosten at all worried or upset that she is one of the only black women in the competition, she is completely confident in herself and her ability to win the whole time. That’s great, I would be glad to hear the real people didn’t have these struggles, but it’s a movie! There has to be a moment before the climax that causes the audience to be disappointed or remain invested. There is nothing of the sort to be found here.

Back to my original point, maybe the writers could have fleshed out these characters into actual people instead of two-dimensional historical figures if I didn’t have to see Bob Hope trying to cheat on his wife every ten minutes.

My last qualm that I will pick here is in the final moments, when all the main characters make eye contact with the camera and give a soft smile, with a bit of captioning telling us what the real people went on to do. They all cut to the real people, and I will say, the actors look just like the real people. But, honestly? We’re still using this trick? It’s cheesy, it’s unnecessary, and it creates the illusion of a “happily ever after” when there is no such thing, particularly in regards to feminism.

The casting was brilliant in this movie, and I am so sad these actors didn’t have more to work with. Knightley in particular is a favorite of mine, and has been since she played Guinevere in King Arthur (2004). Knightley absolutely crushes every historical drama she’s in, which is how I know the writing of Alexander was so dull. Mbatha-Raw embodied Hosten with grace, but there was very little to see of Hosten besides her being simultaneously starstruck by London and almost over-confident in her chances at Miss World. I am sure Hosten herself is lovely but I found it hard to empathize with her as a character because she wasn’t offering anything.

Only at the end, when she and Alexander meet, does she talk about the importance of representation as a black woman. That’s a great point, and she’s right! So why did I have to wait until the last fifteen minutes to hear that? I wish I had heard that from the beginning. Kinnear becomes Bob Hope in a really interesting way, and even though his storyline was unnecessary, Kinnear is always a joy to watch. Jessie Buckley as the rabble-rousing Jo Robinson was fun, but again, flat.

Keeley Hawes and Rhys Ifans as Julia and Eric Morley, the owners and producers of Miss World, were dynamic and interesting, but the film was so split up between different perspectives that there’s no time to know them beyond their fiery and efficient relationship. For a movie focused on feminism, they really gave their main, female, characters almost nothing to work with. Seems a downright shame.

“This continued blindness between us can only serve the oppressive system within which we live.” – Audre Lorde

It’s hard to write this review, because I genuinely do not like trashing a film, especially one trying to give an important message. But, at the end of the day, this film came out about fifteen years too late. We are in the era of films like Tangerine, Portrait of a Lady on Fire, Ready or Not, The Death and Life of Marsha P. Johnson, the list goes on. These films all are feminist in nature, but they go so far beyond that. They encompass trans rights, sapphic relationships, class difference, racial inequity, and some historical events! It’s not enough anymore to have a movie about a feminist event. Anyone can do that, and they have.

What we need now is art that speaks to the feminist cause. We need films that present what is truly at stake for trans women, women of color, sapphic women, sex workers, lower-class women, women in abusive relationships, disabled women, even the non-binary community needs to have a place in feminism. The face of feminism can no longer be the upper-middle class, straight, cisgender, white woman. They’re doing okay, actually, as far as oppressed groups go. Feminist art needs to focus on those who need their voices and their stories amplified to create change. Feminism is about those marginalized, and creating a better world for them. And Misbehaviour just won’t cut it. There are better stories to be told.

Thank you for reading! What are your thoughts on Misbehaviour? Comment below!

[…] is both a feminist tale and the coming-of-age story of a young woman who finds her voice. Vivian (Hadley Robinson) would […]