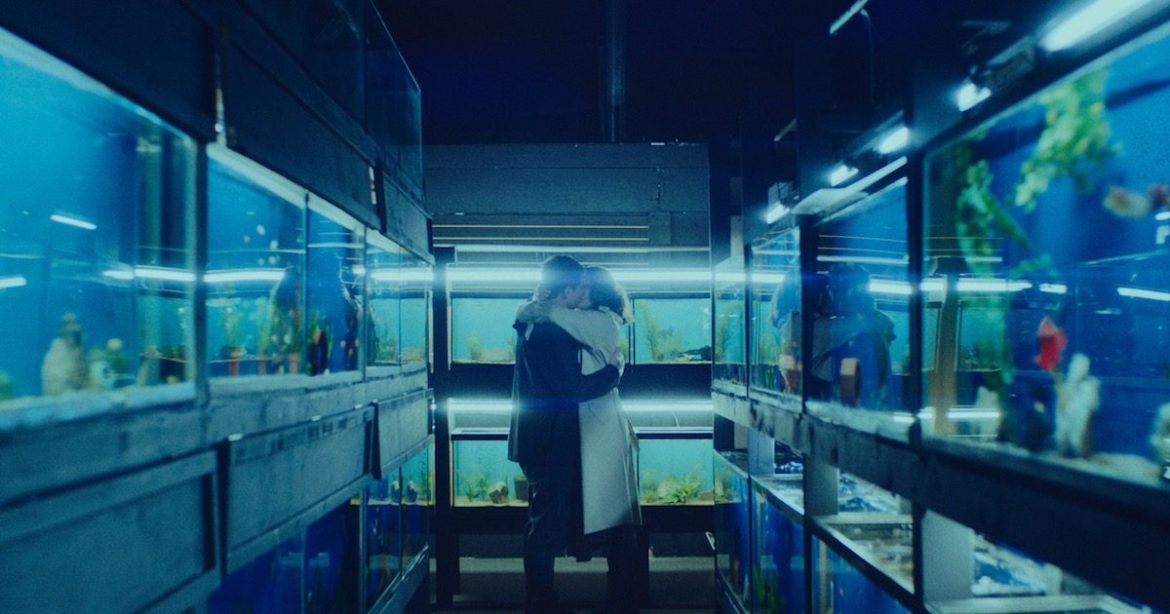 We’re getting to the point where noticing similarities between a movie and the hellscape that is the current pandemic is reaching levels of self-parody. (“She Dies Tomorrow has a virus that spreads from person to person, it’s just like COVID-19!!!”) If we’re not careful, it’ll turn into the next “[insert notable city here] is like its own character in the film.” That said, there are some glaring similarities between Little Fish and 2020, with a mysterious virus spreading around the world and seemingly no end in sight.

Little Fish‘s virus, dubbed NIA (neuroinflammatory affliction), causes memory loss, either gradually or immediately. Its origins and information on how it spreads are very murky to the scientific community, and director Chad Hartigan adds some clever touches of worldbuilding — instead of trying to beat it, many are simply trying to live with it. One unnerving scene shows a bus driver contract the disease, halt the bus, and instantly walk off into the distance; other scenes have people panicking with others they no longer recognize pleading with them to calm down. Many take to the internet to offer their own home remedies, which are as dangerous as you might have guessed. At least you can get heavily discounted tattoos to remember important information.

But the focus remains on one couple, Emma and Jude (Olivia Cooke and Jack O’Connell). Little Fish is not Contagion, but a tearful romance. Jude realizes he’s contracted the virus after he becomes a little more forgetful than the norm, and Emma must do whatever she can to help prolong his memory and, by extension, their time as a couple. Little Fish is a very solid metaphor for dealing with a loved one who has Alzheimer’s — the title itself comes from an important shared memory they have. One can also look at the nature of NIA as the feeling of living in quarantine with yesterday, today, and tomorrow all blending together.

Details start to get fuzzy for Jude. What color was Emma’s wedding dress? Who was even at the wedding? Hartigan has a few nifty tricks up his sleeve, with pieces of memories blurred out or hidden behind lens flares. Although, I wish the film was less plot-based and more experiential. Maybe something similar to Michael Almereyda’s Marjorie Prime, which has more time to explore themes of death and memory.

Thankfully, Little Fish has Olivia Cooke to lead the way. She exudes a sense of goodness few actors can muster, and gracefully relaxes the script’s affection for sappiness and largely unnecessary narration with her dignity as a performer. Quite often, Little Fish swings for the fences hoping to get a few tears out of you. Whatever emotions you feel watching it are thanks to her.

Thank you for reading! What are your thoughts on Little Fish? Comment down below!