written by The MovieBabble Staff September 24, 2020 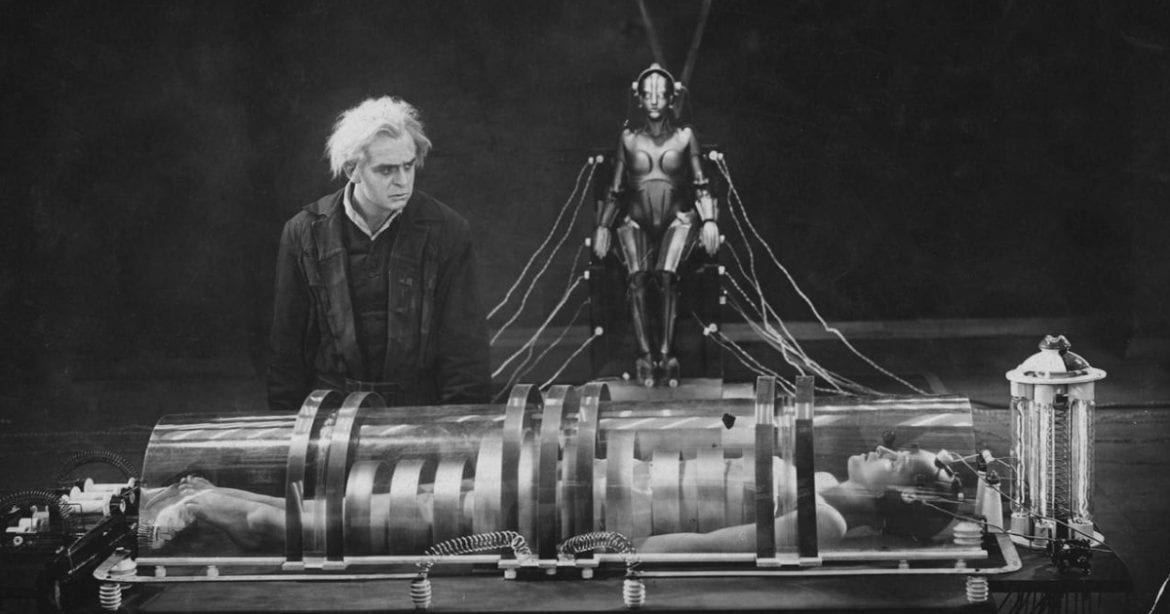 Not just the most underrated adaptation of Kurt Vonnegut’s literary works, but probably the best one as well. The sad tale of Howard W. Campbell (Nick Nolte), a Nazi-propagandist and an American spy, who after the war must deal with the existential consequences of living a double life. Heartfelt, though not without the occasional bout of Vonnegut style comedy. There’s also a beautiful poignant cameo by Vonnegut himself. (Available to stream on Vudu.)

On the surface, there’s not much new to this entry of the gangster genre. It features standard undercover cop drama, the split loyalty between one’s duty to the badge and the code of the streets. There are some bloody shoot outs, people curse a lot. Yet every so often I return to this film. Perhaps it’s the excellent cast, from Sean Penn, Gary Oldman, Ed Harris, Robin Wright, John C. Reilly, John Turturro, and Burgess Meredith. Perhaps it’s the beautiful mournful score by Ennio Morricone. Or perhaps it’s the explosive ending. The story is also inspired by the real-life antics of the Westies, an Irish gang who ruled the Underworld streets of Hell’s Kitchen, Manhattan from the late sixties to late eighties. Give this one a chance if you haven’t seen it. (Available to rent on VOD.)

In the last few decades, we’ve seen Robert De Niro, one of the greatest actors of our time, star in many duds. Being Flynn, an adaptation of Nick Flynn’s memoir, is not one of them. Paul Dano stars as Nick, an aspiring writer with addiction issues, who is reunited with his deadbeat father (De Niro) who has his own literary ambitions. Julianne Moore also gives another haunting performance as a depressive mother. For all its merit, I do wish the film retained the book’s original title: Another Bullshit Night in Suck City. (Available to rent on VOD.)

I will forever champion this film as one of the great (probably the last great) John Carpenter film. Largely dismissed as a big-budget remake of its predecessor, Escape from New York, the film’s satirical undercurrent is often overlooked. The film also has that wonderful anti-authoritarian slant so common in Carpenter’s filmography. Kurt Russell returns as the badass Snake Plissken and is accompanied by a masterful supporting cast, including Peter Fonda, Steve Buscemi, Stacey Keach, and even a small role from Bruce Campbell. (Available to stream on Philo.)

I was obsessed with this film when I was a kid. I played the PlayStation game, owned some of the toys, and even collected the sticker book. But even as an adult, the film absolutely holds up. This unrated Joe Dante vehicle has militaristic action toys gaining sentience and hunting down their docile action figures opponents — and any human who stands in their way. Besides the excellent cast — even involving the late great Phil Hartman in his last role before his tragic murder — it also features excellent voice work from Tommy Lee Jones, Frank Langella, Ernest Borgnine, George Kennedy, and even members of The Spinal Tap. And yes, since it’s a Joe Dante film, the late great Dick Miller is in it too. (Available to stream on Starz.)

A landmark sci-fi film, as well as a landmark in film history period. This almost 100-year-old silent epic remains timely in its themes and is something anyone even vaguely interested in film must watch. (Available to stream on Mubi.)

This is the gayest movie about a platonic friendship I have EVER seen. Two girls, one the ex and one the new girlfriend of Dylan Sprouse’s Nick, strike up a lovely friendship. Liana Liberato is slowly but surely making her way into my top celebrity crushes, and she crushes her performance in this. (Available to stream on Netflix.)

This is the blueprint for every dark and brooding man and every bookish, feisty woman. Colin Firth? Smashes it. Jennifer Ehle? Gorgeous. It can be consumed all in one lazy Saturday or over the course of a few weeks. Treat yourself to the resurgence of Austen fever! (Available to stream on Hulu and HBO Max.)

Perhaps the greatest rom-com of our generation. Incredibly thought-provoking. (Available to stream on Netflix.)

I just can’t get enough. (Available to stream on Netflix.)

Editor’s note: Nick denies this slander and fears an initially harmless Twitter joke has taken on a life of its own.

Quite a nice parody on Ghost Adventures and the like. An unlikely team of nerds and other misfits gather for their first paranormal investigation. Soon they learn an important lesson: things are not always what they seem… (Available to stream on Hulu, Prime Video, Tubi, and YouTube.)

The Possession of Michael King (2014)

Not the best horror movie ever made, but very entertaining. Lots of blood and gore. Very nice scare jumps. (Available to stream on Prime Video and Tubi.)

The bar for Planet of the Apes sequels (not prequels) is pretty low, but Beneath is the best, even if it isn’t very good overall. However, I admire the bold swings that this follow-up to 1968’s Planet of the Apes takes. When Charlton Heston’s Taylor goes missing (because Heston hardly wanted to do a sequel), we get a new talking-man who encounters an even more frenzied bunch of apes and a mysterious nuclear bomb worshipping cult of metahumans. What more could you want? (Available to rent on VOD.)

Certainly not Romero’s spookiest of horror movies, but a delightful and often disgusting romp throughout. Joined by talents such as Stephen King, Ted Dansen, Leslie Nielsen, and Ed Harris, Romero tells a fun and campily horrific series of shorts in this anthology film. (Available to rent on VOD.)

Thank you for reading! What are your thoughts on Quarantine Staff Picks: Part 25? Comment down below!