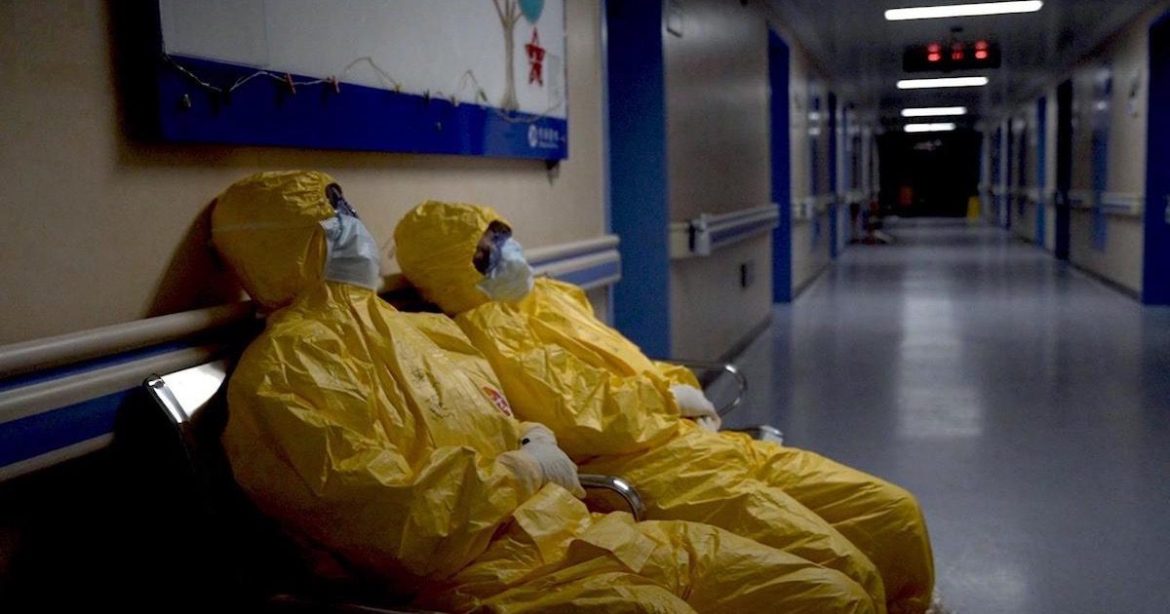 On January 23rd, a time that already feels like many, many lifetimes ago, Wuhan, China went under lockdown as the Coronavirus ravaged the region. Healthcare workers were left to play a deadly game of catch-up, understaffed and undersupplied as individuals rushed into various local hospitals seeking emergency medical attention.

The new documentary 76 Days from Weixi Chen, Hao Wu, and a Chinese reporter wishing only to be known as “Anonymous” to avoid attracting unwanted attention in China captures Wuhan’s initial lockdown period (which lifted on April 8th), acting as a fly on the wall as many doctors and aids worked around the clock to the point of extreme exhaustion. The opening sets the stage for what is an unbelievably harrowing documentary: a medical worker in a hazmat suit sobs uncontrollably while her dead father is rushed to the morgue. Lamenting she’ll never see her father ever again, her co-workers implore she calm herself — they need her to keep working if they have any hope in saving others and making a dent in the long line of people waiting outside for beds to open up. There’s no living in the moment, it’s all about what’s next.

From there, 76 Days doesn’t let up, showing the awful human toll the virus has put on the region. Even the paperwork, which often includes workers phoning families to let them know their loved ones died and they need to come to the hospital and pick up their phones, keys, etc., is extremely troubling. It’s relentless to the point of considerable fatigue. Even with a few moments of beauty (a very cute baby being born, workers connecting with some of their patients, etc.), 76 Days is mostly fragmented human suffering; vérité-style vignettes capturing a holistic view of the agony in Wuhan. It may feel like a rush job at times because, well, it is, but it’s still unfathomably urgent.

You can’t help but think you’re watching history occur in front of you. Along with Alex Gibney‘s forthcoming Totally Under Control (which chronicles the U.S. government’s botched response to the pandemic) and many other films we can only assume are in the works, 76 Days will almost certainly enter the canon of films capturing the COVID-19 pandemic future generations will use to look back and study the current moment. For all of us in the present, the documentary helps to shift the focus back toward individual trauma, offering a stark reminder that we’re all in this together, and there is still so much more to be done.

Thank you for reading! What are your thoughts on 76 Days? Comment down below!