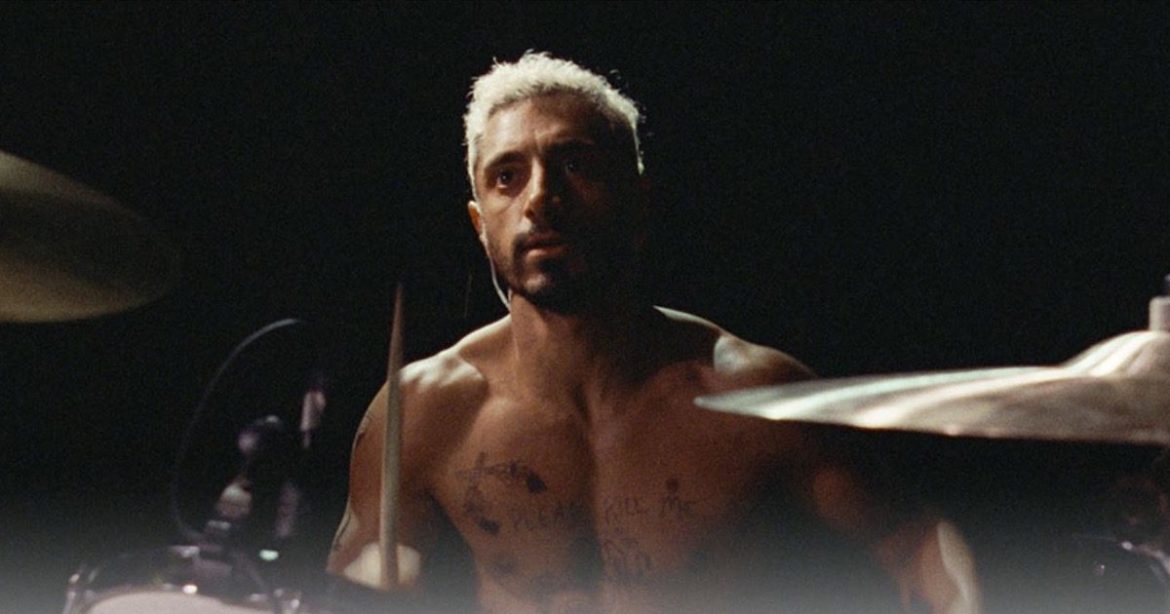 In case you weren’t already aware, Riz Ahmed is super talented. With Sound of Metal and Mogul Mowgli playing to overwhelmingly positive praise on the festival circuit, this is the sort of coming out party for Ahmed many have been waiting for since his breakout performance in Dan Gilroy’s Nightcrawler back in 2014. From the get-go, he commands the screen in Sound of Metal, offering a tenacious yet entirely vulnerable performance that is among my favorites this year.

On the surface, Sound of Metal is a movie that could devolve into mawkish drivel. Ahmed plays Ruben, a metal drummer who suddenly loses his hearing and thus the ability to continue to play on tour with his girlfriend, Lou (Olivia Cooke, who I really like and want to see in more good things and not bad things like Life Itself). I’m sure you can imagine the Oscar-baity version of this story from here: Ruben struggles mightily now that he can’t hear, goes through a major internal transformation, and pushes through in a journey of self-discovery to get back on stage and play his heart out in front of a roaring crowd. The camera zooms in as he has tears in his eyes, the crowd going nuts, and then…credits. You know, the sort of artificially uplifting movie that gives me extreme nausea.

But the Sound of Metal we got is not that. There are hints of that lesser version — Ruben’s chest tattoo that reads “Please Kill Me” is second only to the Joker’s “Damaged” tattoo in Suicide Squad in terms of on-the-nose-ness — but debut director Darius Marder never gives into those syrupy urges. Instead, Ruben stops playing and heads to a remote home where Joe (Paul Raci) leads a group of deaf people learning to live with their lack of hearing. Ruben has to learn sign language and take classes with deaf children while he saves up for cochlear implants.

Okay, so maybe that sounds syrupy too if you think about it hard, but I swear, Sound of Metal is very thoughtful about how it approaches its topic, mainly through its intelligent writing and deft direction as well as Ahmed’s performance. While Darius and Abraham Marder have screenwriting credit, Derek Cianfrance’s “story by” credit immediately caught my eye, as Sound of Metal echoes the hard-edge, grounded drama in his films. (And, a few of Riz Ahmed’s tattoos reminded me of Ryan Gosling’s hilarious ink in The Place Beyond Beyond the Pines.) The film takes its time and sits in each moment with Ruben, often in silence or with a low droning sound to show his perspective. The direction makes Sound of Metal a far more contemplative and empathetic experience, one that will slow you down instead of speeding you up.

The film is a great character study, and also a great examination of a way of life. As Joe tells Ruben, those that live at the house don’t view themselves as having a disability. Ruben struggles to admit this himself as he is so dead set on getting implant surgery and returning to his “normal” life when, in reality, embracing this community is the best way to achieve that sense of normalcy.

Thank you for reading! What are your thoughts on Sound of Metal? Comment down below!

What Would You Do if You Forgot the One You Love? Exploring a Memory-Loss Pandemic in 'Little Fish' | MovieBabble February 6, 2021 - 5:13 pm

[…] a world where a pandemic has broken out (imagine that!), Emma (Olivia Cooke) and Jude (Jack O’Connell) must figure out how to hold onto their memories of each other as […]

[…] Sound of Metal – Riz Ahmed is devastatingly good, but it’s the hope in the midst of this tragic story that affected me so greatly. […]