‘The Life Ahead’ Doesn’t Deliver on Its Weighty Themes 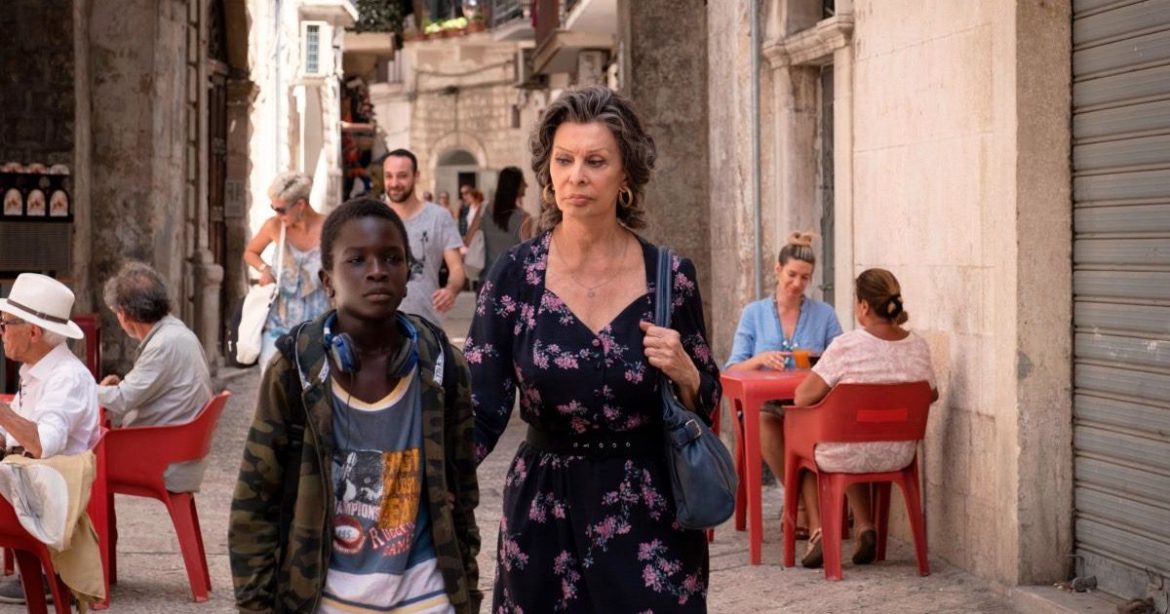 The first time I fell asleep during a movie was with Forrest Gump. Since I had missed quite a big part of the movie, I went to see it again. At the exact same moment, I fell asleep again! And then I just gave up. To this day, I still haven’t seen the full movie. I couldn’t let this happen to The Life Ahead, since I had a review to write. Yes, on Friday evening, I suddenly woke up and saw the Netflix logo instead of the movie. On Sunday, my bottle of Coke and I gave it another try and succeeded. But what exactly goes wrong with The Life Ahead?

I am certainly not going to say that Sophia Loren is a lousy actrice. Far from it. That would even be blasphemy! She was the reason I wanted to see The Life Ahead in the first place. My favorite movie with her is Una Giornata Particolare, which left me in tears. So did this one almost, but for very different reasons. What happened to the Diva? Will she ever return to her greatness? Or was this the last glimpse of a legend?

The Life Ahead is a remake of Madame Rosa (1977) with Simone Signoret; both are based on the same book, written by Romain Gary. Sophia Loren is Madame Rosa, a Holocaust survivor and an ex-prostitute who takes care of the children of local prostitutes. One day, a local doctor asks her to take care of a 12-year-old Senegalese refugee, Momo (Ibrahima Gueye). Madame Rosa isn’t too keen about this, also because the boy had robbed her earlier that same day. Momo himself isn’t very happy either; he clashes with the other kids and has to give up part of his freedom.

Wait a minute… Haven’t we all seen this before? Tough old lady/man begrudgingly has to take care of young rascal and then they somehow become emotionally dependent on each other. Hmmmmmm, not such an original idea. (Yes, Madame Rosa and Momo indeed become friends later on.) OK, let’s continue.

It is only mentioned two or three times that Madame Rosa survived the Holocaust (in Auschwitz). Momo sees a tattooed number on her arm and he notices that she cooks Jewish meals. But he clearly doesn’t understand what Rosa has been through; he sees/hears fragments but he is unaware of the bigger picture. The theme of the Holocaust and the prolonged grief that comes with it therefore doesn’t contribute enough to the movie.

There are some supporting characters who make The Life Ahead far more interesting, like transgender Lola (Abril Zamora), who has a troubling relationship with her father. She is not only Rosa’s friend but also keeps an eye on her and Momo. For me, she was the most likable and intriguing character of the movie. Too bad that we don’t see her more often in The Life Ahead. There is also Hamil (Babak Karimi), who owns a shop and tries to teach Momo a skill or two. But he too doesn’t get a lot of screentime.

There is certainly no lack of gripping themes (nor characters, for that matter) in The Life Ahead: immigration, drugs, refugees, transgenderism, old age… The problem is that they all seem to be crammed in the movie, without receiving the attention they all deserve. I am not sure which solution is the best: cut back on the number of themes or explore every subject in a longer movie or TV series. Moments of the movie seem out of breath, moving hurriedly from one theme to another. That, for me, is the biggest problem with The Life Ahead.

Make no mistake: Ibrahima Gueye is the star of the movie and is wonderful to watch. He delivers some very intense and heartbreaking scenes. He is the ruthless thief and drug dealer, the overjoyed kid with a new bike, the scared boy who misses his mother. And La Loren? I know that I am going to make a lot of enemies now, but this is not an Oscar-worthy performance from her. I couldn’t help but feel that she seemed lost. But the Great Diva is not completely gone. You can still see her, the way she carries herself, a fierce look in her eye. And when she dances with Lola, for example, SHE was suddenly back, and I had a tear in my eye. What a pity that it was such a short moment.

This was the third time that Loren worked with one of her sons, director Edoardo Ponti. But this is not the best attempt. In short: The Life Ahead is a bit of a mess and Sophie Loren gets outplayed by a younger actor. Should she have stayed in retirement? Remember what happened to the recently deceased Sean Connery? Despite a few minor film appearances later on, his last true role was The League of Extraordinary Gentlemen — not a great movie to be remembered by. Let’s hope La Loren gets to play at least one more great role. And let’s forget this movie.

Thanks for reading! What are your thoughts on The Life Ahead? Comment down below!