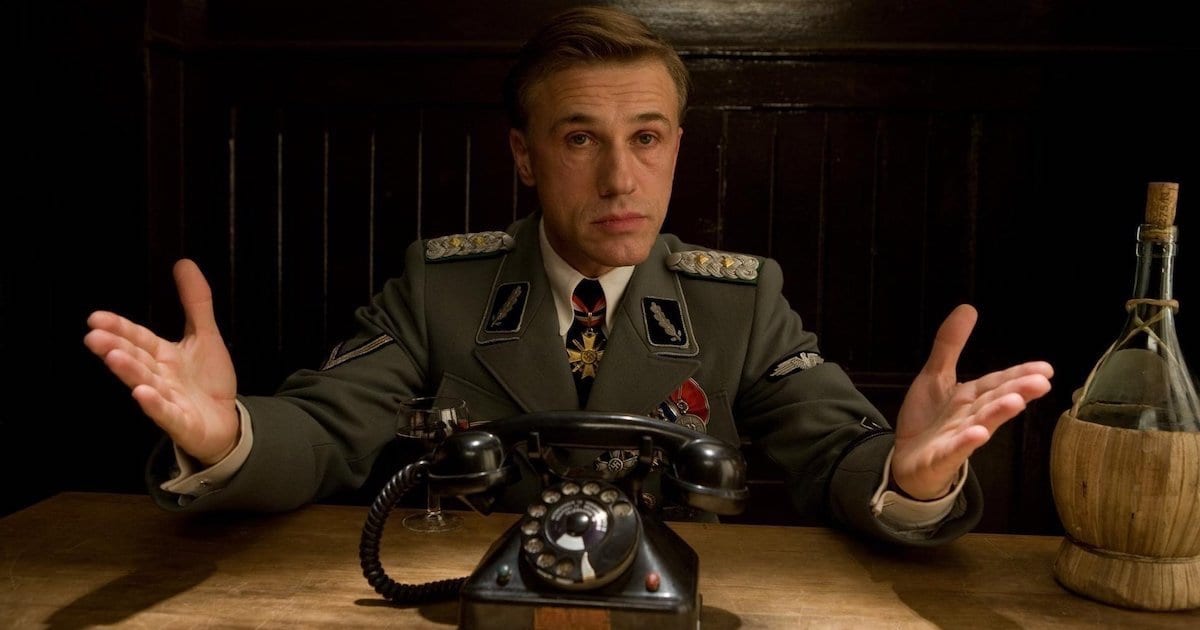 Every writer or director has his or her own signature style. Quentin Tarantino’s signature films contain violence, humor, a slightly out-there narrative, and many callbacks to the films ans shows that he loved growing up. His 2009 film, Inglourious Basterds, added a new dimension to his storytelling style: a historical film that is not exactly historically accurate, but still entertaining. 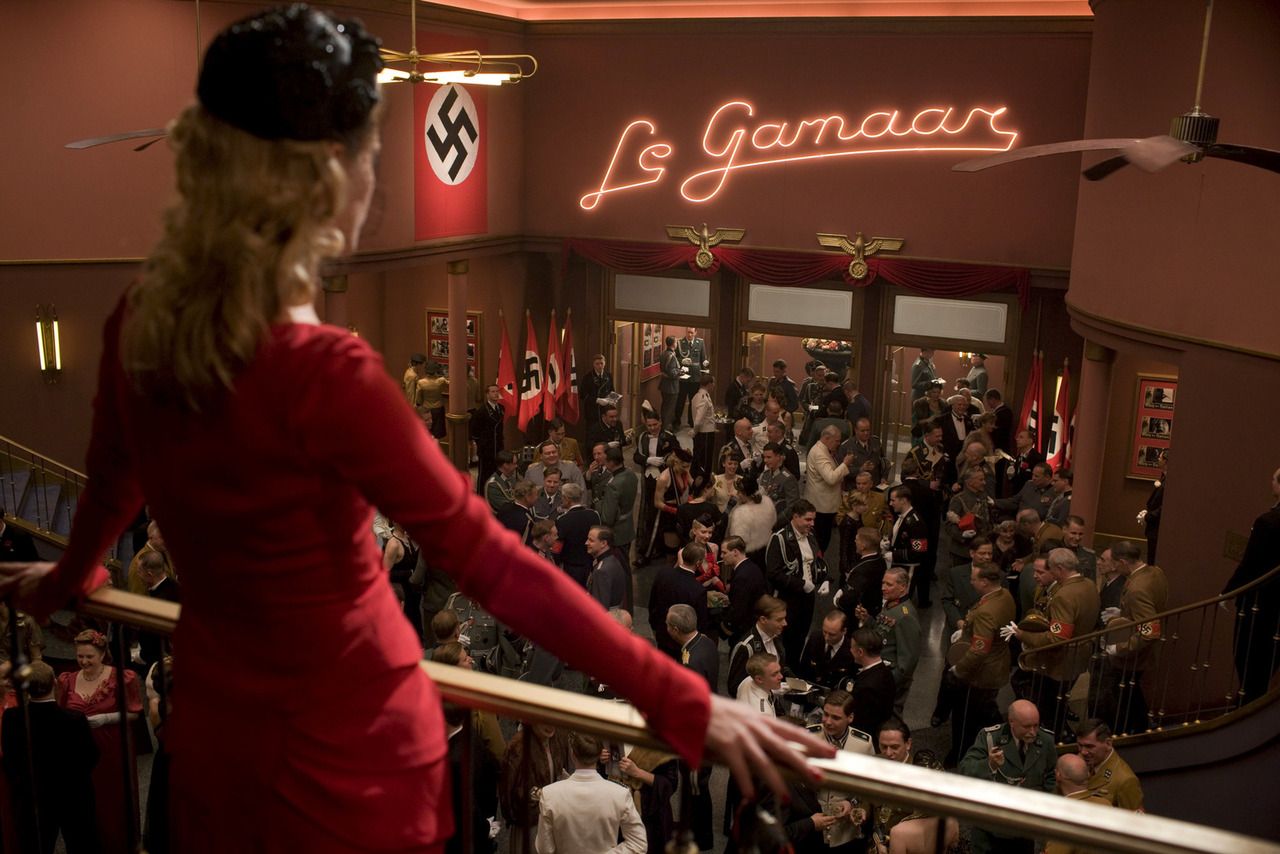 A little more than a century ago, my great-grandparents emigrated from Eastern Europe to the United States. They were Jews who dealt with poverty and prejudice on a daily basis. America was an oasis of freedom and opportunity that did not exist in Europe. When my great-grandparents left Europe, they also left family behind. That family was slaughtered in The Holocaust.

Though I am completely aware that Tarantino is not exactly adhering to the historical narrative, I am fine with the changes in Inglourious Basterds. When I leave the theater after seeing most Holocaust films, I feel depressed, sad and angry. When I left the theater after seeing this film, I felt hopeful and proud. Not only did the Nazis lose, but they were slaughtered by a Jewish woman.

The Rise of Christoph Waltz and Michael Fassbender

Most performers, actors included, do not become “stars” overnight. If they are lucky to build a solid career, it takes years (if not decades) of hard work, diligence, patience, and a little luck to have that big break. In Inglourious Basterds, two actors have what I could consider their big break: Christoph Waltz and Michael Fassbender.

Before Inglourious Basterds, Waltz was known in Europe for his acting but had yet to break into Hollywood. His role as the charming and sadistic Nazi officer Colonel Hans Landa is the standout performance of the film. In most films that cover this period, the Nazis are portrayed as out and out monsters (a la Ralph Fiennes in Schindler’s List). But in Tarantino’s film world, he subverts this character trope by initially introducing Colonel Landa as charming and amiable before revealing the true nature of the man.

Previous to his role in this film, Fassbender had quite the growing CV. Roles in the acclaimed 2001 miniseries Band of Brothers and the 2009 coming of age drama Fish Tank put his name on the map. But it was this film and the role of Lt. Archie Hicox that made his career blow up in unimaginable ways. These days, Fassbender is one of those actors who cannot be pinned down to a particular genre or character type. He has played romantic leads (Mr. Rochester in 2011 adaption of Jane Eyre, one of my favorite roles of his), complicated villains (young Magneto in the recent X-Men reboots) and the late Steve Jobs in the 2015 biographical film of the same name.

The Women Play Their Part

Shosanna Dreyfus (Melanie Laurent) is the only member of her Jewish family who is still alive. Her parents, brother, and uncle were all killed by Colonel Landa’s men in the opening act of the film. At this point in the war, there were only two options for the Shosanna and many of the Jews who in real life had not already been rounded up or murdered: go into hiding or wait for whatever plans the Nazis had for them. Neither is ideal.

Shosanna decides to go into hiding. She does not hide in a barn, behind a fake wall or is smuggled from place to place. She hides in plain sight. Presenting herself as a Christian woman, Emmanuelle Mimieux, she runs a movie theater. When the Nazis use her theater to celebrate the premiere of a film, Shosanna sees this as the perfect opportunity to get her revenge. (On a personal note, this is my favorite scene in Inglourious Basterds. I see it as a symbolic payback for the millions who did not survive and were unable to avenge their deaths.) 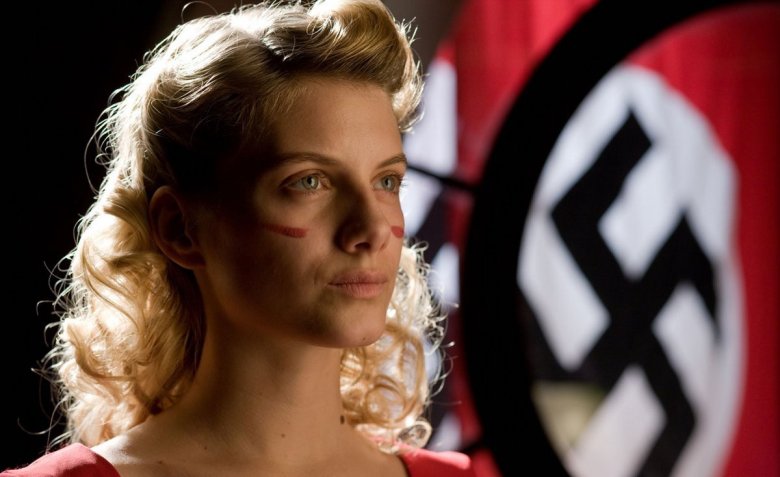 Bridget von Hammersmark (Diane Kruger) is the perfect undercover agent. She is intelligent, beautiful and a movie star. She is also not as loyal to Reich as she appears to be. Most men who encounter her are charmed by her looks and her status, blindly unaware of her true intentions. This mask works well for her until she comes into contact with Colonel Landa.  Though she is killed by the Colonel, this master undercover agent does not reveal her secrets, even when she is at death’s door.

In most male-driven espionage/war movies, female characters are limited in scope and narrative. As an example, when there are female characters in the James Bond films (with the exception of the more recent releases), they are limited to one of three character types. They are the love interest who will likely be replaced in the next film, the vixen whose job it is to lure James into the villain’s trap, or the throwaway one-night stand. In this film, Bridget is able to stand on her own as a character without relying on the female character tropes that traditionally exist in this genre.

Is Inglourious Basterds Historically Accurate? No. But is it Fun to Watch? Yes

Watching a movie is essentially suspending reality. We know that the people we are seeing on screen are actors paid to play that part, not real human beings. We know that we are watching something that is made up. But that is the fun of going to the movies.

That is also the fun of Inglourious Basterds. Tarantino may have played fast and loose with some of the facts, but he still remains true to the period. For me, it is the balance of the fantasy and the real events that anchor the story that makes this film watchable, enjoying and extremely entertaining.

Thank you for reading! What are your thoughts on Inglourious Basterds? Comment down below!

[…] was one of many films that were made and released during World War II. Many of these films were either political or militaristic in terms of the narrative. Only a […]

[…] life together, but also into the inception of chemotherapy in the 1950s, Nagasaki and Hiroshima in World War II and the Chernobyl Disaster. All of these are extremely effective not only in showing how impactful […]

[…] doesn’t leave you cold. Both Eve’s parents were Polish immigrants, Jewish, and Holocaust survivors. This in itself is already an incredible story and wonderfully documented. Eve starts her […]

Election Week and the Horrifying Dog in ‘Toy...